Published June 21st, 2021 - 12:58 GMT
At home within myself (Instagram)
Highlights
Miss de Wahls called the institution 'insane' and claimed it had 'dumped' her in the 'centre of a s***storm'.

An artist whose work was removed from the Royal Academy of Arts' gift shop because of her opinions about the 'ideology' of gender politics has demanded an apology over the decision or she could take legal action. 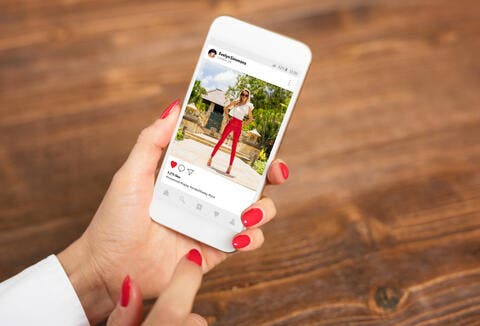 Why Are Women Changing Their Gender to Male on Instagram?

Jess De Wahls saw her textile creations 'cancelled' after noticing 'a mob' being 'mounted against' her on social media following comments she made about sex and gender in 2019.

In the essay she called a woman as 'an adult human female' and criticised controversial LGBT charity Stonewall.

'I have no issue with somebody who feels more comfortable expressing themselves as if they are the other sex (or in whatever way they please for that matter),' she wrote.

'However, I cannot accept people's unsubstantiated assertions that they are in fact the opposite sex to when they were born and deserve to be extended the same rights as if they were born as such.'

Following the backlash she said she was contacted by officials from the Academy who were investigating eight complaints of 'transphobia'.

However, Miss De Wahls claimed she found out the following day that her work would no longer be stocked after friends sent her screenshots posted on the Academy's Instagram stories, which announced the decision, and only received a call from the institution after that.

In a statement posted on Instagram, the RA said it had received complaints for selling works 'by an artist expressing transphobic views' and said that Miss de Wahls's work 'will not be stocked in future'.

The academy added: 'The RA is committed to Equality, Diversity and Inclusion and does not knowingly support artists who act in conflict with these values. We would like to reiterate that we stand with the LGBTQ+ community'.

Miss de Wahls called the institution 'insane' and claimed it had 'dumped' her in the 'centre of a s***storm'.

Speaking to BBC Radio 4's Today programme, she has now demanded an apology.

'They frantically tried to call me the day they realised that was a really bad PR decision,' she said.

'They contacted me the day after they posted it on social media. There was no point to that conversation… I don't know what they were looking for.'

Asked if she would pursue them legally in law if she did not get an apology, she said: 'I might do.

'But, to be honest with you, right now, I have the feeling that there is a hope within that institution, which is mind-boggling to me, that this just will go away… my inbox and the feedback I've been getting from the general public is quite the opposite.

Discussing her views further, she said: 'The only thing I can say to that is I have compassion for the journey they're going through, but I can't make myself believe something I don't believe to be true.

'I find it interesting that in this entire conversation we now talk about the nature of biological sex, that there's only two sexes, as an opinion. When has that become an opinion?

'This is the bit where it doesn't remove my compassion from that person, but I don't exist to validate other people's idea of themselves.'

Miss de Wahls had criticised 'gender identity ideology', warning that it enforced censorship akin to that found in the former Soviet empire and had a detrimental impact on the rights of women and girls.

Though she defended the rights of transgender people, Miss de Wahls claims her work was pulled from the gift shop as a result of a 'concerted effort' from online activists over her alleged transphobia.

She said: 'I worry that we have increasingly become a society where valid concerns regarding women's rights, children's safeguarding and freedom of speech, are being classed as hate speech to stop any debate from happening.

'I worry because this notion of 'wrong think' and wrong speak' feels eerily reminiscent of my East German childhood, and that's actually quite terrifying.' 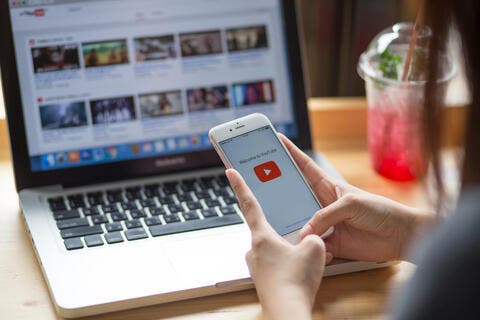 YouTube is to Ban 'Malicious Videos' Based on Race, Gender or Sexual Preference