Russian journalist Dmitry Muratov has auctioned off his Nobel Peace Prize medal for a record $103.5 million to help children displaced by the war in Ukraine. 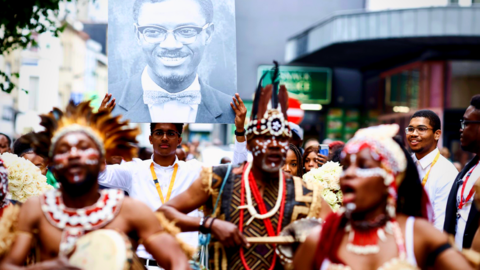 All proceeds will benefit UNICEF’s humanitarian response for Ukrainian children displaced by war, read a statement by Heritage Auctions, which conducted the sale in New York on Monday night.

The previous high for a Nobel medal was $4.74 million, paid for US scientist James Watson’s medal at an auction in 2014.

Muratov, editor-in-chief of the independent Russian newspaper Novaya Gazeta, was co-awarded the 2021 peace prize for defending freedom of expression in Russia.

He was among the people who started the daily in 1993, with the paper becoming known for its critical stance on Russia’s political and social affairs.

It was forced to suspend operations in March, just after Moscow launched its war on Ukraine.

“The most important message today is for people to understand that there’s a war going on and we need to help people who are suffering the most,” Muratov said in a video message released by Heritage Auctions.