“The Journey of Humanity” broke the Guinness World Record for the world’s largest art canvas when it was unveiled in February.

It was sold in its entirety to the chief executive of Altius Gestion International Holding, Andre Abdoune. The acclaimed artist had been selling 70 individual, framed sections of the artwork to raise $30 million for Humanity Inspired, a non-profit which funds charitable initiatives in the educational, digital, connectivity, healthcare and sanitation sectors.

Jafri started work on the painting, which is larger than 17,000 square feet, in March 2020 in Dubai’s Atlantis The Palm hotel.

“The Journey of Humanity” consists of the artist’s own handiwork layered over submissions by children from around the world. 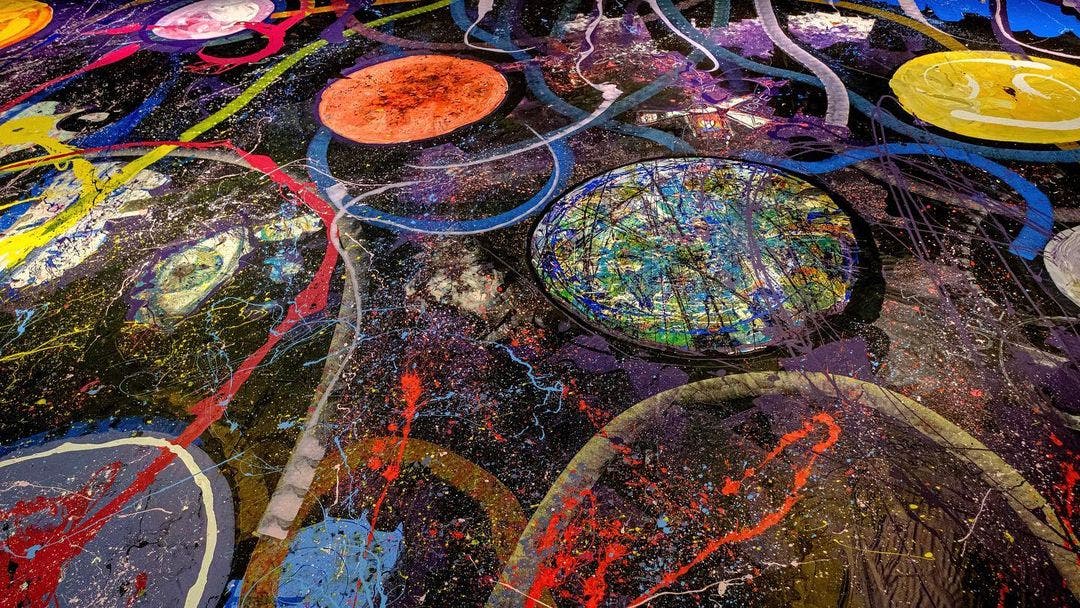 Jafri invited children to share creations inspired by effects of the pandemic on them, notably of isolation and connection.