Published August 14th, 2022 - 07:15 GMT
British author Salman Rushdie smiles as he attends a photocall with his book 'Quichotte' for the authors shortlisted for the 2019 Booker Prize for Fiction at Southbank Centre in London on October 13, 2019. (Photo by Tolga AKMEN / AFP)

Sales of the controversial novel 'The Satanic Verses' have significantly risen following the stabbing attack of the British-Indian writer Salman Rushdie in New York on Friday. 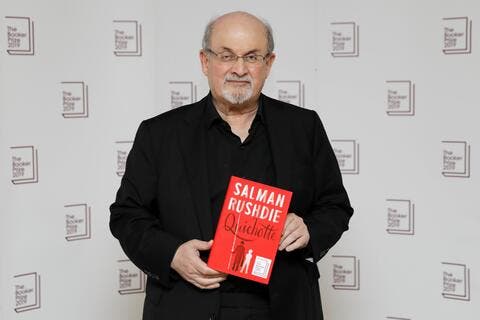 The award-winning novelist Salman Rushdie was stabbed ahead of a speech at the Chautauqua Institution in New York City, USA. The suspect was identified as Hadi Matar, a 24-year-old man living in Fairview, New Jersey. He was arrested moments after carrying out the attack by security forces.

The sales of The Satanic Verses are only about to skyrocket. The Streisand effect in action

US President Joe Biden has decried the "vicious attack" on Salman Rushdie and said that he pray for the novelist's health and recovery.

When his controversial novel was launched, a Fatwa was released by Ruhollah Khomeini, the supreme leader of Iran, in 1989 calling for his death along with high-range protests across Tehran where demonstrators held banners that read 'Kill Salman Rushdie' 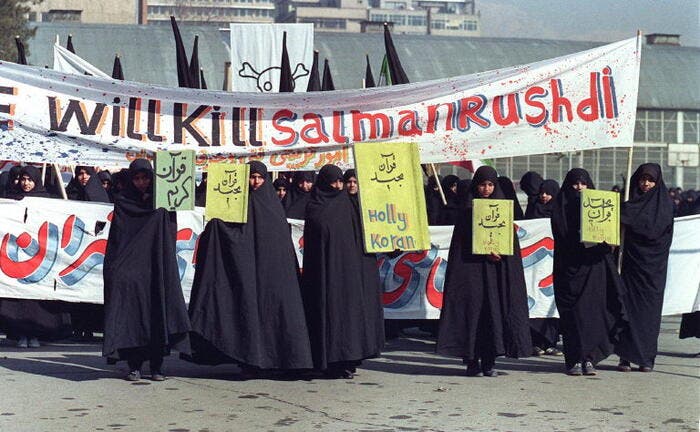 Salman Rushdie is the author of twelve novels; the first was Grimus in 1975, then he launched several ones including Midnight's Children, Shame, The Enchantress of Florence, and the latest was Quichotte which was launched three years ago.

His work often combines magical realism with historical fiction and primarily deals with connections, disruptions, and migrations between Eastern and Western civilizations, set on the Indian subcontinent.

His fourth novel 'The Satanic Verses was published by Viking Penguin on 26 September 1988 in the UK and on 22 February 1989 in the US.