Published April 27th, 2021 - 11:57 GMT
Afghan woman (Shutterstock)
Highlights
The footage emerged on Facebook on April 13 but is thought to date from late last year, according to France 24.

Footage of an Afghan woman being lashed 40 times by the Taliban has emerged in a stark reminder of the state of the country as the US withdraws its troops. 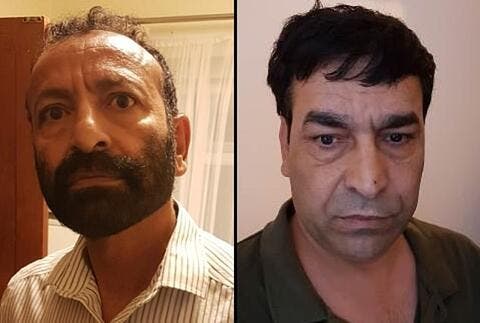 The Islamists, emboldened by Joe Biden's decision to pull troops out of the country, have warned the US and its Nato allies there will be 'problems' should they fail to beat a swift retreat in September.

Video of the woman being whipped for reportedly having a phone call with a man, serves to underline the power which the Taliban still holds over the country despite Washington's two decades of military intervention and trillions of dollars poured into improving life.

Dozens of local men watched the punishment being meted out as villagers turn to the Taliban to enforce justice, having no faith in the toothless government in Kabul.

Biden announced earlier this month his plan to withdraw the United States' remaining 2,500 troops on September 11, the 20th anniversary of the 9/11 attacks.

This appeared to be a unilateral decision which ignored the dates set down by the Taliban and Afghan government in their Doha Agreement in February last year following peace talks brokered by Washington.

It was billed as an 'agreement for bringing peace' and stated that US and NATO allies would have to withdraw from Afghanistan within 14 months, by May 1, 2021, provided both parties upheld their side of the treaty.

Afghan woman lashed 40 times by the Taliban ‘as punishment for talking to a man on the phone’ (video) https://t.co/K4RFfmzP4U #News #Afghanwoman

Biden's new timeline to September infuriated the Taliban which has now sought to distance itself from the US-led push for peace.

The group said earlier this month that its delegates would no longer travel to Turkey for a peace conference intended to jump start negotiations.

Taliban spokesman Zabiullah Mujahid said those responsible for delaying the removal of US and NATO troops from Afghanistan would be 'held liable'.

Writing on Twitter two weeks ago, Mujahid said: 'If the [Doha] agreement is breached and foreign forces fail to exit our country on the specified date, problems will certainly be compounded and those whom failed to comply with the agreement will be held liable'.

The news has sparked concerns the Taliban will push its spring offensive, a rise in attacks that usually takes place as the weather gets warmer.

Politicians on both sides of the Atlantic have warned that Biden's plan to withdraw risks creating a power vacuum which the Taliban is already seeking to fill.

Critics of the military exit will point to the footage which emerged of the woman being whipped in the village of  outside the village Haftgola, outside Herat, in the northwest of the country.

The footage emerged on Facebook on April 13 but is thought to date from late last year, according to France 24.

It shows the accused being led into a circle formed by dozens of male spectators to receive the punishment handed down by three Taliban elders.

One man first takes up the whipping before handing over to another who appears to lash the woman harder as she pleads for mercy.

'I repent, it's my fault, I messed up,' the woman cries as she writhes under her burqa.

The smart phone video shows the woman being led into the circle by a man with a white beard, one of the local elders.

It was he, along with two other elders, who acted as the self-proclaimed judges and passed down the sentence for the woman's 'immoral relations.'

The young man who spoke to her on the phone was also arrested and was being held in a prison cell at the time the footage was recorded, France 24 reported.

The Taliban court in Obe province meets three times a week, on Wednesday, Thursday and Friday, dealing with any complaints of the locals.

Experts say this is the system which is replicated throughout Afghanistan, the result of a failure of government to establish a central judiciary.

Often videos of the capital punishment emerge online as the male spectators film it on their phones and upload it to social media.

Atefa Ghafouri, a women's rights activist in Herat, told France 24: 'All of the men who attended the whipping were ordinary citizens, just people who live in the area. Lots of Afghans, especially those in rural regions, support these tribunals. In many parts of Afghanistan, the government has zero presence.

'There is no court where you can go and file a complaint. And even when there is some kind of court, the judicial proceedings are long and expensive, because you have to pay bribes so that someone actually works on your file.

'So, unfortunately, the only alternative is a Taliban court, which also happens to be rapid and free. People turn to these tribunals and find solutions for their conflicts and that builds legitimacy. The Taliban then impose their rules. The first victims of this system are women.'

The United States' nearly two decades of fighting and trillions of dollars spent on Afghanistan has done little put an end to the suffering of women in the country.

The Taliban gain more ground by the day despite the central government in Kabul, which will grow weaker as the final American troops leave the country in September.

Senate Minority Leader Mitch McConnell has called Joe Biden's plan 'reckless' and 'a grave mistake. It is retreat in the face of an enemy that has not yet been vanquished and abdication of American leadership.'

Others argue that it is the only possible conclusion to a fruitless effort to bring peace to a country which has claimed thousands of American lives, as well as those of their allies in Nato including British troops.

Experts have warned a successful withdrawal of troops hinges on a strong peace deal between the Taliban and Afghan government.

But months of negotiations, launched in Doha, Qatar, in September, have failed to yield tangible results, and violence in Afghanistan has spiked as the talks have stalled.

Relations within the Afghan government have also made negotiating a slow process as President Ashraf Ghani and Abdullah Abdullah, the government's peace talks representative, continue to bicker over policy.

An annual threat assessment by the US Director of National Intelligence released this week said the chance of a peace deal in the next 12 months 'remains low'.

It said 'the Taliban is likely to make gains on the battlefield, and the Afghan Government will struggle to hold the Taliban at bay if the coalition withdraws support'.

After withdrawing, the US aims to rely on Afghan military and police forces, which they have developed with billions of dollars in funding, to maintain security, though peace talks are struggling and the insurgency is resilient. 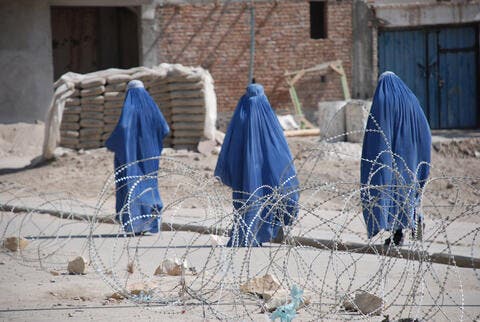 Great Change For Afghan Moms. See What it is!

A key reason for a coordinated withdrawal is the fact that Nato relies on US airlift capabilities and shipping to move valuable equipment back home out of landlocked Afghanistan.

Nato also wants to avoid any hardware falling into the hands of militants, as happened after the U.S. withdrawal from Iraq.