Published May 6th, 2021 - 06:41 GMT
The documentary The Forbidden Strings (Twitter)
Highlights
The 11th edition of the festival is a hybrid event with virtual and live screenings, the organizers have announced.

Six movies from Iranian filmmakers will be screened in various categories of the Queens World Film Festival, which will take place from June 23 to July 3 across the Borough of Queens in the U.S. city of New York. 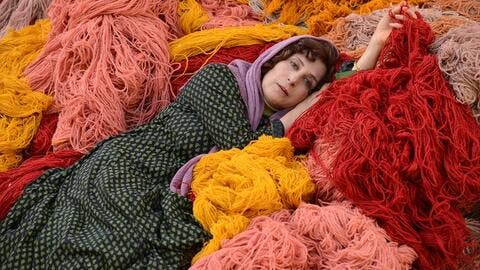 The 11th edition of the festival is a hybrid event with virtual and live screenings, the organizers have announced.

“The Forbidden Strings” by Hassan Nuri will be screened in the documentary feature competition, while “The Badger” by Kazem Mollai will be competing in the narrative feature section.

Very excited to announce that our New Release film, THE FORBIDDEN STRINGS is playing at @officialsbiff part of the Documentary Competition. The Drive-in screening is SOLD OUT! But if you are in California, you can watch it online at https://t.co/9w371gUSe3 #SBIFF #VeneraFilms pic.twitter.com/ihJC8Wtr2z

“The Forbidden Strings” is about Suri, Hakim, Akbar and Mohammed who have a collective dream to travel from Iran to their parents’ homeland of Afghanistan and perform at their first rock concert. Working as migrant laborers during the day, the group practices in a studio away from their families at night. Throughout their journey, the four young band members face the complicated nature of making politically-minded music that reflects their lived reality as migrants from Afghanistan.

“The Badger” tells the story of Sudeh, a 40-year-old woman who faces a strange incident right before her second marriage. Sudeh and her son Matiar live in an old apartment. One day, she hires a pest control company to solve the termite problems in the apartment. While the pest control company is working, Matiar is recording the procedures, as this is his hobby. The next day, Matiar gets kidnapped after school, and the kidnapper asks Sudeh to pay 10 Bitcoins for her son. Tremendous pressure is put on Sudeh, but the truth hidden beneath will surprise everyone.

“War and Peace” by Nima Hassanbeigi has been selected to compete in the documentary short section. It is an experimental and formalist movie in condemnation of war and in praise of peace.

“Cocoon” by Yavar Darehzami, “Wooden Sword” by Behzad Alavi and Susan Salamat and “Radde” by Ali Lavarimonfared will be screened in the narrative short competition.

“Cocoon” is about a short man who makes artificial limbs for himself, becomes tall and comes out of his house. We see that everyone is short. 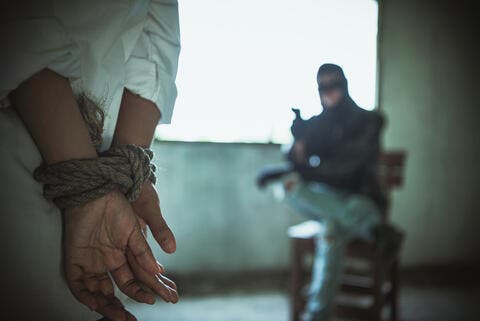 “Wooden Sword” tells the story of two young boys who meet on a park bench while waiting for their fathers to return. Little do they know that their fathers have not formed a friendship like they just have. Is what they see next something that might stay with them forever?

In “Radde”, the sea is dying and a lone fisherman tries to save it.