Hate crimes continue to increase in Spain and are one of the country’s “most serious challenges,” the nation’s interior minister said on Monday. 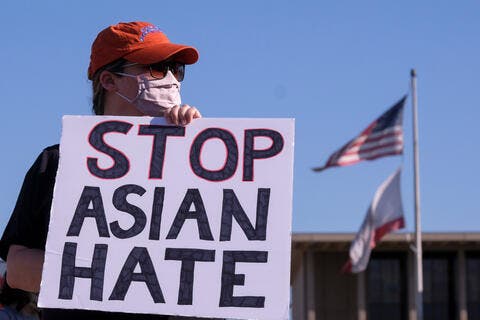 Hate Crimes Against Asian Pacific Islanders Spikes in The US

“The historical data reveals a rising trend since 2014,” Fernando Grande-Marlaska said. “What’s evident is that we’re living through a time of social tension and polarization … some ideological beliefs can incite racist or homophobic crimes, but it’s very complex.”

Hate crimes increase in Spain with a rebound against LGTBI people and xenophobia https://t.co/unuKikT6IT

In 2021, police investigated 1,802 hate crimes in Spain, according to the Interior Ministry’s freshly released report on hate crimes. That is up 5.6% from 2019 – the last year the offenses were studied – and up 42% from five years ago.

Racism and xenophobia were the leading causes of hate crimes in Spain, representing 35% of the total. They surged 24% compared to 2019. Hate crimes related to gender, sexual identity and sexual orientation came in a close second, making up one-third of all cases in 2021. That is up nearly 70% from 2019.

Ideological motives, on the other hand, dropped 45% and were the third-most common cause of hate crimes in Spain. Decreased tensions in Catalonia over independence are one reason why they may have fallen.

Physical violence was the most reported type of hate crime, followed by threats, other harm, and insults. Those crimes, however, may be the tip of the iceberg. Grande-Marlaska cited research that found around 80% of hate crimes go unreported.

🇪🇸 Homophobic and transphobic hate crimes rose by 67% in Spain in 2021 compared to 2019, according to official figures released today. https://t.co/LR7ChI8zq6

“That’s alarming because it means most hate crimes go unpunished,” said the Spanish interior minister. On an optimistic note, Grande-Marlaska said the resolution rate for these cases reached a historic high for Spain. Of all hate crimes reported to police, 62% were resolved — up 5% from 2019.