Suicide grief: what it means to lose someone to suicide

Trigger warning. This article talks about suicide, which might be distressing for some.

Everyday should be tolerance day!

ALBAWABA - Mental illnesses are among the leading causes of disabilities worldwide, and can sometimes lead to suicide. With 1 person dying every 40 seconds by suicide, around 800,000 lives are lost every year. These are lives that could have been preserved had the world given mental illness and suicide the importance and attention it needs.

But the thing with suicide is that its impact extends beyond just the lives lost because it also significantly impacts those left behind. A 2019 study shows that one suicide can affect up to 135 people, which means that for the 800,000 lost lives, around 108 million people are left to live with the debilitating aftermath of suicide.

The reality of things is that mental illness is one of the main drivers that can push people to end their lives and thus more has to be done to acknowledge the severity of mental illness and suicide. However, in parallel to these efforts, the world needs to realize that there are hundreds and thousands of people left behind with the crippling reality that they have lost a loved one to suicide. That is why it is imperative we raise awareness and show support to those living with suicide grief.

Writing this article reminded me of a difficult time that I went through when I found out that one of my close friends had a failed suicide attempt. Back then I had no idea she was struggling, which engulfed me with a deep sense of guilt and regret. I couldn’t help but think that as her friend, it was my responsibility to look for signs and help her. Soon, I found myself spiraling into a never-ending cycle of guilt that took me years to break. And even though this happened over 6 years ago, I’m still filled with so much anxiety and dread every time I call or text her and she takes too long to respond. This deep sense of worry also crept into other relationships, and I spent years trying to overcome the crippling anxiety that comes with it.

But not everyone is as lucky as I was.

While I was lucky enough that my friend survived, I know for a fact that thousands of people aren’t. Thousands, if not millions, of people, have to live with losing someone to suicide and the aftermath that such a loss entails. The kind of agony, grief, and even guilt that many people face goes beyond our comprehension, and that is why it is imperative that we raise awareness and learn about the grief that comes with losing a loved one to suicide.

Just like other complex and heavy emotions, suicide grief is a normal and natural response to losing a loved one to suicide. Losing a loved someone is in itself a deeply painful experience, however, for those experiencing suicide grief, these emotions tend to be magnified and accompanied by guilt, shame, and regret. From one end, a suicide survivor can be filled with so much guilt and even start blaming themselves for not being more supportive. Thoughts of what they could have done differently to prevent this tragedy might hold many people captive. Whereas on the other end of things, suicide survivors might find themselves stuck and unable to seek support because of the shame and stigma surrounding suicide.

The intense feelings and emotions that come with losing a loved one to suicide can even result in an increased risk of developing mental illnesses. Therefore, it is pivotal that people become more aware of the concept of suicide grief, how to cope with it, and raise awareness to break the stigma.

When someone you love dies by suicide, your emotions can become so overwhelming that you might feel like you are drowning. That is why it is instrumental that you learn how to feel your feelings and sit with them without allowing them to completely consume you.

Here are some ways that can help you cope with your suicide grief:

- Do not fight your feelings

Remember, your emotions and feelings are not your enemies. Learn how to sit with them and feel your full spectrum of emotions. Whether it is guilt, anger, hurt, confusion, or heartbreak, you need to feel your feelings and allow them to pass.

Healing and overcoming grief is not linear.

Understanding and realizing that setbacks are part of the process is important to avoid blaming yourself. It is important to know that there will be good days and there will be bad days. But regardless of the kind of day you are having, always remember that you are still moving forward even if it does not feel like it.

As cliche as you might think it sounds, you need to remember that you are not alone.

Sometimes talking and sharing your experience with others can help you feel validated, seen, and less alone. Whether it is talking to a friend, or a professional, or joining a support group for suicide survivors, it is pivotal to ask for help if you feel like you need it.

And remember, asking for help does not make you weak, it makes you human. 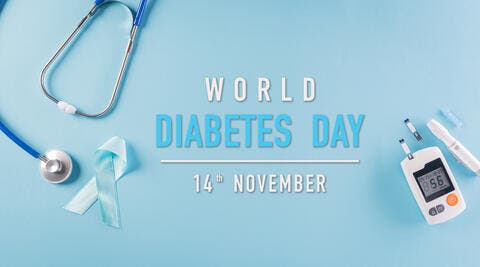 Diabetes does not have a single face

We cannot deny that suicide is a tragedy that can strike anyone, and it is our responsibility to help normalize the conversation, raise awareness, and learn how we can support those in need.

International Survivors Of Suicide Loss Day should be something we practice and advocate for every single day.

And remember to be kind, you have no idea who might need it.