A Syrian Refugee Wants to be a Doctor in Türkiye

A Syrian medical student wants to serve as a doctor in Türkiye to show his gratitude to the country for welcoming his family, who was seeking refuge after the Syrian war erupted. 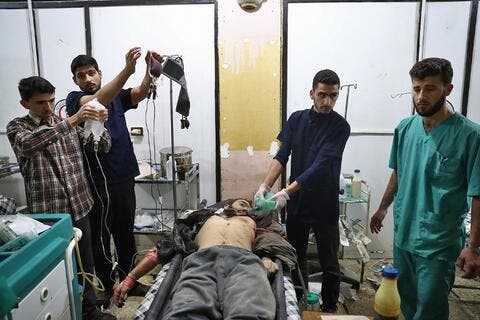 Syrian medical student finds her brother as a cadaver

Emin Bereket, 21, told Anadolu Agency that he fled Syria with his family after forces of the Bashar al-Assad regime besieged Aleppo in 2014.

Bereket, who achieved a high score in the Foreign Student Exam (YOS) in Türkiye, started studying at the Faculty of Medicine at Istanbul Medeniyet University, where he is now a second-year student.

"As a refugee, being a doctor is very important. You came out of the war as a child and suffered traumas. Despite this, you strive and succeed,” he said.

"Türkiye was the only country that opened its doors to us. It did not separate us from its own citizens. It allowed me to study and receive an education in very good conditions here.”

On the increasing anti-refugee rhetoric around the world, Bereket quoted Albert Einstein, who was also a refugee, as saying: “A bundle of belongings isn’t the only thing a refugee brings to his new country.”

“A refugee can add a lot to the country…We can pay our debt to Türkiye in a good way," he added.

Over 14 million people had to flee their homes, becoming refugees or internally displaced, according to the European Union.

More than 3.7 million Syrians currently reside in Türkiye, making it the world's top refugee-hosting country. Following the start of a bloody civil war in Syria, Türkiye adopted an "open-door" policy for Syrians fleeing persecution and brutality.

German Chancellor Scholz Warnes of a 'World Without Rules'