Thai Woman Dies Whilst Playing on Her Smartphone!

Published May 10th, 2021 - 05:44 GMT
Mobile phone (pixabay)
Highlights
'My wife did not move up when I tried to wake her up. I knew there was something seriously wrong.

A Thai woman was found dead after she was electrocuted while playing on a new smartphone as it charged. 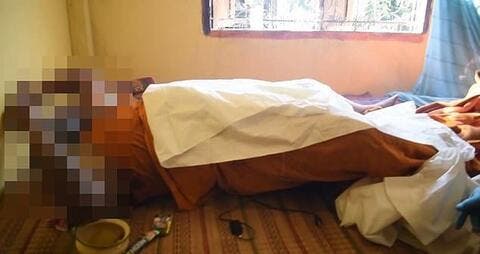 Buddhist Monk Dies While Playing on His Mobile

Yooyen Saenprasert, 54, was on the bed with the charger cable resting on her arm while it was plugged into the mobile device and the mains at the home in Udon Thani province, northeastern Thailand on May 6.

Saenprasert loved playing games on the smartphone while relaxing in bed in the evening, according to her husband.

Russian girl, 15, is electrocuted by her phone charger after plugging it in while she was in the bath https://t.co/kKrgfgFYVu

Her husband Praiwan Saenprasert, 54, left her alone in the evening to visit their fishpond but he found his wife unconscious with burn marks on her hands when he returned later that night.

Paramedics arrived to try and revive Yooyen but she is believed to have been dead for more than four hours since her body was found.

Devastated husband Prasit said he bought the smartphone for her as a birthday gift two days before the incident so he could not believe that this happened to his wife.

He said: 'My wife did not move up when I tried to wake her up. I knew there was something seriously wrong.

'We only had each other. We did not have a child. I bought that phone two days ago for her so I could not believe this happened.'

Football fan is ‘electrocuted by his phone’ as he watched a match on his handset in bed https://t.co/au8uhbZw4J

Prasit added that his wife loved playing mobile games while she was relaxing on the bed but they did not know that it could be dangerous to do it while the phone was charging.

He said: 'She liked to play games on her smartphone in the evening. We did not know that it was dangerous.'

The police found bruises on the woman's right hand which were believed to have been sustained from an electric shock. 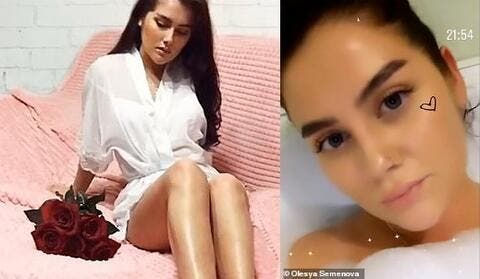 Video: Woman Dies After Dropping Her Charging iPhone in The Bath

One of the officers said that the family did not believe there were suspicious circumstances in the woman's death but they still took the body to a hospital for a post-mortem examination.

Lieutenant Colonel Mangkorn Chomkot said: 'We took the body to the police hospital for them to confirm the cause of death. The funeral will be organised by the family later.'