Why Are Thousands of Jehovah's Witnesses Gathering in Denmark? 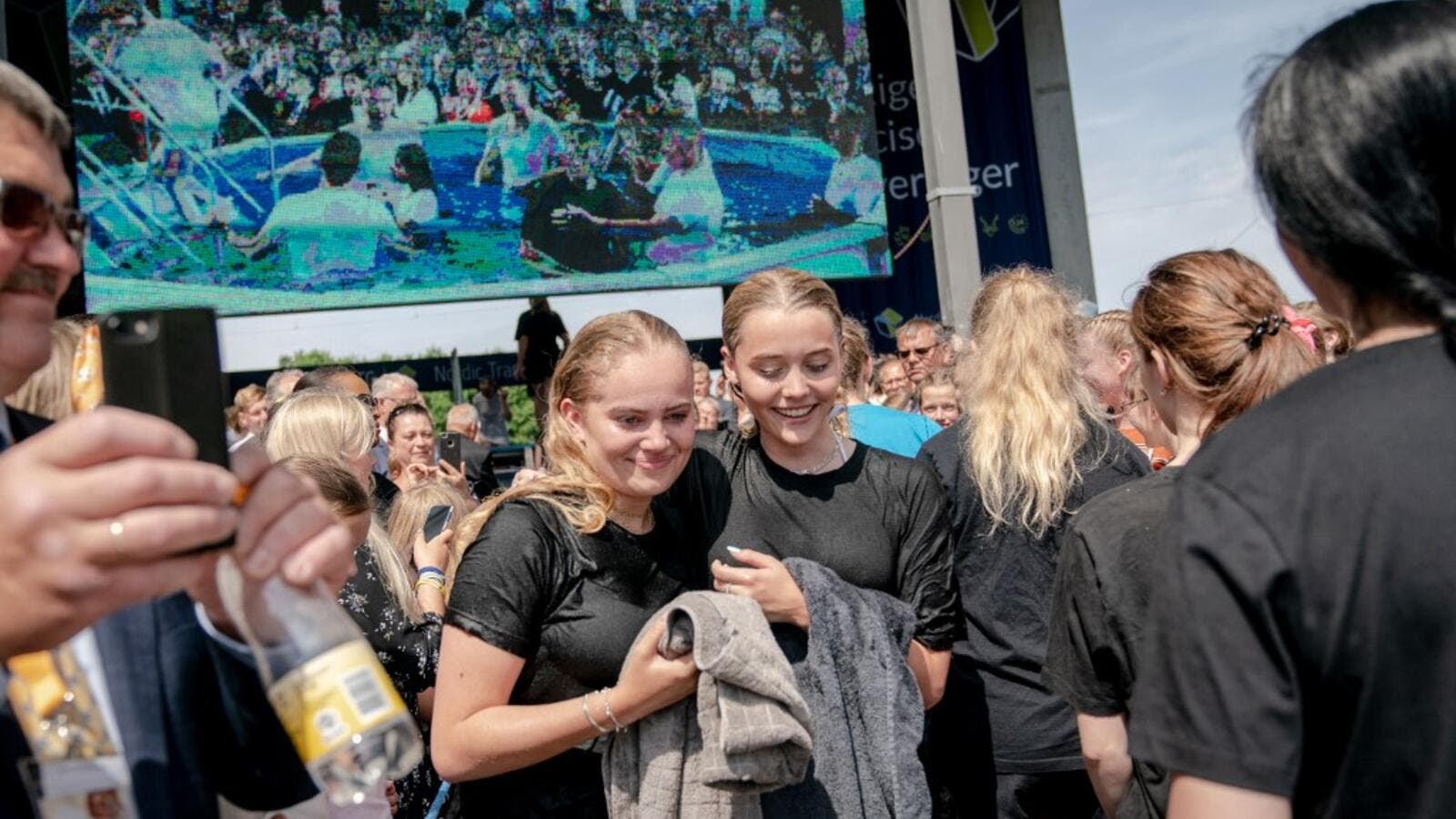 Jehovah's Witnesses react after receiving the baptism during a group baptism event during an international convention at Broendby Stadium on July 20, 2019 in Copenhagen. Ida Marie Odgaard / Ritzau Scanpix / AFP
Highlights
Adherents congregated at Brondby football stadium, in Copenhagen, for the meet-up, which also sees them discuss Bible topics and relate personal experiences.

Thousands of Jehovah's Witnesses gathered in Denmark today for an international convention which saw some of their flock baptised in full-body immersion.

The Christian group - well-known for its door-to-door preaching and distribution of literature such as The Watchtower - holds such conventions several times a year around the world.

Adherents congregated at Brondby football stadium, in Copenhagen, for the meet-up, which also sees them discuss Bible topics and relate personal experiences.

Up to eight men, wearing white, welcomed those about to be baptised, who wore black, as they entered the above-ground deep pool, in front of a large crowd.

Before their baptism, the candidates would have made a public declaration of their faith before being sent to get changed.

They are then led to the pool and immersed by a congregation elder. To qualify for a baptism, the candidate would have undergone a period of Bible study and also preached about God's Kingdom.

And after the baptism, they become one of Jehovah's Witnesses.

Organisers of the Copenhagen convention were very specific about which branches would be invited to attend, namely those from Australasia, Brazil, Central America, Central Europe, Colombia, Dominican Republic, Finland, Georgia, India, Japan, Poland and the United States.

The Jehovah's Witnesses' belief system includes the concept of Salvation. They believe that deliverance from sin and death is possible through the 'ransom sacrifice of Jesus'.

In order to benefit from that sacrifice, people must not only exercise faith in Jesus but also change their course of life - and get baptised.

According to the organisation's official website, there are more than 8.57million people who identify themselves as Jehovah's Witnesses around the world (including approximately 1.5million in the US). Denmark has around 14,600 members.