Published July 4th, 2021 - 07:31 GMT
Ludovica Sannazzaro lives in an Italian castle that’s been in her family for 28 generations. (Twitter)
Highlights
The castle features 45 rooms and 15 bedrooms, covering 107,639 sq ft, and the rooms are furnished in an 18th and 19th century style.

A teenager whose family lives in a medieval castle in Italy has become a viral sensation with TikTok videos showing what life is really like, from a patchy Wifi connection to how cold it can be. 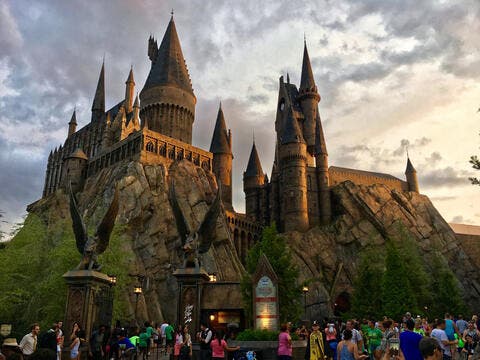 Ludovica Sannazzaro, 19, grew up in Castello Sannazzaro, a 12th-century castle near Monferrato in the Piedmont region of northern Italy.

The performing arts student, who studies in New York City, had to move back to Italy during the Covid lockdown where she started to create videos about living in the castle on her TikTok account, The Castle Diary.

Working Wi-Fi is just one of the challenges of living in a 12th-century castle, as humorously depicted in Ludovica Sannazzaro's online vignettes, "The Castle Diary."
https://t.co/anT88Sw3ns pic.twitter.com/NSUIHziR42

The castle is almost 900 years old and has been passed down through the Sannazzaro family for 28 generations.

Student Ludovica Sannazzaro's 12th-century castle has been in her family for 28 generations, and is now the featured setting for her TikTok vignettes, "The Castle Diary." Seth Doane pays a visit to learn the secrets of modern-day castle living #homeshow https://t.co/FAhxXrzmKM pic.twitter.com/bUQnNBp2Z6

It was inherited by her father, Count Giuseppe Sannazzaro, in 1986 from a great-aunt with the family moving into the castle in 2006, and it now operates as a bed and breakfast for guests.

Speaking to Insider, Ludovica said: 'When I was younger, I used to watch Disney movies with princesses, and I could pretend that I was them running around the castle or dancing in the ballroom.

Ludovica Sannazzaro lives in an Italian castle that’s been in her family for 28 generations.https://t.co/ZrN8BTNYAK

'At first, I didn’t even realise that I was living in a place quite like this. I was raised here and I grew up here, so sometimes I forget how amazing this is because it’s just my house.'

The teen documents her fairytale life on TikTok showing both the up and the downsides of living in Castello Sannazzaro.

In one hilarious video, she shows her daily struggle to collect her packages off the postman.

The clip shows Ludovica sitting eating her dinner when a bell rings and she hurries across the large castle, through ballrooms and down staircases to reach the gate.

However, just as she arrives the post van disappears around the corner as it took her so long to get across the castle to answer the bell.

She captioned the video, writing: 'Every day the same story...and I never get my packages'.

Another video with almost nine million views, she lists the other problems with living in the dream house such as the heating, the poor internet connection and the inconvenience of the size of the castle.

She captioned the video, writing: 'Everyone wants to live in a castle till they find out...

'The wifi never works... it's always freezing cold... cleaning takes ages... if you want something you have to walk a marathon.'

Ludovica also revealed the struggle of trying to find where other family members were in the 45-room house saying that they sometimes 'spend a lot of time just walking around' looking for each other.

Many of the videos featured on her TikTok show glimpses of the rooms in the castle, from ballrooms and libraries stacked with books as well as fresco ceilings and historical family portraits hanging on the walls.

It also shows the vast gardens and grounds as well as a secret passageway under the castle that the family now use as a wine cellar.

As well as the ancient furnishings and historical artifacts in the house, the castle also contains many pieces of vintage clothing from ballgowns to military uniforms.

Ludovica often dresses up in the vintage clothes and in one TikTok clip, she reenacts a day from the past with her friend as they don old-fashioned dresses and do embroidery. 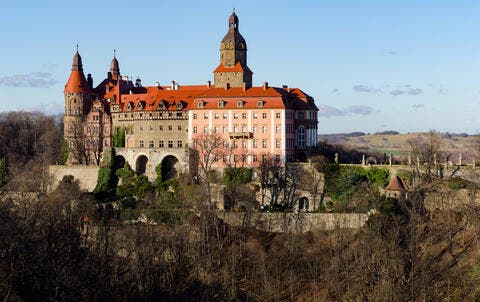 Poland Could be Sitting on a Pile of Nazi Gold. So Keep Digging!

However, the teen shows how normal her life actually is despite the historic surroundings as her and her friend sit on the couch watching Netflix instead.

Enviable TikTok users flooded to the comments, with one joking: 'Do you need any more roommates?'