TikTok: Several Men Cut Off a Man's Head on Camera

Published June 10th, 2021 - 09:31 GMT
male hands cut off the head (Shutterstock)
Highlights
According to a Newsweek article, the video has since been added to TikTok's "Hashbank" system, which now automatically detects it before it's posted.

An extremely graphic video that recently went viral on social media app TikTok includes footage of a young man getting decapitated in a bloody bathroom. 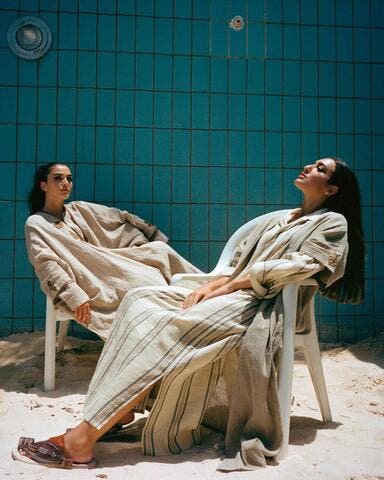 'Beitna': The First TikTok House in The Middle East is based in Amman

The video was shared by user @mayenggo3 - who has since been banned - and  starts with a girl dancing in front of a camera in a black tank top and white shorts.

Seconds later, it cuts to the gory scene where several men, speaking Spanish, saw off a living man's head.

The clip has sparked outrage and demands for TikTok - the social media site most popular with young teens and kids - to tighten up its security.

A spokesperson for TikTok apologized for the security breach in a statement to Newsweek about the incident.

'We appreciate the concerted effort by our community to warn about an unconscionably graphic clip from another site that was spliced into a video and brought onto TikTok,’ the spokesperson said.

‘The original video was quickly removed, and our systems are proactively detecting and blocking attempted re-uploads of the clip to catch malicious behavior before the content can receive views. We apologize to those in our community, including our moderators, who may have come upon this content.’

According to a Newsweek article, the video has since been added to TikTok's "Hashbank" system, which now automatically detects it before it's posted.

A TikTok content moderator spoke to Newsweek about the incident and said that whoever posted the video most likely breached the app's AI security system by editing the original dance video to include the graphic scene.

The app's AI server automatically scans videos for graphic content. But users could deceive the AI by reformatting their videos multiple times and adding the graphic content in later.

'Only when a video reaches 500 views is it then sent to be moderated by a human,' according to the Newsweek story, which explains that the graphic scene was taken from a video that has been shared in various Internet spaces since 2019 and allegedly features a 19-year-old boy in Mexico.

According to TikTok’s community guidelines, the app does not permit ‘content that is gratuitously shocking, graphic, sadistic, or gruesome or that promotes, normalizes, or glorifies extreme violence or suffering on our platform.’

‘When there is a threat to public safety, we suspend or ban the account and, when warranted, we will report it to relevant legal authorities,’ reads the community guidelines. It is unclear whether TikTok contacted law enforcement to investigate the video and find out its origin.

The account that shared the video has since been taken down and the identities of the girl, victim and other men in the video have not been verified.

Heavy sought answers by having the video translated by fluent Spanish speaker Juan D. Sanchez. Although some speculated that the victim was the same girl in the video's introduction, Sanchez said that the victim must be a man because the assailants refer to him as 'puto,' or a masculine form of the Spanish slur meaning 'a**hole'.

Another social media theory was that the video was a depiction of a cartel killing, but the men in the video don't refer to a cartel. Instead, according to Heavy, they say, 'This is what’s going to happen to all sons of b*****s, s**t. Just like this whore, Pillo.”

Pillo is a male nickname for Guadalupe, Lupe or Lupillo. Sanchez added that their accent and intonations indicate that they may be from the Guanajuato or Jalisco area.

In the days following the video's share on TikTok, many shared their shock and horror on accidentally viewing it. Twitter user lexi28 wrote, 'why is the video of the girl getting her head chopped off going around again? please be careful on tiktok.'

Another user, named k, wrote, 'if ur on tiktok, PLEASE be careful!! someone uploaded a video of a beheading, the original got taken down but other accounts are re-uploading it. it starts with a video of a girl dancing to d!ck by starboi3 and doja cat then it cuts to the graphic video.' 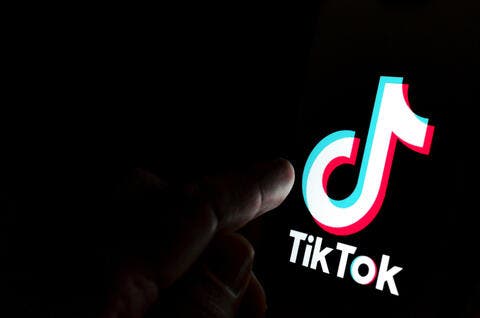 And a user named Faye shared that she was duped by the video and warned others against viewing it. 'Found out the hard way there is a video going around tiktok that shows an actual human decapitation. If you see a young woman with long dark hair, black tank top, and white shorts dancing to Doja Cat, IMMEDIATELY swipe away. If you see any videos of anyone talking about it, pause.'

This isn't the first time that graphic videos depicting death went viral on the app. In October 2019, the Daily Mail reported that a number of accounts linked to ISIS were removed after posting clips depicting beheadings and torture. And in September 2020, TikTok made headlines after a man's suicide video went viral on the app. The video used the same technique to surpass TikTok's security by splicing the video with unrelated content.