Towards a Self Sufficient Jordan: New Wheat Growing Project Launches in Amman

Published October 6th, 2020 - 06:03 GMT
Image by Zikra Initiative
Highlights
At the end of the season, each participant will get a ration of wheat of that suffices a small family for about a year. Part of the harvest will be provided to support families suffering from difficult economic conditions (wheat Zaka).

"Do you want to learn how to grow wheat in the capital, Amman, from start to finish? Do you want to plant your wheat and have enough stock for about a year? Want to know the different products and foods we can make from wheat grain other than flour? Do you know that Jordan imports 97% of its wheat and grains needs and that it is the main source of energy and calories for Jordanians?"

With these questions Rabee Zureikat, founder of Zikra Initiative, started calling people in Amman to join a new project to grow wheat, inspired by the lockdown and necessity to have a stock of food to sustain oneself and family at all times.

"Our food is controlled from outside, and it is possible in any circumstance that we become deprived of it under political or other pressures. We do not have sovereignty over our food and the reason is simple because most of it is not produced in Jordan. For this reason, it is necessary to start thinking about how to produce our food ourselves by investing in the available resources.” Zureikat added.

Amman has many empty land spaces with fertile red soil suitable to grow rain-fed crops, especially wheat. Thus the idea of ​​investing these lands and cultivating them collectively began among the people of the city. “So we posted a call on Facebook a while ago asking land owners if we can use the spaces, and the response was very fast; lands were provided in different areas and in several neighborhoods, including: Deir Ghbar, Al Madinah Al Munawara Street, Al Manhal Roundabout, Dabouq, Sweileh, Badr Al Jadida, Jabal Al Weibdeh, and Jubeiha," he explained. 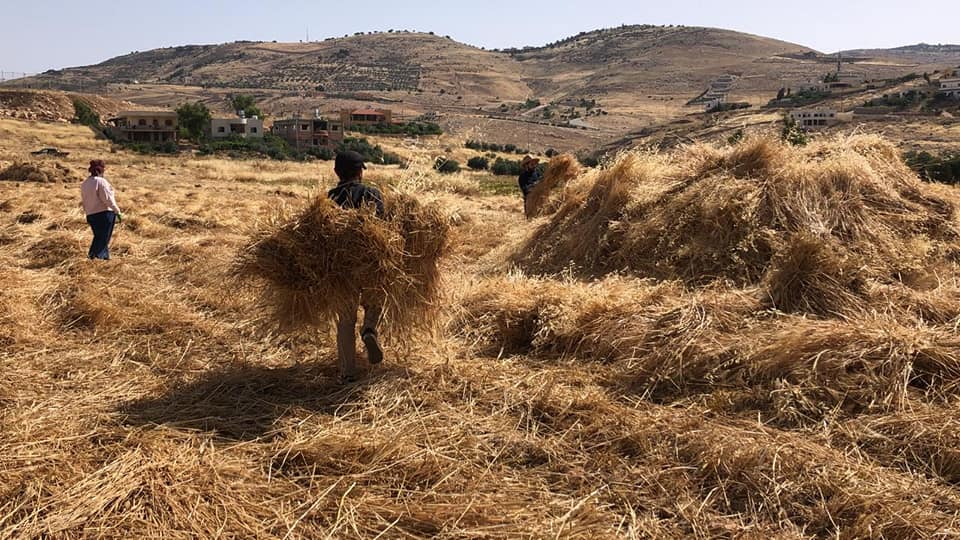 Families or individuals participating in a share of the land pay the amount of (125 dinars/$176) as a subscription, which includes learning to grow wheat by participating in the cultivation of the whole season from beginning to end, including the stages of fertilization, sowing, weeding, harvesting, the process of grinding wheat in the mill, in addition to, the costs of fertilizers and seeds, the wages of machinery, and so on.

At the end of the season, each participant will get a ration of wheat of that suffices a small family for about a year. Part of the harvest will be provided to support families suffering from difficult economic conditions (wheat Zaka).

"The experience will be an inspiring learning experience for you and your children. You will reinvent your relationship with the land and with the food that enters your kitchen,” Zureikat added. 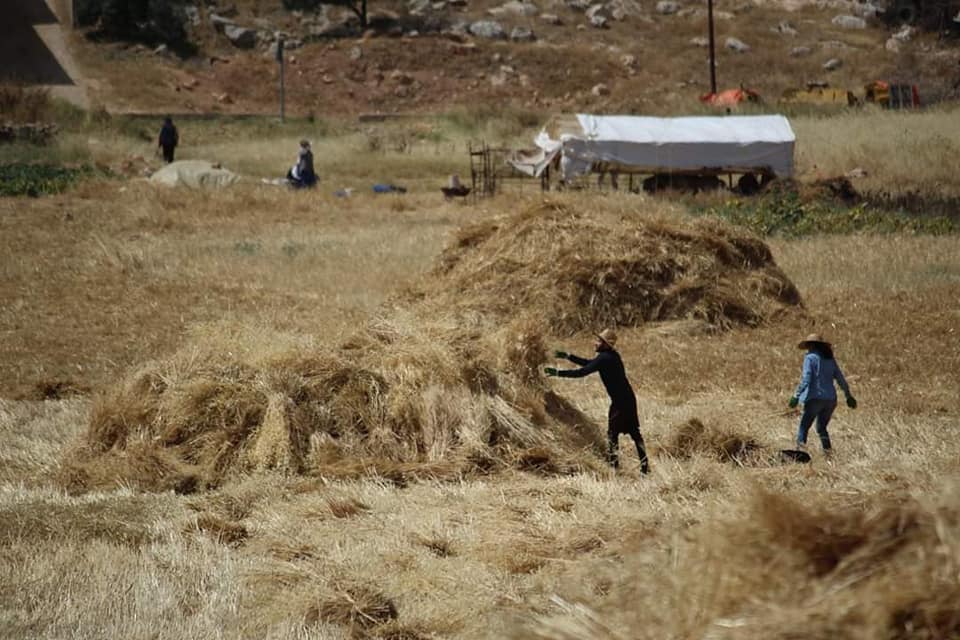 Zikra Initiative works to rediscover the richness of communities and local knowledge of people with the aim of inspiring sustainable solutions to many economic and social challenges, in a framework that preserves the dignity of societies and allows them to gain confidence in their identity and take pride in their cultural heritage. The initiative was established in Jordan in 2011 by Rabee Zureikat and Lama Al-Khatib. It aspires for popular learning to propose an alternative model that seeks to create independent, productive and dominant societies over their lands and resources.