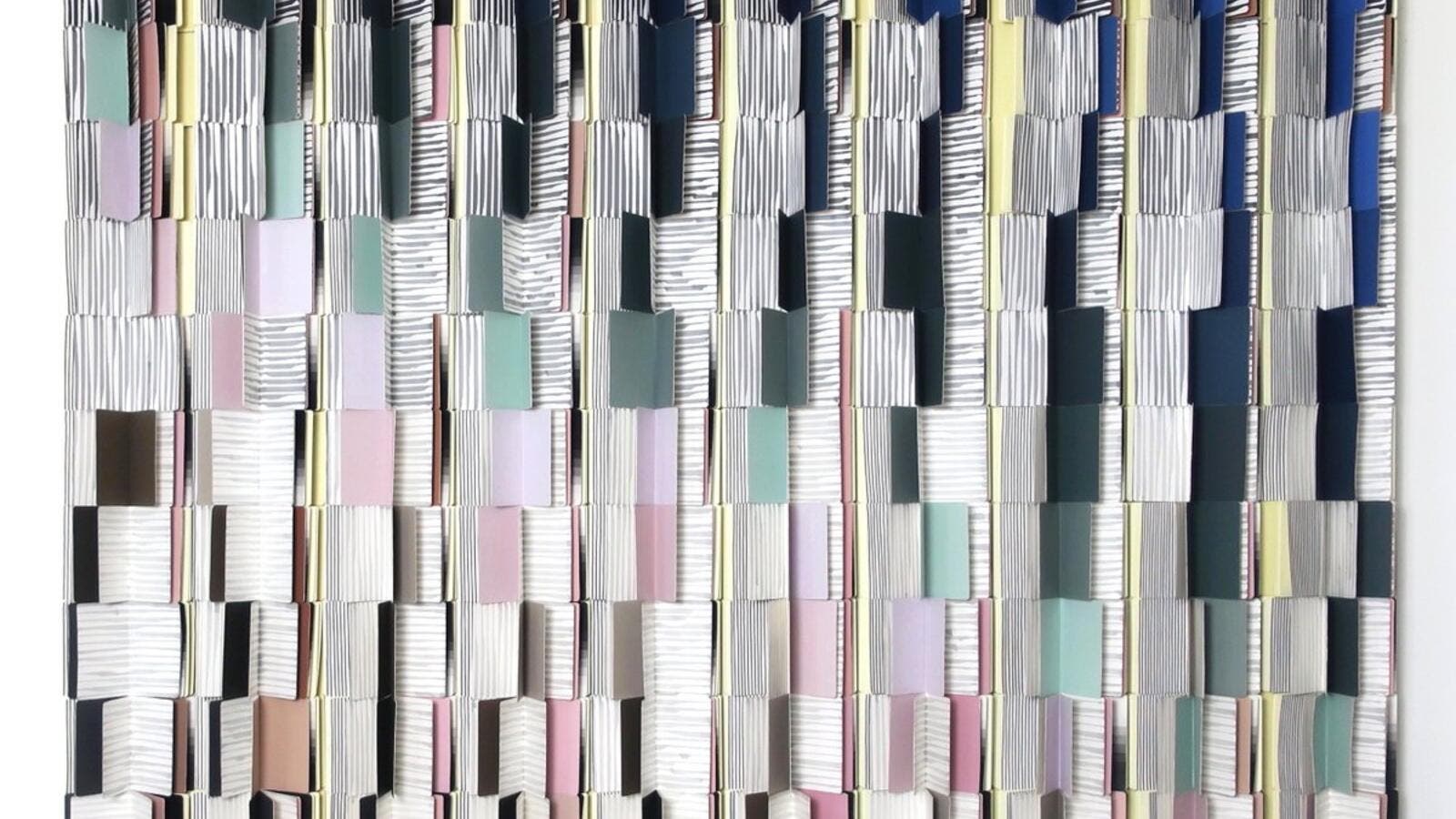 Work by Nicène Kossentini (Twitter)
Highlights
When I read the tales, I was so interested in the details, which build the imaginary.

The multidisciplinary Tunisian artist tells us how her literary and artistic heritage influenced her poetic work on glass for the FIAC contemporary art fair in Paris last month.

A few years ago, I started working with old Arabic texts and I copied some of their fragments in my work. I’m not interested in the aesthetics of calligraphy, but rather in language. In this work, each cloud shows what I was reading from the “One Thousand and One Nights” tales.

When I read the tales, I was so interested in the details, which build the imaginary. We have many details of clothes, food, music, and we can really catch all of the social and political aspects of Arab society — whether in Egypt, Baghdad, or Syria.

I studied fine arts in Tunis and Paris and I learned about contemporary and European art. Later, I returned to my hometown of Sfax and I started practicing a very specific art of my culture and heritage — painting on glass. In the 18th century there was a painter called Mahmoud Al-Feriani, who learned the artistic practice of painting on glass in Syria, and later produced a lot of these paintings in Sfax. I’m fascinated by this form of art and I wanted to reinvent this tradition.

I liked losing myself in the writing of “Nuages.” When I started reading and writing at the same time, I didn’t want to stop. Each day for six-to-seven weeks, I spent many hours working on the piece. I would open my “One Thousand and One Nights” book and write what I read directly onto the glass through the simple use of my brush and ink.

It’s an act of copying the Arabic language, but I’m also expressing my frustration because I have a feeling that I am losing my language. It is through language that we can imagine, and this notion of disappearing is what I am questioning in the work.