Published September 4th, 2019 - 09:36 GMT
Jacob Rees-Mogg was seen relaxing in the Commons during the emergency Brexit debate today. (Twitter)
Highlights
Leader of the House was seen reclining on the front bench during crucial debate.

Jacob Rees-Mogg has today been widely criticised after lying down and taking a nap as the House of Commons descended into chaos and Britain hurtled towards a general election.

As MPs last night held the emergency Brexit debate, the Leader of the House was seen reclining on the front bench, at times with his eyes closed.

Just before MPs voted on legislation to block a No Deal Brexit, Mr Rees-Mogg took a break from proceedings and slumped on the famous green benches. 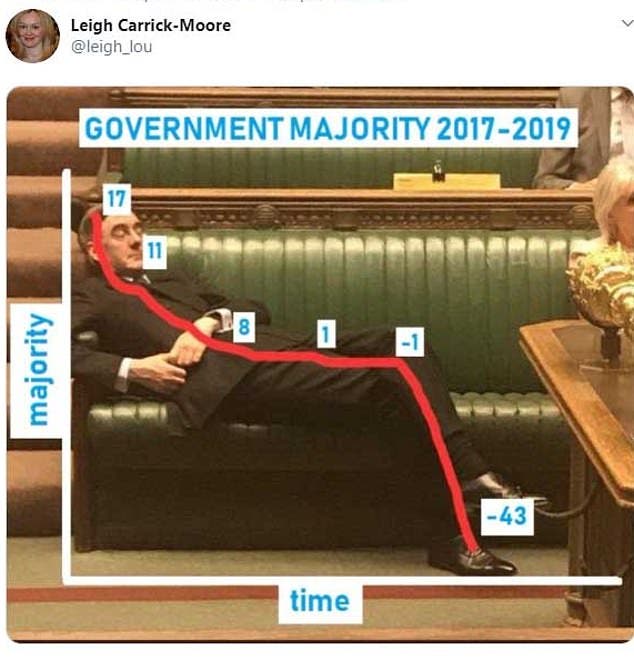 His actions have unsurprisingly sparked a furious backlash - but have not been lost on social media users who took the opportunity to poke fun at his antics and create witty memes in his honour.

His party colleague Anna Turley posted: 'The physical embodiment of arrogance, entitlement, disrespect and contempt for our parliament.' 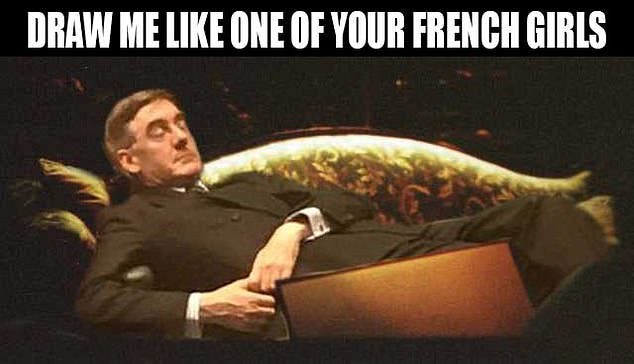 And SNP MP Gavin Newlands tweeted: 'Jacob Rees-Mogg is literally going for a (u)kip on the front bench. I just asked him if I should call his footman to get him a pillow. He politely declined.'