Two of The World’s Rarest Turtles Return to Saudi Habitat

Published May 19th, 2021 - 07:01 GMT
hawksbill turtles (Twitter)
Highlights
The TRSDC aims to enact special laws for the development and preservation of the environment and targets an increase of biodiversity in the area by 30 percent over the next 20 years.

Two of the world’s rarest turtles were returned to a natural habitat in Saudi Arabia after being rescued and nursed back to health. 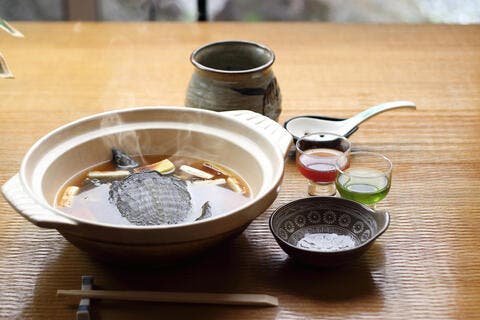 Australian Diplomat Apologizes After Eating an 'Endangered' Turtle in Cambodia

The hawksbill turtles named Amal and Hayaat — meaning “hope” and “life” — were discovered in two separate incidents by contractors for the Red Sea Development Company (TRSDC).

TRSDC, in cooperation with the King Abdullah University of Science and Technology (KAUST), spent weeks rehabilitating the reptiles at a specialized center in Jeddah as a part of its initiative to protect endangered sea turtles.

Both turtles were unable to dive when they were discovered so the National Center for Wildlife Development delivered the turtles to Fakieh Aquarium in Jeddah for treatment.

Hawksbill turtles have a beak-like mouth, span 65-90 centimeters and weigh between 45-70 kilograms. They can be found in the Atlantic, Pacific and Indian Oceans, along with the Red Sea.

TRSDC put out a video titled “Journey of Hope” documenting the turtles’ release. The Red Sea environmental sustainability team chose to release the rare turtles at Waqadi Island, as it served as a primary nesting ground for them. The island provided the necessary environment to grow their species and live peacefully without any threats of overfishing, pollution, boat traffic or industrial development.

The TRSDC aims to enact special laws for the development and preservation of the environment and targets an increase of biodiversity in the area by 30 percent over the next 20 years. 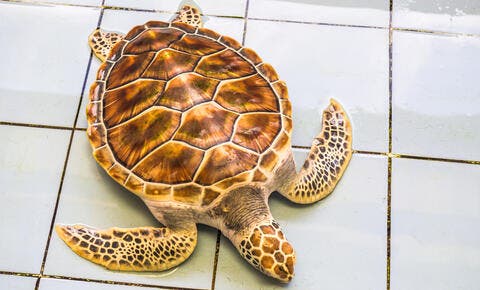 A Golden Turtle is Not a Fantasy Anymore!

Welcome to Oracabessa Bay - a nesting site for the endangered hawksbill sea turtle and Acrapora corals.

With support from @theGEF, we're working to preserve the biodiversity of this beautiful area in Jamaica. #ClimateWeekLAChttps://t.co/LbgzrTpyNw

The TRSDC and KAUST will continue to grow the turtle tracking program to support the enactment of new standards for sustainable development in an initiative that includes 10 other hawksbill turtles. The studies will lay the foundation for sustainability in future development plans.