US Lifts Sudan From List of Nations That Violate Religious Freedoms

Published December 23rd, 2019 - 07:48 GMT
Sudanese Christian woman prays during a Sunday service (AFP)
Highlights
During Prime Minister Abdalla Hamdok's first visit to the White House earlier this month, the US announced that the countries would upgrade their diplomatic relations by exchanging ambassadors for the first time in over two decades.

The US State Department said it had upgraded Sudan to a special watch list for religious freedom, citing "significant steps taken by the civilian-led transitional government".

Sudan cheered the move as the latest sign of warming ties with the US, as it seeks to persuade American officials to remove Sudan from a far more serious blacklist: state sponsors of terrorism. The designation subjects Sudan to sanctions, hindering the new government's attempts to relieve its debt crisis and attract foreign investment during its fragile transition to democracy.

During Prime Minister Abdalla Hamdok's first visit to the White House earlier this month, the US announced that the countries would upgrade their diplomatic relations by exchanging ambassadors for the first time in over two decades.

"We will proceed in the direction of promoting recognition, respect and protection for all rights," Mufrah wrote in a message on his Facebook page.

While a majority of Sudanese are Muslims, a minority are Christians, mainly clustered in the southern conflict-torn Nuba Mountains. A minority who follow traditional African animist faith also live in the south.

The removal of the designation marked a significant change from Washington's report on religious freedom in Sudan last year.

The 2018 Religious Freedom report noted the "arbitrary application of Sharia law" by Khartoum, with women frequently fined and flogged on charges of "indecent dress".

The draconian public order law that punished Sudanese women for their public dress and behaviour was repealed earlier this month.

Other nations on the US religious freedoms blacklist include Myanmar, Iran, China, Pakistan and Saudi Arabia.

Myanmar's armed forces are accused of genocide over the deaths of thousands and mass exodus of more than 600,000 Rohingya Muslims from the country.

China has faced international condemnation for rounding up an estimated one million Uighurs and other mostly Muslim ethnic minorities in internment camps in the northwestern region of Xinjiang. 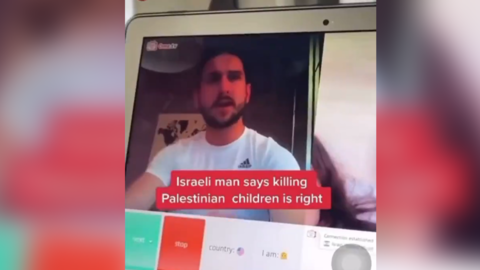