An animal rights attorney accused of attempting to hire a hitman to kill her estranged husband's girlfriend has a history of violence, an affidavit alleges.

Jennifer Emmi, 43, from Evergreen, Colorado was arrested back in January on charges that include solicitation of murder, stalking and retaliating against a witness or victim.

Jennifer had been locked in a divorce battle with her estranged husband, Donnie Emmi, last year when she allegedly attempted to have his girlfriend murdered. 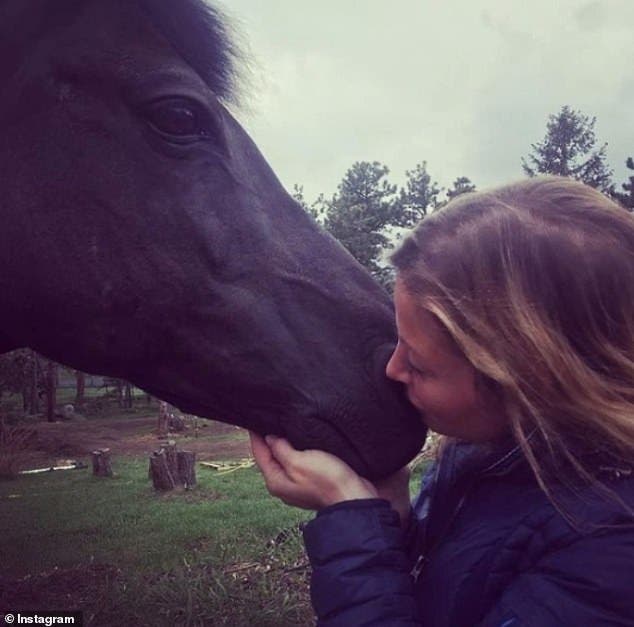 The girlfriend - who has not been publicly named - had worked as the family's au pair.

Jennifer is currently behind bars on a $3 million bond, but new legal documents allege she had threatened her estranged spouse prior to the murder-for-hire plot.

In January 2020, she is alleged to have threatened her husband with a knife as he held one of the couple's three young children.

The documents - obtained by Fox News - state: 'While Donnie's back was to Jennifer, he felt someone grab the hood part of his hooded sweatshirt... At the same time, he felt his hair being pulled. Then, he felt a piece of cold metal come across his neck and press into it.''

The following month, Jennifer is alleged to have grabbed one of her three children 'by the neck' to 'strangle' her.

'I didn't think I was going to live,' the young child is quoted as telling investigators in the affidavit.

Around the same time as those alleged threats and violent incidents,  Jennifer is accused of contacting ranch hand Timothy Lindsey about the murder for hire plot.

She was allegedly recorded in a series of telephone calls asking if Lindsey knew anyone who could 'get rid' of Donnie's new girlfriend - who had allegedly served as the family au pair..

She is said to have provided the girlfriend's name and workplace, the affidavit states.

Timothy Lindsey 'played along' telling Jennifer it would cost her about $100,000.

'Jennifer responded that the money would not be a problem,' Lindsey told investigators, according to CBS4 reported.

Lindsey then notified Donnie along with the police, before the sheriff's office  began a six-month operation that resulted in Jennifer's arrest.

Jennifer's attorney, Colin Bresee, said the police evidence suggests his client did not plan to go through with the plot.

'She finds out that after sacrificing her body and had three beautiful kids that her husband literally traded her in for a much younger girl.

'It's not unusual for someone whose husband is having an affair with the au pair to be upset and mad,' Bresee later  said to the Denver Post.

'The line of saying how mad you are and how enraged you are and saying it to other people — it seems odd one of them was then a confidential informant who was working with police.'

She is well known in her Colorado community for founding The Animal Law Center - a nonprofit ranch in Evergreen to accentuate the bond between humans and animals.