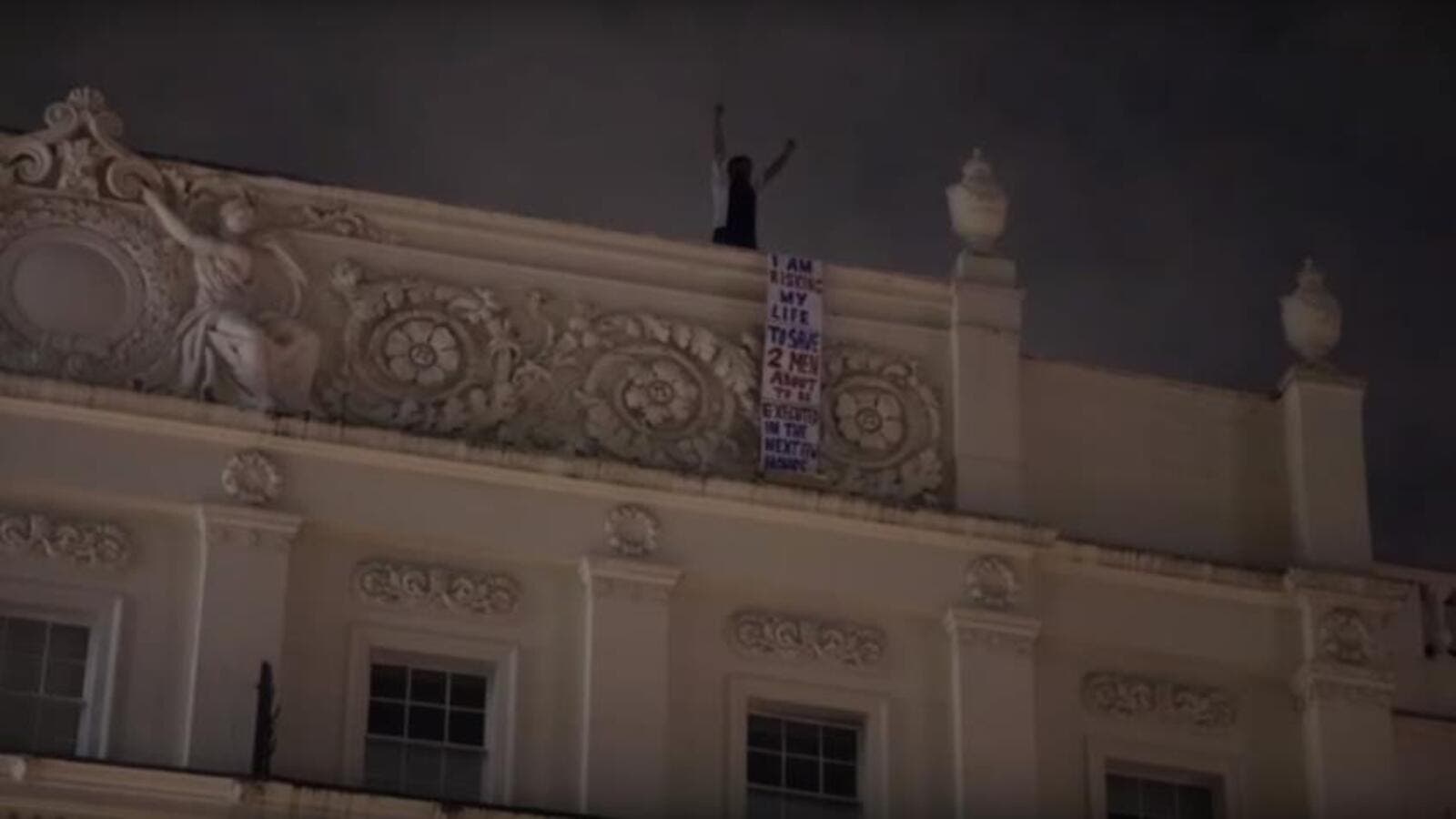 Bahrain went ahead with the executions despite appeals for clemency from human rights groups [YouTube]
Highlights
A Bahraini activist staged a protest on the roof of the Gulf state's British embassy in a bid to stop Bahraini authorities executing two Shias convicted of terror charges.

A Bahraini activist staged a protest on the roof of the Gulf state's British embassy on Friday evening in a bid to stop Bahraini authorities executing two Shias convicted of terror charges.

Moosa Mohamed scaled the embassy in central London to demand that British authorities intervene to stop the execution of Ali al-Arab and Ahmad al-Malali, who rights groups say have been convicted unfairly.

Footage of the dramatic incident has been posted online, showing Mohamed being assaulted by an embassy security guard as he sat on the edge of the four-story building.

"I am risking my life to save 2 men about to be executed in the next few hours. Boris Johnson act now!" read a banner Mohamed unrolled onto the embassy.

The footage shows police breaking down the door of the embassy to retrieve the activist from inside.

The London-based Bahrain Institute for Rights and Democracy said in a statement on Saturday that "prolonged screams and cries for help" were heard after Mohamed was seized by embassy staff.

"Moosa stated that he assaulted by two embassy staff members with wooden boards whilst a third filmed the incident," the statement said.

"He stated that he sustained injuries and bleeding during the assault and was seen to be barely able to walk upon leaving the embassy in police custody," he added.

Bahrain went ahead with the executions on Saturday despite appeals for clemency from international human rights groups and the United Nations.

Human Rights Watch said the two men were believed to have been forced to confess and faced an unfair trial.

The Bahraini citizens were forced to confess after being tortured by security officers, Arab's toenails were ripped out and both were subject to electric shocks and beatings.

The two men were convicted on terrorism charges and sentenced to death in a mass trial involving 60 people in January.

Bahrain, a small Gulf state and key US ally, has been gripped by bouts of unrest since 2011, when authorities cracked down on Shia-led protests demanding political reform.

Since then, hundreds of protesters have been jailed, with Bahrain claiming Iran trained and backed demonstrators in order to topple the Manama government - an accusation Tehran denies.

All opposition groups have been banned and disbanded.

Ruled for more than two centuries by the Sunni Al-Khalifa dynasty, Bahrain is mostly Shia Muslim, according to unofficial estimates contested by the government.