A viral video showed a Kuwaiti woman carrying a lion in her arms in one of the Kuwait City  streets after the animal's escape and local authorities confirmed the incident. 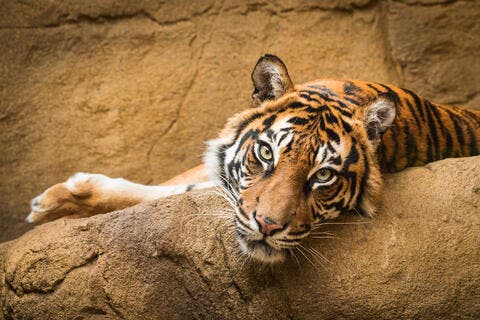 The video, which circulated widely online after being shared on social media, shows a young woman carrying a young lion in her arms Sunday in the Sabahiya area, south of Kuwait City, while the animal appears to struggle.

Environmental police said the lion belongs to the woman and her father. Officers helped capture the big cat when it was spotted wandering the streets, and it was returned to the woman's custody.

Exotic animals, including lions, are legal to be kept as pets in Kuwait.