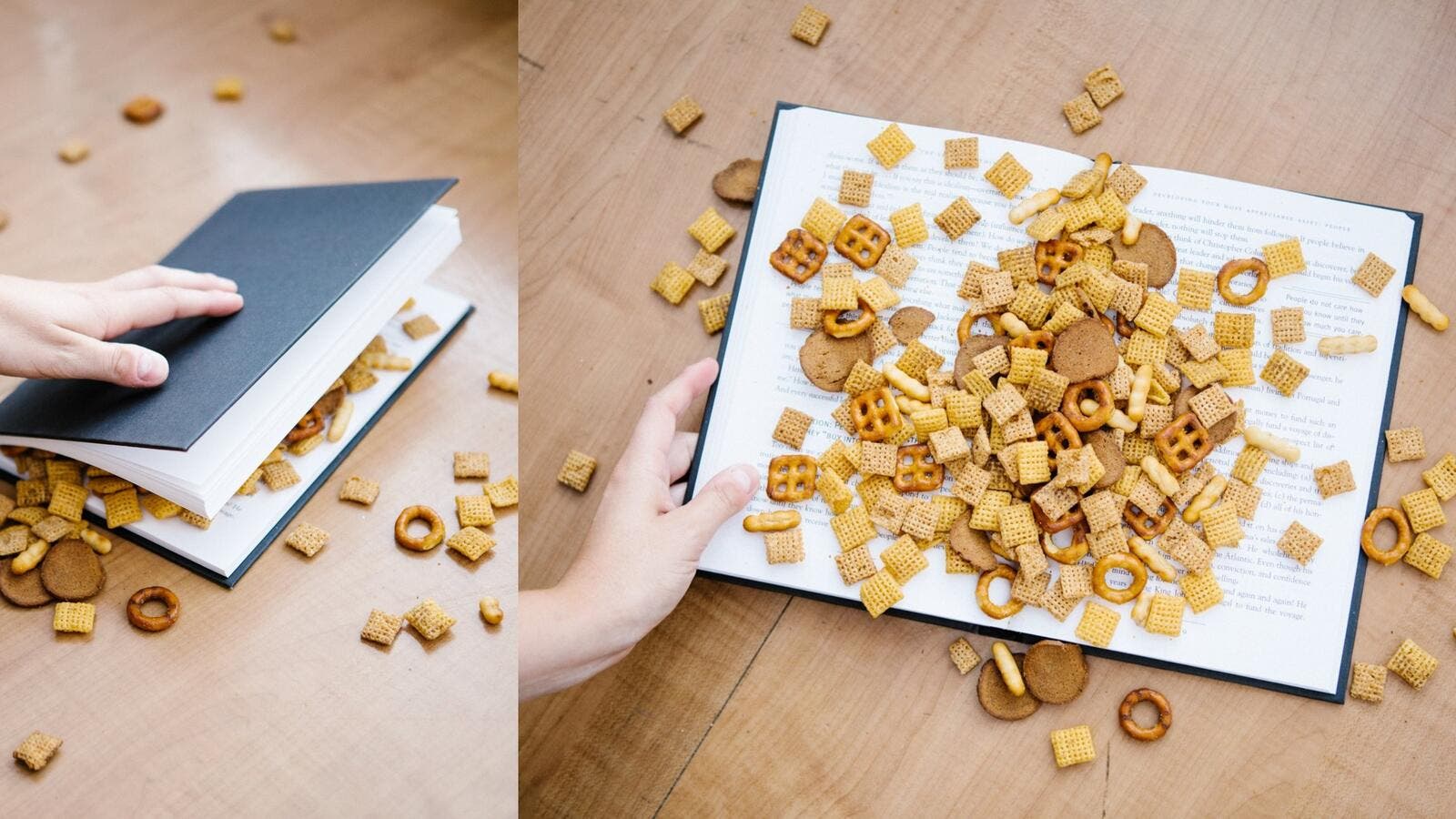 The challenge began trending last week when the American snack brand Chex Mix. (Chex Mix/ Twitter)
Highlights
To be fair, it was amusing at first, but then it just became plain ridiculous.

Have you seen those 'Don't have a bookmark?' memes trending on Twitter? Oh, you must, if only to get repulsed by the depth to which some of the food and beverage brands have stooped while supposedly meeting this latest online challenge. To be fair, it was amusing at first, but then it just became plain ridiculous. It isn't in the same dangerous zone as some of the earlier challenges - remember the Blue Whale and Momo Suicide challenges? Those were downright ghastly. The latest challenge may not be offensive, but it's still disturbing if you're a booklover and plain creepy even if you aren't.

The challenge began trending last week when the American snack brand Chex Mix tweeted a picture of an open book with a handsome portion of the snack sprinkled on it with the text: 'Don't have a bookmark? Try using Chex Mix instead'. Amusing? Sure. Creative? A little. Creepy? Well, we're coming to that. What happened is that the Chex Mix tweet received a fair amount of online traction and response, and as is wont in the digital realm, when one particular meme trends, there are a thousand imitations in the blink of an eye. Don't get me wrong - I'm all for a good meme or two, and some of the responses to the original tweet were hilarious. But some others were in bad taste.

Among the latter lot, the one that took the cookie was Oreo's tweet, ominously pushed out on Friday the 13th, showing two images, one of milk pouring over an open book, and another of milk pouring over a book that was closed but with a bunch of Oreo cookies as bookmarks. No, it wasn't even close to funny. And @Oreo made it worse by replying to the original tweet with a 'No books were harmed during this dunking' the next day. Its boorish meme has landed Oreo in the bad books of publishers and bookworms, who seem to be going bell, book and candle after the cookie brand. That's bad PR, and its social media team should've realised by now that there's little good that can come from crying over the milk that Oreo's spilt.