What is Mohammad Salah Doing on Burj Khalifa?

Liverpool and Egypt’s national football team star Mohamed Salah, 28, published a video on Instagram Thursday, which gained over one million views in 24 hours. 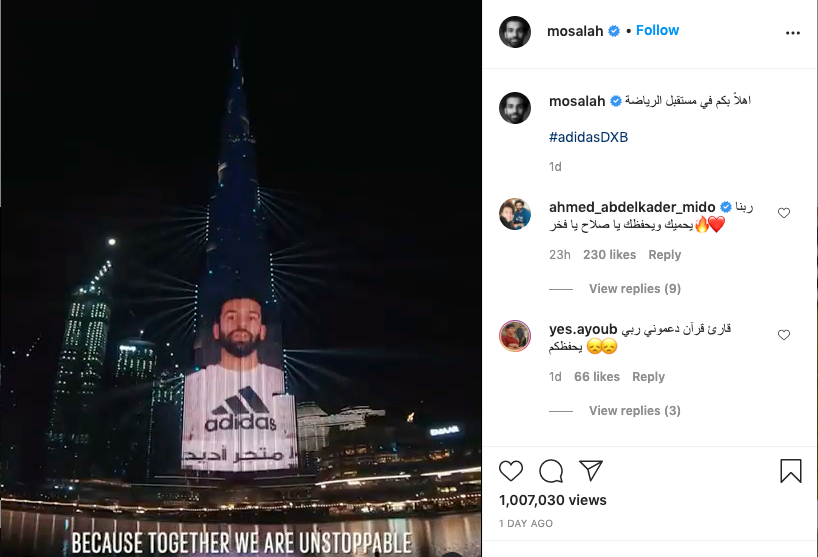 In a new Adidas ad, Salah on the façade of the famous Burj Khalifa in Dubai, UAE.

He wrote alongside the video: “Welcome to the future of sports.”