What is the Secret Behind Mourtada's Sinister Stories? 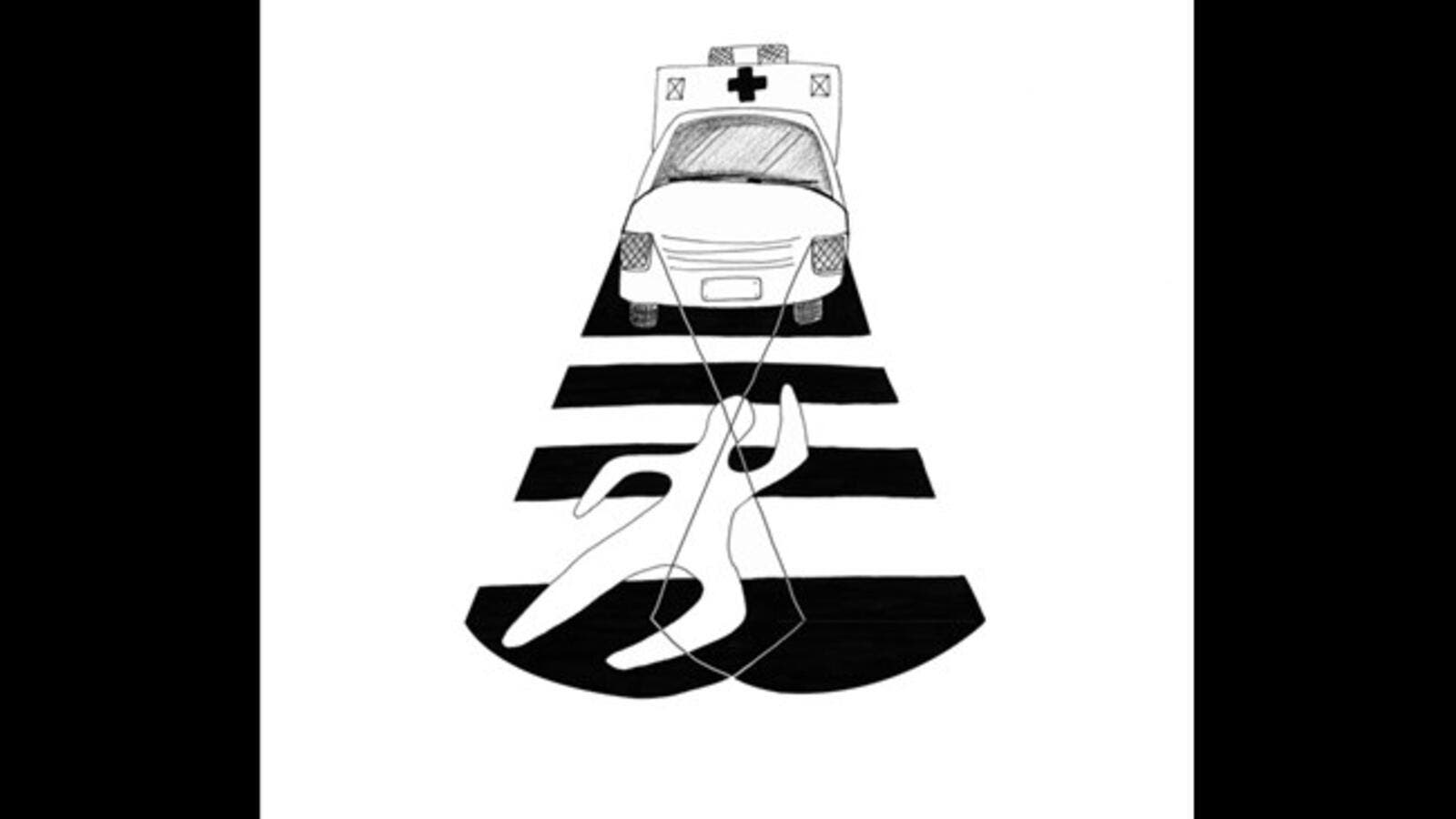 Atme's illustration for the story "X Marks the Spot," from Mourtada's "55 Slightly Sinister Stories." (Photos courtesy of the artist.)
Highlights
Each of Mourtada’s concise tales is intended as an exercise in discipline, creativity and stripping a story to its bare bones.

“I don’t know why, but every time I say ‘adult book,’ it makes it sound like something X-rated,” Racha Mourtada joked, “but it’s not!” Mourtada’s “55 Slightly Sinister Stories” marks the first foray of Luqoom, the children’s book publishing house, into adult literature, in the form of bite-sized tales of a darker nature.

Under the new label of Rose Luqoom, the book is a product of the author’s fascination with “flash fiction” - a genre of extremely short stories ranging anywhere between six and 1,000 words - and a reverence for the mildly disturbing styles of Edward Gorey and Tim Burton.

It started as a New Year’s resolution, where Mourtada swore to write one story a day for the rest of the year. Each of Mourtada’s concise tales is intended as an exercise in discipline, creativity and stripping a story to its bare bones.

“I was writing a novel at the time and was always complaining I couldn’t find time to write,” Mourtada told the Daily Star. “I decided to write one 55-word story a day and see how long it would last, and it proved to me that you can find time like this.

“It was a fun outlet and was very gratifying,” she added. “You can have a whole little world in 55 words and you’re done.”

Mourtada’s stories were mostly scribbled before her daily commute, during lunch breaks, on the way to the gym and after dinner plans, posting each to a daily blog for posterity.

Each story is accompanied by a delicate, hand-drawn, black-and-white illustration by Lebanese designer Lynn Atme to complement the story.

She selected 55 of her 180-odd stories - populated with characters like narcoleptic drivers, bickering bakers and suspicious spouses - for her collection.

“They lean a little to the dark and macabre, which is just what my sense of humor is like,” she said. “Looking through them, a lot of them have to do with people, relationships or love having gone wrong - which is a universal theme, with a bit of a twist to it.

“This one, ‘Mis-Conception,’ is a play on words about misunderstanding something but also relating to conception of a baby,” the writer explained. “It’s about woman who discovers that her friend is pregnant and is going to congratulate her but then remembers her husband is impotent.

“I like the premise of the everyday, making tea with your husband and then somebody ends up dying,” she added.

“You don’t have to outright say the gory details. Sometimes just a hint is all you need to ignite a reader’s imagination and you can trust them to fill in the blanks. It’s not as dark as it could be.”

“Food for Thought” tells of a marriage held together by cake. Every day the wife transfers her loathing for her husband into a lazy cake - until she runs out of chocolate one morning and has to transfer her dislike back to him.

While dark humor is sometimes seen as an acquired taste, Mourtada believes that a Lebanese audience would respond well to it, that there are always people who enjoy the weirder things in life.

In today’s world of short attention spans and busy lives, she hopes the book will be ideal for those who love reading but need something the size of a social media post.

“It’s amazing what you can cut out of a story and it still stands,” she mused. “We’re used to skimming through Facebook posts or Twitter and this fits in with that. You can have your daily bite of literature in the amount of time it takes to sip your morning coffee.”