What is a Turkish Monolith Doing in New York?

Published May 16th, 2021 - 12:42 GMT
Enjoy visual visit of 'Gobeklitepe' (Shutterstock)
Highlights
In 2019, preliminary contacts were made by Turkish Foreign Ministry officials to present the UN a copy of a Gobeklitepe monolith.

The sister of a massive ancient monolith towering 5.5 meters (18 feet) tall from southeastern Turkey will be impressing diplomats and visitors alike at UN headquarters in New York, Turkey announced Saturday. 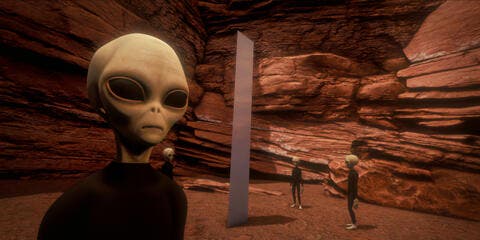 The decorated monolith – an exact replica of one from the famed 12,000-year-old remains of Gobeklitepe, known as the world’s oldest temple – will be presented to the UN as an official gift, said Turkey’s Culture and Tourism Ministry

The mysterious remains of one of the world's first organized religions#GöbekliTepe#gobeklitepe#göbeklitepe https://t.co/bduX03S9wP

The monolith of Gobeklitepe, which was in the spotlight worldwide in 2019, designated the Year of Gobeklitepe, will be the second Anatolian artifact exhibited at UN headquarters in Manhattan, and is set to be on permanent display to help introduce the universal cultural heritage of the cradle of civilizations.

In 1970, an enlarged copper copy of the Egyptian-Hittite peace treaty known as the Treaty of Kadesh – one of the world’s oldest examples of diplomatic texts, dating back to around 1280 BC – was presented to U Thant, then UN secretary-general.

In 2019, preliminary contacts were made by Turkish Foreign Ministry officials to present the UN a copy of a Gobeklitepe monolith.

Gobeklitepe has been on UNESCO’s World Heritage Tentative List since 2011. It was discovered in 1963, when researchers from Istanbul and Chicago universities were working at the site.

Today we are excavating nearly all perfectly intact remains of the 12 thousand years old #Göbeklitepe The reason why it is so intact lies behind a mystery, because after a 1000 years of use the site was buried underground by an unknown group of people#ReTurkey #Gobeklitepe pic.twitter.com/Cs5ynExsZD 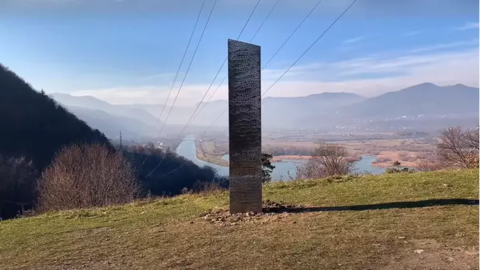 It Vanished in Utah But Suddenly Appeared in Romania. What is The Secret?
— Ottoman Dynasty FDN (@DynastyOttoman) September 27, 2020

In joint work at the site since 1995, the German Archaeological Institute and Sanliurfa Museum have found T-shaped obelisks from the Neolithic era towering three to six meters (10-20 feet) high and weighing 40-60 tons.

During the excavations, diverse 12,000-year-old artifacts such as human statuettes 65 centimeters (26 inches) high were also unearthed.