Whatever Happened to The 13 Million Displaced Syrians?

What is happening to the 13 million Syrians who have been displaced? What are their hopes, their fears? 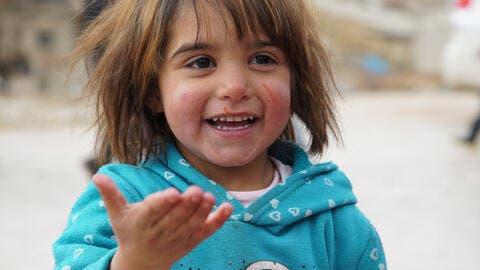 Lebanon: Its Hard to Be a Syrian Refugee in Ramadan!

Lost in Lebanon gives an intimate look at how four Syrians are trying to find ways to overcome the torment of their shattered lives.

Life for refugees in Lebanon has become desperate. With the Syrian conflict pushing into Lebanon, the government implements new laws for all Syrians – and the consequences are devastating.

TIME SENSITIVE ASK
I’m (iA) going to Lebanon next Sunday & would like to bring fresh dollars to support the work of my comrades at PCC in Beddawi refugee camp, a grassroots Palestinian org. PCC has been active in movement & services since ‘93 pls share & donate if possible pic.twitter.com/ovz4GQNnDP

We have become numbed by the news images of refugees drowning in the Mediterranean. We hope that the four protagonists in this film will raise our awareness about the conflict from a human, rather than a figures-based point of view.

As they battle with the fundamental issues that shape their daily experience—attempts to secure legal status, access to education, the right to work and resettlement—the film serves as a powerful reminder that, whether or not a political settlement is reached, the gravity of the Syrian refugee crisis will continue to be felt by not only the immediate victims of the conflict, but also neighboring states like Lebanon, for decades to come.

99% of Syrian refugees in Lebanon surveyed by Unicef said they could not afford enough food https://t.co/3ctNSyldA1

By Georgia Scott and Sofia Scott 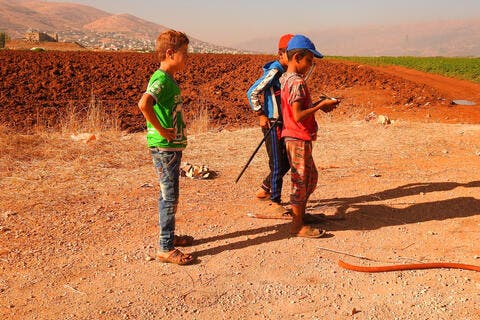 For us, first and foremost, this is an anti-war film. We believe in the power of the moving image and having spent a number of years making films with people and communities affected by conflict - we feel more than ever the need to play an active role in documenting the ongoing effects of war and to give voice to those who become just numbers on our screens.

If wars continue to happen, then this should compel us all to work harder to support those who grow up in its wake. Our aim with this film is to share these stories, to raise awareness about this hidden cost of war and to generate discussion locally and globally about what can be done to help and support the people living in the shadows of the Syrian war.