Who Defeated The Byzantine Empire?

Published May 4th, 2021 - 05:27 GMT
A view from the historical city center of Edirne. Selimiye Mosque, a symbolic cannonball and the monument of Ottoman empire Mehmed II,commonly known as Mehmed The Conqueror. (Shutterstock)
Highlights
Mehmed, who was just 21 when he conquered Istanbul, put the Ottoman Empire on the path of great transformation.

Sultan Mehmed II was just 21 years old when he defeated the Byzantine Empire, strengthening the Ottoman state to the point where it would reign over multiple regions across three continents for centuries to come. 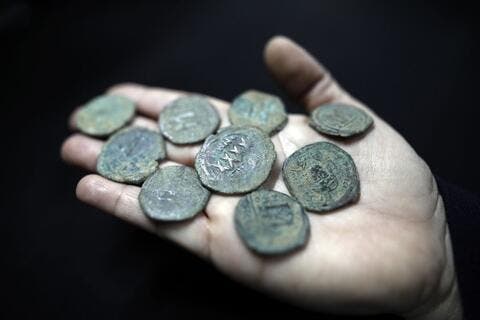 Exactly 540 years ago today, Sultan Mehmed II was at a crucial transition in history. He gave a death blow to the Byzantium Empire, ending the superiority of the Eastern Roman Empire and inspiring fear throughout Europe.

Mehmed, who was just 21 when he conquered Istanbul, put the Ottoman Empire on the path of great transformation.

Here's a quick look at Mehmed the Conqueror's story.

The Turks are a nomadic central Asian barbarian peoples.

Repatriate the Turks to Central Asia and divide modern Turkey between Greece and Armenia. https://t.co/vjRgZXrVA9

Sultan Mehmed the Conqueror was born on March 30, 1432, in Edirne, which was the capital of the Ottoman Empire at that time. His father Sultan Murad II was the Ottoman ruler. Mehmed stayed in Edirne until the age of two. He was sent to Amasya in 1434, where his older brother Ahmad, 14, was the governor of a sanjak along with his younger brother Alaeddin Ali.

For Mehmed's education, his father appointed various teachers. But Mehmed, who was as combative as he was intelligent, was not easy to educate. Mehmed was taught by both Islamic and Western teachers. Although the Ottoman emperor is largely credited for his  military conquests, his contribution to the field of philosophy, art and science is valued too.

Mehmet is believed to have spoken Persian, Arabic, ancient Greek and Italian – which is viewed by many as a sign suggesting his desire to form an empire spanning the West and East alike.

The first Roma slave transaction occurred in 1385 in Wallachia, although Roma were slaves in Eastern and Southern Europe for as early as their arrival into Byzantium. They were slaves to the state in the Byzantine Empire, Bulgaria and Serbia until the rise of the Ottoman Empire. pic.twitter.com/MOh37PfoCN

Known to be a poet, the conqueror also had a great interest in the arts, having commissioned Renaissance painter Bellini to do his portrait. The Ottoman emperor might have been inspired by the life of Alexander the Great in his pursuit of forming an empire, having read a great deal about the military campaigns led by the legendary figure.

Homer's Iliad was among the books in his library, and Ptolemy's ancient world map is believed to have been one of the gems in his collection.

Mehmed was a tall, plump-cheeked, curled-nosed, muscular and strong Sultan who was obsessed with reading. He read philosophical works translated into Persian and Arabic. In scientific matters, he protected scholars, no matter what religion or denomination they belonged to, and printed their works.

Seeking to prove himself in the eyes of senior Ottoman figures and the public, while also attempting to realise his ultimate goal of making history, his eyes were fixed on the conquest of Constantinople – then the Byzantine capital. He immediately launched preparations for the coming battle.

Although the city had been besieged many times before, nobody had been able to take it, and Mehmed II knew well that achieving the impossible required unorthodox tactics and insight.

The sultan assembled a large army (said to include over 200,000 soldiers, yet some historians say the figure was less than half of this) and appeared before the city's strong walls with full confidence.

He surrounded the city by both sea and land, followed by an unexpected move: the heaving of warships overland around the city’s Galata area – then a small Genoese merchant colony – on modern Istanbul's European side.

The military campaign continued for more than 50 days, spearheaded by massive cannonball assaults pounding the walls to open a hole through which soldiers could breach the city.

The Emperor Justinian - a film from our archive https://t.co/ZZfwdM9RjU

On May 29, the city finally fell, earning Mehmed II the well-deserved title of "conqueror."

Mehmed the Conqueror was a mere 21 years old when he sent the Byzantine Empire into the dusty pages of history, levelling up the Ottoman state into an empire that would reign over multiple regions across three continents for centuries to come.

The conquest of the city is the best-known victory of Mehmed II, but in subsequent years he also ensured Ottoman control over Serbia, Morea, Trebizond (modern Trabzon) in the northern region of modern Turkey, as well as Bosnia, Albania, and a number of Anatolian (central Turkish) territories.

He was in power until 1481 and personally participated in 25 military expeditions, taking Istanbul as the capital of his state, whose borders expanded from the Danube River to Kızılırmak.

Mehmed II’s swan song victory came in 1480, when he triumphed in Otranto, Italy, and was planning moves to draw closer to Rome. However, the conqueror died on May 3, 1481. 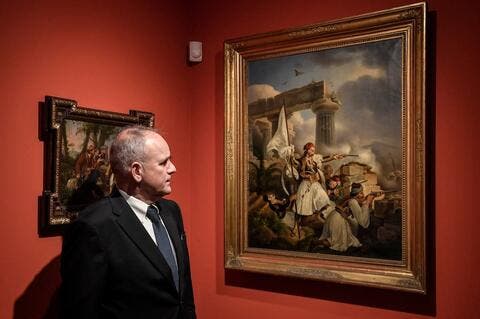 Center of The Greek Intelligentsia. This is Venice!

Historians in Turkey still argue over whether he was truly setting his sights on Rome, which is likely, given his taking of Otranto. An alternative makes the case that he would have instead expanded eastward.

The conqueror, who fought in dozens of victories, as well as overseeing the conquest of Istanbul and more in his 49-year life, left an indelible mark on history, and his legacy still lives on today.