Why Does The UK Want to Raise The Minimum Age Marriage?

Published June 13th, 2021 - 04:44 GMT
Teen girl trying on a wedding veil (Shutterstock)
Highlights
Currently 16-year-olds may marry if they have the consent of their parents.

The legal minimum age to get married in England and Wales could be raised to 18 under backbench legislation being tabled by former chancellor Sajid Javid. 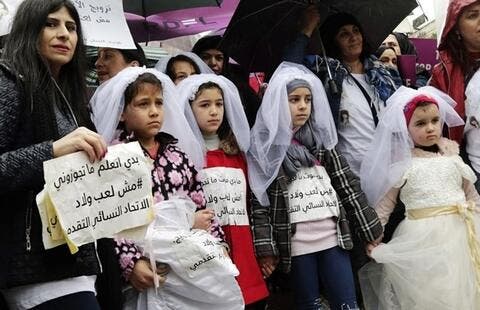 18% of Syrians Married Before 19 in Lebanon

Mr Javid said he will be introducing a private member's Bill next week to protect vulnerable teenagers from religious and cultural pressures to marry too young.

He told The Times he was 'optimistic' the measure would receive Government support – giving it a strong chance of becoming law.

I believe this is a big step towards preventing children being forced to marry ‘cousins’ from abroad against their will. I welcome the work of @sajidjavid and @oliviaatrobey in fighting for this change to protect children. Let’s hope this law is passed 🙏https://t.co/oMxYgFQPsD

Currently 16-year-olds may marry if they have the consent of their parents.

He said: 'The British Government is working tirelessly to end child marriage in the developing world and yet our own laws are permitting child marriage by the back door.

'Indeed, when Bangladesh lowered the legal age of marriage from 18 to 16, ministers there were said to have directly pointed to our laws to justify their move.

'It's clear that we must legislate to close this loophole so that vulnerable children cannot be pushed into such serious and life-changing commitments before they are ready.'

Mr Javid, who is of Pakistani heritage, said he had looked into changing the law when he was home secretary in Theresa May's government having seen examples of the practice in his own community.

🔴The legal minimum age to get married in England and Wales could be raised to 18 under backbench legislation being tabled by former chancellor Sajid Javid https://t.co/dzV33kc5gu

'I've seen this myself in the community I was raised in, young girls expected to enter into marriage far before they were ready to, with painful consequences,' he said.

'Let's call this what it is: child abuse.'

Writing for the Mail on Sunday he said: 'We are united in our desire to crack down on these vile abusers with the full force of the law, and ensure that there's nowhere for them to hide. 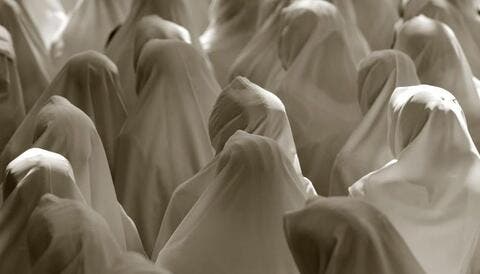 UN States Child Marriages in Jordan Must be Fought

'I know that my colleagues in Government share our strength of feeling, and have done much we can be proud of to crack down on this awful offending.

'But we must recognise that abusers are both determined and clever - if there's a loophole that allows them to satisfy their disgusting urges at the expense of our kids, they will find it.'