Why Isn't There Fresh Food in Space?

Astronaut Kate Rubins, who returned from a mission almost a week ago, has urged more research into growing produce while in orbit. 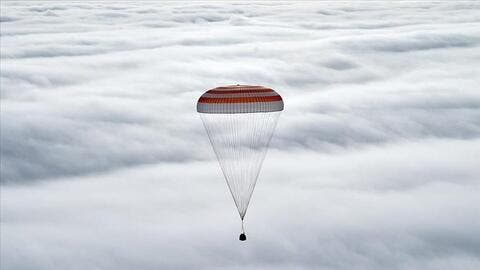 Three Astronauts Return From The ISS to Earth

"We don't get a lot of fresh food in space and so, you know, it's pretty funny to get very excited about a spinach salad, but I think that's the best thing in the world," Rubins said during a phone press conference with reporters Wednesday from Johnson Space Center in Houston.

Rubins, 42, was a microbiologist before she became an astronaut. She returned to Earth Saturday from the International Space Station after 185 days in orbit.

The crew aboard the station doubled with the launch of a new Soyuz spacecraft. NASA's SpaceX Crew-1 mission is coming soon. And a question about fresh food in space! #SpaceToGround pic.twitter.com/XAZEGlbSOx

And when she landed, she was given a surprise meal that included steak, but she said she got more excited about eating a salad.

Rubins helped to harvest and eat the first radishes grown in space in December, and she helped take samples of microbes around the food-growing experiments.

Learning about space farming and potential obstacles to success will be vital for any long-term missions to the moon or Mars in the future, she said.

The radishes Rubins and her crewmates ate were the first vegetable grown from seed in space aside from leafy greens.

"They were delicious -- we all gave them five-star reviews," Rubins said of the radishes.

Space-based agriculture is a burgeoning field that young people would do well to enter, she said. For example, NASA is offering $500,000 in a Deep Space Food Challenge, with a deadline of July 30, for the best new idea about how to provide food in space.

"We have a lot of people working on this -- how we do more production scale crops," Rubins said. "It can be difficult to get all the nutrients that you need from packaged food, particularly for something like a Mars mission where that food may be prestowed up to five years before you're going to actually eat it."

This week marks five years since the first time fresh food grown aboard the @Space_Station was on the menu for astronauts.
Expedition 44 crew members sampled red romaine lettuce which was grown as part of the Veggie experiment in 2015.🥬 https://t.co/DcVXDWf1oV pic.twitter.com/lJX0lPZlkV

As one of 18 Artemis astronauts, Rubins could be chosen for a deep space mission in the next few years. She was on the International Space Station when the first operational SpaceX Crew Dragon capsule arrived in November, carrying four astronauts.

"As an astronaut, you'd like to fly as many missions as possible," Rubins said. "This is an exciting time for America and human spaceflight to have our own capability again, with SpaceX and the [NASA] Orion lunar capsule and more planned."

One area of research currently is whether NASA can use more biodegradable materials in space travel that could be composted for agriculture in space or on another planet, she said. 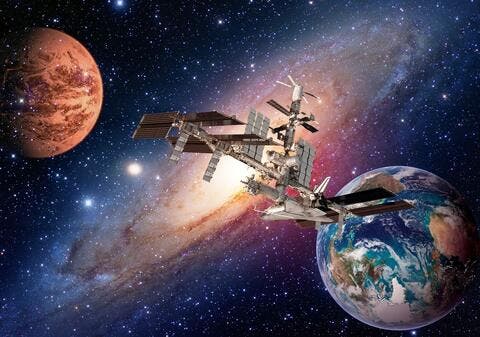 Can The EmDrive Facilitate Space Travel?

Chili peppers are to be grown next on the space station, said Rich Boling, spokesman for Techshot, the Indiana-based company that makes the growing chamber on the orbiting platform. The company has packed the seeds for launch in June on a SpaceX mission.

"There are absolutely psychological benefits of not only eating fresh food in space, but just tending the garden," Boling said in an interview Thursday. "Chilies are interesting because astronauts report they seek more spices to flavor food after months in orbit."