Why is Kurdish Literature Rarely Translated?

Published May 4th, 2021 - 04:40 GMT
Vintage books on table in library. (Shutterstock)
Highlights
“Some youths watch football to escape this reality, while others read and write novels and books,” Sabah added.

Huda Kadhem waits anxiously for feedback on her first novel, scrutinised by a book club in Iraqi Kurdistan’s Erbil, where young authors are breathing new life into a centuries-old oral culture. 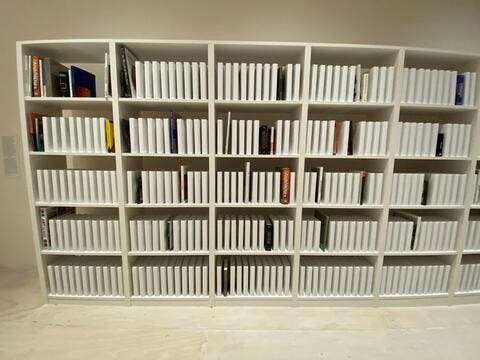 “This is the first time my book is being critiqued,” the 17-year-old first-year medical student said.

“I learnt a lot about how to improve my writing and storytelling,” she said, adding that comments from other writers, readers and professors had given her “enormous encouragement” to continue.

With a published children’s book under her belt, the young author’s first novel, titled “Barani Marg” (Death Rain), tells the story of a Kurdish boy who runs away from a broken home and a broken heart to join the army at age 15.

It’s a familiar story for more than a few residents of the autonomous northern region of Iraq, a country ravaged by decades of conflict.

Huda Kadhem waits anxiously for feedback on her first novel, scrutinised by a book club in Iraqi Kurdistan’s Erbil, where young authors are breathing new life into a centuries-old oral culture. https://t.co/GH7znbg7wC

The eight book clubs that have sprung up in Kurdistan in recent months make a point of giving home-grown authors a platform and regularly discuss narratives tackling social issues.

Novelist Goran Sabah led the way by launching his book club in January in a cafe in Erbil.

A respite for youth

For Sabah, who has a PhD in journalism from Kansas University, book groups are “the best way to exchange ideas and create a sense of belonging among young people” in the Kurdistan region.

“My Name is Haider. People call me Dêwane Haider. I have been a blacksmith for decades.” Dêwane means crazy in Kurdish. But in Kurdish literature, the term refers to someone in love ...

For the whole story and the photo album check out my Instagram page:https://t.co/TthY0HH7gh pic.twitter.com/Wu3dbjr0PC

“Every one of these book clubs is an enlightenment school, that creates generations who gain confidence in changing society from the bottom up” in the face of youth poverty, growing unemployment and ingrained conservatism, he said.

“Some youths watch football to escape this reality, while others read and write novels and books,” Sabah added.

“Kurdish youths are writing to express their anger and the suffering they are going through, as well as to forget their harsh reality for a brief moment.”

An Iraqi passport doesn’t open many doors, so many Iraqis “read novels to travel”, Faruq said. “We can visit Paris in our imaginations.”

Paiting about famous Kurdish couples Mem û Zîn. Mem&Zîn,thats based in a true story,was written by Kurdish poet&philosopher Ehmedî Xanî.its considered to be the épopée of Kurdish literature.The story isn't only a classic love story,it carries a message abt Kurdish suffering too pic.twitter.com/cnuwkRktWU

Occasional books are distributed in Arabic, Farsi or Turkish, aimed primarily at Kurdish audiences in neighbouring countries who speak a different dialect.

Holding on to a dream

Sabah chalked limited translation and promotion of Kurdish literature up to a “lack of political will.”

“Many countries allocate a budget to introduce their literature to the outside world, but this has not happened here so far,” he said.

A small publishing house, Nusyar, established two years ago in the Danish capital Copenhagen, is taking steps to fill this gap.

Each year, it hands out three awards to young Kurdish authors and it is translating a collection of modern Kurdish poetry into Danish and two novels into Danish, English and Farsi.

“It is extremely difficult and costly to translate and introduce Kurdish literature to the world, but it is a dream and we want to achieve it,” Nusyar founder Alan Pary, himself a poet and translator, said.

One of the two novels Nusyar is working to promote is a science fiction story penned by Sabah, who says it is the first novel of its genre ever written in Kurdish. 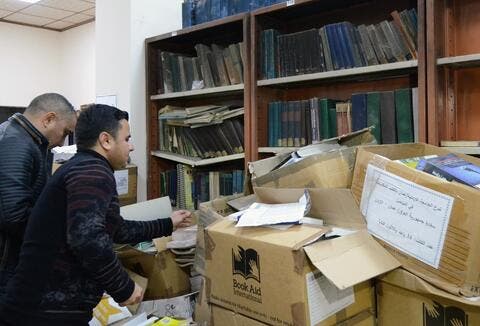 Set in the year 2100, it tells the story of a young Kurdish woman from Erbil who ends a wave of suicides after religion, technology and science fail to stem the tide.

The book has been a hit with young Kurds and is set to be reprinted after the first 500 copies, published at the end of February, flew off the shelves.