Why Was Roman Dusares Remained Important in Nabataean Petra? 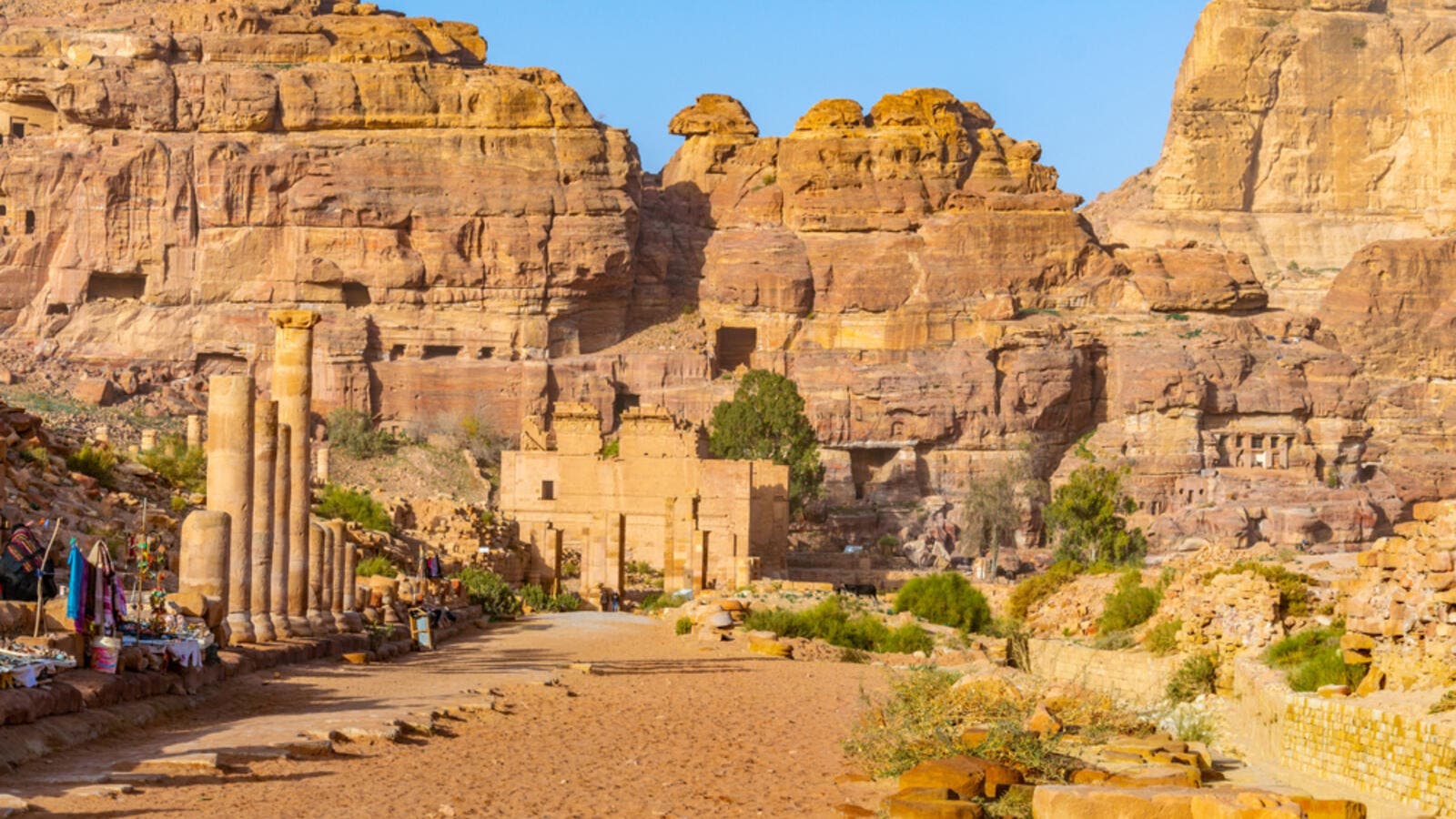 Colonnaded street leading to the Qasr al Bint in Petra, Jordan (Shutterstock)
Highlights
Even after the Romans transferred the Nabataean Kingdom into Provincia Arabia in 106 AD, Dushara, or Roman Dusares, remained an important god, the scholar underlined.

Within Nabatean polytheism, the importance of the Nabatean god Dushara increased with the political and economic development of the Nabataean kingdom, said a German archaeologist.

“Being a regional god of the rocky area of Petra and the close by Shara Mountains, Dushara became the city god in the middle of the 3rd BC when Petra was established as a station on the old incense road from south Arabia to the Mediterranean Sea,” Robert Wenning saids in a recent e-mail interview.

With the profit of the incense trade and the growing of the areas controlled by the Nabataeans, not only the inhabitants of Petra venerated the Nabataean deity whose name means “lord of the mountain”. Also, many Nabataeans living in different parts of the Nabatean Kingdom considered him a supreme god.

A possible reason why more and more Nabataeans considered him a supreme god could be that they worshipped Dushara as a demonstration of loyalty to the Nabataean kings, as Dushara was their dynastic god, Wenning elaborated.

Even after the Romans transferred the Nabataean Kingdom into Provincia Arabia in 106 AD, Dushara, or Roman Dusares, remained an important god, the scholar underlined.

The Nabataean religion is characterised by one supreme god/goddess who meets all requirements of his/her worshippers, Wenning elaborated.

A few other deities can be associated to Dushara like Al Uzza, his mother, the scholar said.

“Other deities cover some special aspects or the needs of particular groups. The Nabataean society was complex and Nabataean religion always reflects different local situations,” the scholar underlined.

In ancient times, often a particular deity would become the supreme god, he continued, adding that Assur of the Assyrians, Marduk of the Babylonians and Milcom of the Ammonites had such a role.

Usually in the ancient religions there is a hierarchic structure in the relations between the deities, Wenning said. However, “the Nabataean religion preserves only few elements of such structures and does not create a real pantheon,” the scholar highlighted.

After the areas in the Near East first came under Greek influence and finally under Roman control, the names of the deities were exchanged, he said, noting that the local supreme god became in many cases Zeus.

“We call this an Interpretatio Graeca. Greek was the lingua franca in the East and even Jupiter, the state god of the Romans, was venerated as Zeus, often with an epithet to make differences from site to site,” the archaeologist explained, adding that the case of the Dushara/Dusares from Petra is different.

Although he is equated with Zeus in a few sources, he kept his name, while the name of another Nabataean supreme god called Odoba (Avdat), who was worshipped in the Naqab, was changed to Zeus Oboda, the scholar underlined.

Beside their names, deities are compared and classified by their characteristics and functions. Dushara was a god of the mountains and a weather god in the ancient Near East tradition, Wenning pointed out, adding that in this aspect he was a god of fertility and could be compared with the Greek god Dionysus, the god of wine.

Most scholars agree that Qasr Al Bint, a temple at Petra, was the main sanctuary of Dushara, Wenning said.

“The Egyptian goddess Isis was the most famous female deity at Petra, even more prominent than Al Uzza following the evidence,” Wenning noted.

“There is no homogenous Nabataean religion which fits all the sites, but local forms of the same concepts and beliefs,” Wenning concluded.