Why Should Black Friday be Renamed?

Published November 25th, 2021 - 09:52 GMT
A pedestrian wearing a protective mask walks past a retail store on November 27, 2020 in New York, United States. Shoppers go out early despite ongoing concerns and limitations due to COVID-19 this year. Jeenah Moon/Getty Images/AFP
Highlights
University of Florida students change their minds on renaming Black Friday after learning it has nothing to do with race

University of Florida students who said they supported changing the name Black Friday because of possible racial connotations - with one even saying it 'sounded offensive' - changed their minds after they were told it has nothing to do with race. 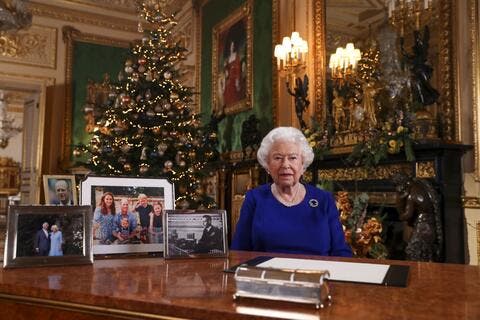 Students at the Gainesville campus were asked by a student reporter with Campus Reform whether they supported renaming Black Friday, the day after Thanksgiving that is seen as a commercially driven day of consumerism. Their responses were recorded on video.

Black Friday was named in honor of retailers earning a profit and going 'into the black' on the day after Thanksgiving after a year of losses and being 'in the red.'

Ophelie Jacobson asks students if they will be participating in Black Friday. Most students said they would not, noting its deep-rooted connections to capitalism and consumerism.

Jacobson went out to see if students were willing to change the name and how far they would take cancel culture.

The survey by Campus Reform was formed in response to the Chicago Tribune's article questioning whether 'Black Friday should be renamed so it is not "discriminating and profiling against black people."'

'Black Friday should be renamed so it is not "discriminating and profiling against black people",' read the headline.

'The name of the shopping day after Thanksgiving should not be called by the name of a nationality,' read the opinion piece. The author's name does not appear.

'Black Friday should be called Holiday Buying Day, Spending Day, Charge Card Day, Green Backs or something other than black, which is discriminating and profiling against black people.'

'Honestly, I'm down to rename that,' one student responded.

'I don't like the name Black Friday. I never really have since I was small.

'Whenever I would go to stores, everything would be jammed packed and I would see workers, kind of, it sounds wrong, but they would lean more toward the lighter skinned people.

'I think that equality’s important,' another student said.

'I mean, I think it's definitely a valid opinion.'

Another student said: 'I kind of agree it should be changed just because Black Friday sounds offensive.'

'The term Black Friday has nothing to do with race,' Jacobson, the Campus Reform reporter, informed the students in the video. 'Should we still change it?'

'No,' one student said. 'If it's not about skin color then I don't see that there's a problem.'

Another student responded: 'If you want to just rename it to, like, spare the feelings, then that's not helpful.'

'It's just a word. Like, it's a color,' another student said.

'Everything will be found offensive at one point,' said another.

One student said they participated in charges at the same time with Black Friday but understood the timeline.

'I just think it really will be you you be participating in Black Friday this year um no, capitalism isn't really my big favorite, thing probably not i just think that it, really perpetuates just this consumerism, and just exploiting labor for our, personal needs and wants 5, possibly not I feel like sometimes the, priorities are being inflated on purpose.'

'I just think it perpetuates this consumerism and just exploiting labor for our own needs and wants.

Calls for Black Friday to be renamed because it sounds RACIST https://t.co/iI8MC7KTug

But once students learned the origins of their day they had it situated.

'Capitalism isn't really my big favorite thing, probably not  I just think that it  really perpetuates just this consumerism and just exploiting labor for our own personal needs and wants.'

Black Friday was first used to apply to the financial crisis following the crash of the financial market. Jay Gould and Jim Fisk, two of the most notoriously ruthless financiers at the time, worked together to buy up as much as they could of the nation's gold.

On that Friday, the conspiracy finally unraveled, sending the stock market into free-fall and bankrupting everyone from Wall Street barons to farmers in September.

As the market continues to fluctuate, holiday shopping has been stalled.

Last year, stores were forced to limit the number of shoppers allowed inside due to COVID.

Major retailer Target has claimed that the rule did not harm its sales, and says it has now decided to give store staff the day off. Its revenue rose by almost 17% from October 2020 to October 2021, with total sales of more than $103 billion.

The questioning also comes as retailers have struggled to fill positions in recent months as tens-of-thousands of Americans quit their jobs, and seek better pay and conditions to return.

That has triggered reduced hours and services in many stores. But Target told CNN last week that its staff turnover for hourly workers was lower than in 2019, pre-COVID, and that it will add 100,000 temporary employees to deal with the Christmas rush.

US holiday sales last November and December rose 8.2% in 2020 from the previous year, according to The National Retail Federation, the nation's largest retail trade group.

But President Joe Biden has blamed the increase in the cost of living on 'market manipulation' and rising gas prices, despite the nation's top economists pointing to the country's supply-chain shortages and businesses struggling to meet the demand from COVID shutdowns as the reason for the rise in prices.

On Tuesday, Biden authorized the release of 50 million barrels of oil from the Strategic Petroleum Reserve in a bid to lower soaring prices at the pumps as the average cost of gasoline recently breached a seven-year high, reaching $3.409 per gallon.