It's surely the location for the ultimate Christmas sleepover. 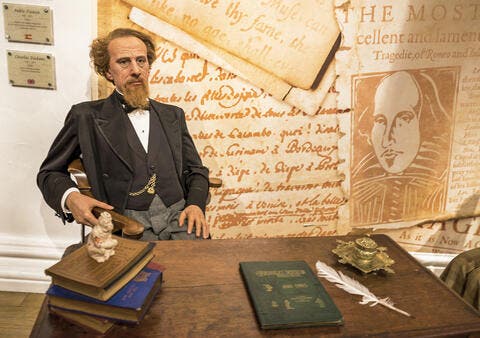 Must We Thank Charles Dickens for Christmas?

The real-life Home Alone house will soon be available to rent on Airbnb, with the listing revealing Kevin's older brother Buzz McCallister as the 'host'.

Buzz writes: 'You may not remember me as particularly accommodating, but I’ve grown up, and I’d be happy to share my family home – my pizza, even – with you this holiday season. Just try not to let my tarantula, Axl, loose this time.

Calling all filthy animals: Airbnb is renting the iconic "Home Alone" house for one night only this month https://t.co/4rZj2GhICL pic.twitter.com/wy6PAzDdih

'We may all be older and wiser now, but we’re never too old for holiday hijinks. So, this year, spend the holidays not-so-home-alone at my parents’ house.

'This holiday season, we’re playing by my little bro’s rules, so feel free to eat junk food, watch rubbish on TV, borrow my dad’s aftershave and choose your own adventure with a legendary battle plan as a guide. Just stay out of my room, okay?'

The privately owned property is located at 671 Lincoln Avenue in Winnetka, a 30-minute drive from Chicago, Illinois - where the film is set.

It was handpicked by the production team behind the 1990 flick, which starred Macaulay Culkin as a boy who cleverly fends off a pair of burglars when his parents jet off to spend Christmas in Paris - accidentally leaving him behind.

As Fancy Pants Homes explains, the property, which was originally built in the 1920s, was owned by John and Cynthia Abendshien at the time the film was made.

The couple told the Chicago Sun-Times that they camped out in the four-room master suite during the six-month movie shoot while the rest of their home was used for filming.

The iconic home was sold for $1.58 million nearly 10 months later in 2012. The price was not far above Winnetka's median at the time. The buyer was not identified.

The international popularity of Home Alone may have worked against the Abendshiens when they tried selling the property, which has remained a tourist attraction since the film's release.

Residents in the North Shore neighborhood have been dealing with sightseers visiting and taking pictures of the house for the past 31 years.

'It was a big deal having the movie filmed here, and it’s still a big deal,' longtime Winnetka resident Ann Smith told the Chicago Tribune in 2019.

'Any time I’m walking by that house, I see someone out in front, taking pictures.'

The facade of the property features in the film, along with the kitchen, the attic (where Kevin is sent to spend the night in the opening scenes), the first-floor landing, the main staircase, and the basement.

However, a replica of the house interior was built in the gymnasium in the nearby New Trier Township High School, as the house was too small to accommodate the crew for certain scenes.

Now, for the first time ever, fans of the film will get the chance to relive the Christmas classic in the official McCallister home.

The stay will begin when guests walk into the 'cosy holiday scene with twinkling lights and a perfectly trimmed tree in celebration of the season'.

Airbnb says that guests can 'let their inner eight-year-olds run free for the evening without the interruption of pesky intruders'.

According to the listing, there will be 'booby traps galore' - which guests will have the chance to set up themselves.

Fans can even recreate the moment Kevin McCallister applies his father's aftershave - there will be 'ample opportunity to scream into the mirror'.

As for haute cuisine, guests can tuck into 'all the ‘90s favourites their hearts' desire', from Chicago’s finest pizza to a candlelit dinner of microwavable Kraft Macaroni and Cheese.

A meet and greet with a real-life tarantula, much like Buzz's pet Axl, will also be arranged during the festive stay.

You can now stay at the house from Home Alone on Airbnb! pic.twitter.com/5U3s8joS7H

Finally, as a memento of their stay, guests will be gifted a Lego Ideas Home Alone set to build at home. 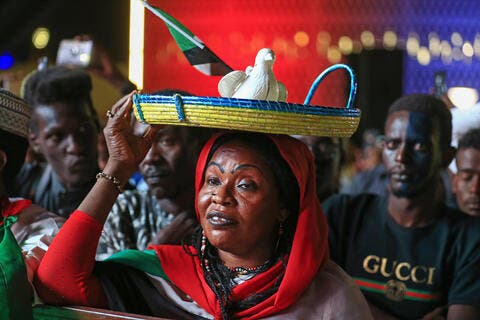 Christmas Celebrated in Sudan for the First Time in Years, Hailed as Victory for the Revolution

The McCallister residence is available for a one-night stay for up to four guests on December 12 for $25 (£19). In honour of the new rental, Airbnb will make a one-time donation to La Rabida Children’s Hospital in Chicago.

Fans can request to book the property from Tuesday, December 7, at airbnb.com/homealone.