Young Saudi Takes Her Pet Cheetah For a Stroll

Published May 23rd, 2021 - 04:50 GMT
pet cheetah (Shutterstock)
Highlights
Often the animals are smuggled into the Kingdom or secretly bred. Videos of lions appearing to playfully jump on their owners have been circulating for years.

Whatever happened to taking your children to a pet shop to buy a small fish or canary as a pet? It seems those days are over, with a video of a young girl in Saudi Arabia taking her pet cheetah for a stroll. 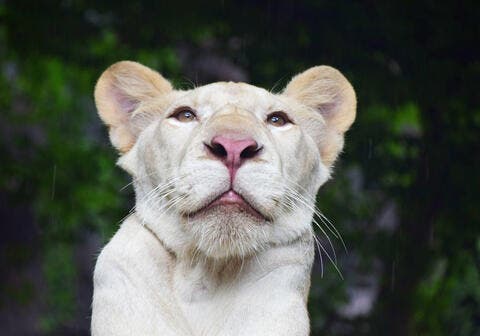 The footage, which shows a girl aged about 10 struggling to control the big cat after letting it out of a car, sparked outrage and calls for action on social media.

To add to the confusion, the pet’s owner deliberately shared the video in defiance of National Center for Wildlife warnings against keeping wild animals, often referred to as exotic pets.

#Ethiopia: A growing demand for exotic pets in #Saudi_Arabia & the #UAE is fuelling the smuggling of cheetahs in Ethiopia https://t.co/THXkRkiGmC Only 7,100 cheetahs are left in the wild, at least 90% of them in #Africa. pic.twitter.com/NsVrhExdrc

The authority has repeatedly refused to provide licenses for ownership of exotic pets, and warned that in coordination with the interior minister, owners of predatory animals could face up to 10 years’ imprisonment and fines of up to SR30 million ($7.9 million).
It is not the first time wild pets have been seen on the streets or in the backyards of Saudi homes.

Often the animals are smuggled into the Kingdom or secretly bred. Videos of lions appearing to playfully jump on their owners have been circulating for years.

Social media platforms, especially TikTok, are riddled with videos of lions, cheetahs and other wild animals being kept as pets.

With more Saudis ignoring the warnings and defying orders, authorities are reiterating that they do not issue permits for wild animals such as lions, tigers and bears.  Jeddah residents were alarmed to discover alligators living and roaming freely near Al-Arbaeen lake, south of the city, after the reptiles outgrew their home and were dumped by their owner.

Homeowners living near the man-made lake called on the authorities to remove the creatures.

Last April, a 22-year-old Saudi man bled to death after being attacked by his pet lion.

In April 2019, the director of the Saudi Wildlife Authority licensing department, Bandar Al-Faleh, told Arab News that specific measures outlawed the keeping of animals such as big cats and wolves as pets. “There is no license to own predators,” he said.

Al-Faleh said that a royal decree prohibits the importation of these animals for personal use or commercial purposes. “Owning a predator is illegal,” he said. Saudi Arabia’s animal welfare laws stipulate that owners are responsible for the care and well-being of their animals, and must take precautions to ensure that pets suffer no harm, pain or suffering.

Owners also must provide appropriate facilities and living conditions for the animals.

“It’s not right to trap animals this way and it’s unrealistic to domesticate them. Cheetahs are predators and, just like all big cats, they will follow their instincts and attack if they feel the need to — it’s part of their nature. This is animal cruelty.”

Almarshad has documented and reported cases of animal abuse for years, complaining to authorities about unacceptable commercial activities, and campaigning to stop vets operating on animals to reduce their threat level — by declawing or defanging big cats, for example.

“Unfortunately, this trend is not unique to the Kingdom — you see it everywhere, and some show these pets off as a sign of how much money they have,” she said.

“It’s only when something bad happens that they discard them, and often the animals are the victims of this form of abuse.” 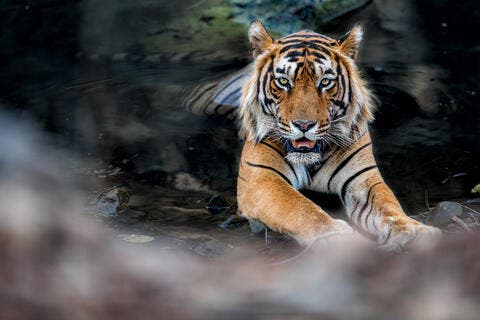 A Saudi Youth Launches Campaign to Save Animals in Danger

The Kingdom has banned hunting and keeping wild animals as pets, and a 2018 law prohibited practices deemed harmful to animals, including declawing and tail docking.

With Saudi authorities vowing to remain vigilant and issue hefty fines to owners of predator animals, taking a pet cheetah for a stroll may become risky in more ways than one.