Is Adele Dating Grime Star Skepta After Her Marriage Split ? 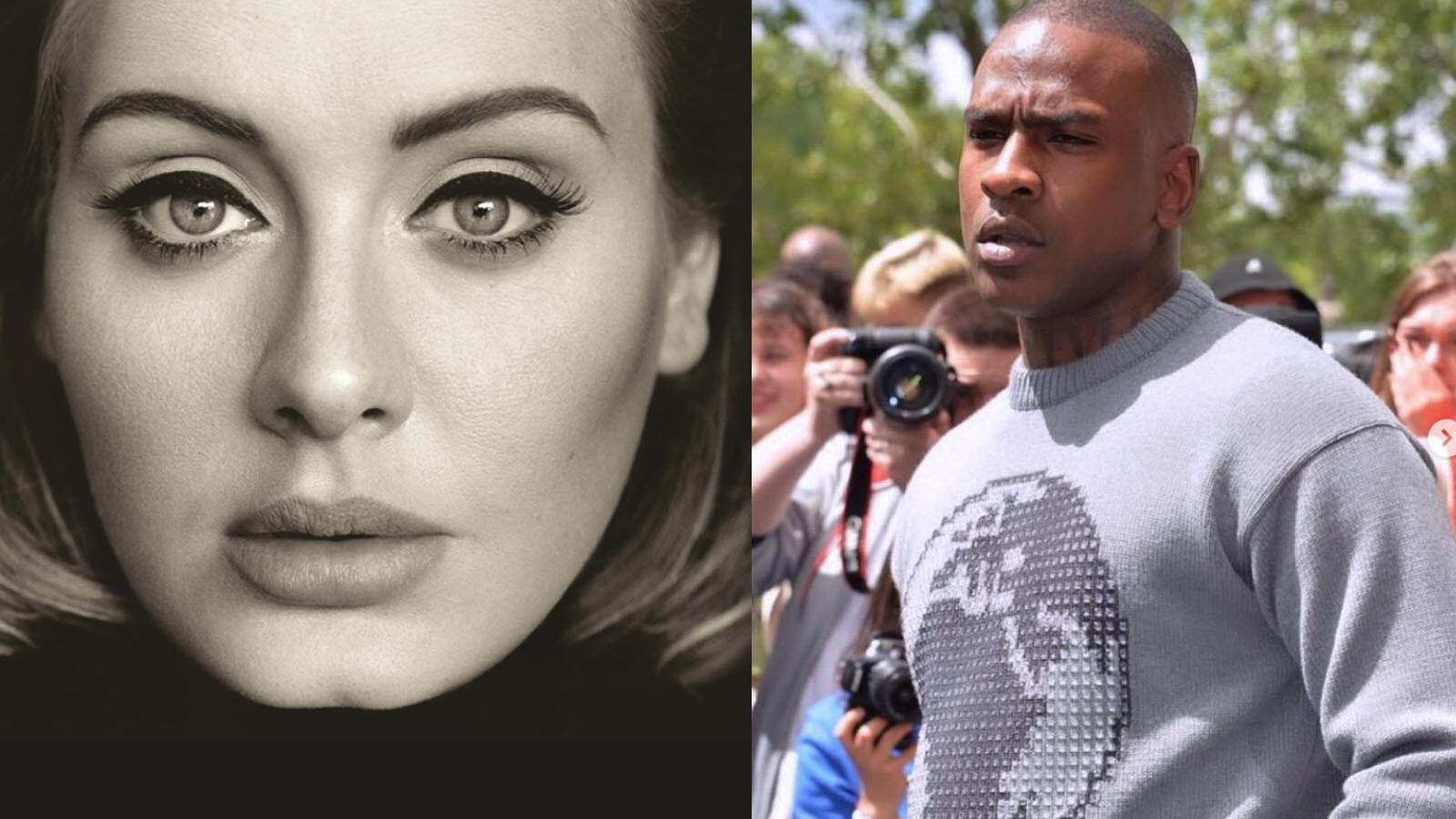 Adele joined Skepta to help celebrate his 37th birthday at the Crystal Maze experience in London just two weeks ago
Highlights
The Hello singer, 31, has apparently developed a romance with her fellow Tottenham native, 37, following her split from Simon Konecki after seven years

Adele is reportedly dating Grime artist Skepta following the breakdown of her marriage with Simon Konecki.

The Hello singer, 31, has apparently developed a romance with her fellow Tottenham native, 37, after enjoying a string of dates.

And amid reports of the blossoming romance, friends of the pair are reportedly 'hoping and predicting' that they go on to become a 'great couple.'

Adele split from Simon in April this year, after seven years together.

According to The sun, the chart-topper joined Skepta to help celebrate his 37th birthday at the Crystal Maze experience in London just two weeks ago.

A source revealed to the publication: 'Adele and Skepta have been there for each other a lot after both their relationships split up. They have a close bond and there’s definitely a special connection.

'They’re spending more and more time together. Some of their friends are hoping and predicting they could end up being a great couple one day.'

The insider added: 'They are both private about their love lives and they are both committed to their children first and foremost as well.'

The reports come after the pair have spoken about each other in high regards to the press and made it clear of their fondness on social media.

In 2016, Skepta said of Adele to ES Magazine: 'Adele texts me all the time and keeps me in check. She speaks to me about how things are going.'

While in the same year, the Someone Like You hitmaker posted a picture of the Shutdown rapper, writing: 'Tottenham Boy' alongside a heart emoji.

The Mercury Prize winner retweeted the snap and replied: 'love you' with a red rose emoji.

Discussing the moment, months later Skepta told IBTimes UK: 'She gassed me up. One day I was just chilling and she [tweeted] a picture that said ‘Tottenham boy’ and she’s from Tottenham as well.

'I was actually going to quit music that day, that was one of the sickest things ever. She’s like the lady of Tottenham.'

Grammy winner Adele officially filed for divorce from Simon, 46, last month, and the following day she continued her legal process when she asked for joint physical and legal custody of their son Angelo, who turns seven this month.

And just four days after she filed for divorce, Simon agreed to her request for joint custody of their child, showing signs that their split will be amicable.

The duo originally announced their split in April. The Blast obtained documents pertaining to Adele's situation, and reports that she 'is willing to settle up on finances in mediation and have indicated they have worked out a custody arrangement.'

The news appears to coincide with sources who spoke to People earlier last month of the couple's plans to 'stay friendly because of their child'.

Said one source: 'They're raising Angelo with love, warmth and real respect for each other. She just seems happy being a mom and working.'

People reports that the couple wed in May of last year, according to divorce filings obtained by the site. Adele and Simon reportedly did not have a pre-nuptial agreement.

The couple chose California to file for divorce, and Simon could walk away with half of Adele's fortune, which is estimated at $180 million.

The duo reportedly filed in the state because 'they own property and [Simon] Konecki's business has a base of operations,' according to People.

Their original decision to split was announced in April via Adele's reps.

'Adele and her partner have separated. They are committed to raising their son together lovingly. As always they ask for privacy. There will be no further comment.'