The picture revealed their close friendship at the time, as Ahlam appeared placing her head in Nasri’s lap while smiling to the camera.

The photo has sparked controversy and satirical comments; as some commented on their previous powerful friendship, and others pointed out how different they looked before undergoing plastic surgeries, as someone asked, "Where is Ahlam and where is Assala in the picture?" 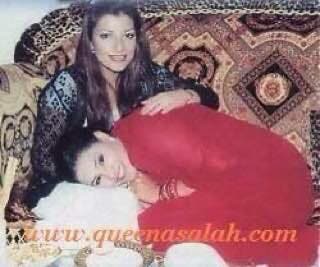 Ahlam and Assala have always been in that road of arguments and disagreements, and this is not the first feud that happend between the two of them.