Ahmed El Fishawy Kisses his Kim Kardashian Look Alike Wife AGAIN on the Red Carpet.. Why Did he Cry? (Pictures)

History repeated itself as the hot couple kissed each other in front of the cameras yet again. But soon after at the same event, El Fishawy broke down in tears after festival organizers paid tribute to his late father, actor Farouk Al-Fishawy, who passed away last July.

Ahmed was unable to control his tears as he watched his father's pictures on display. He stood and sobbed as he pointed to the photos on the screen. 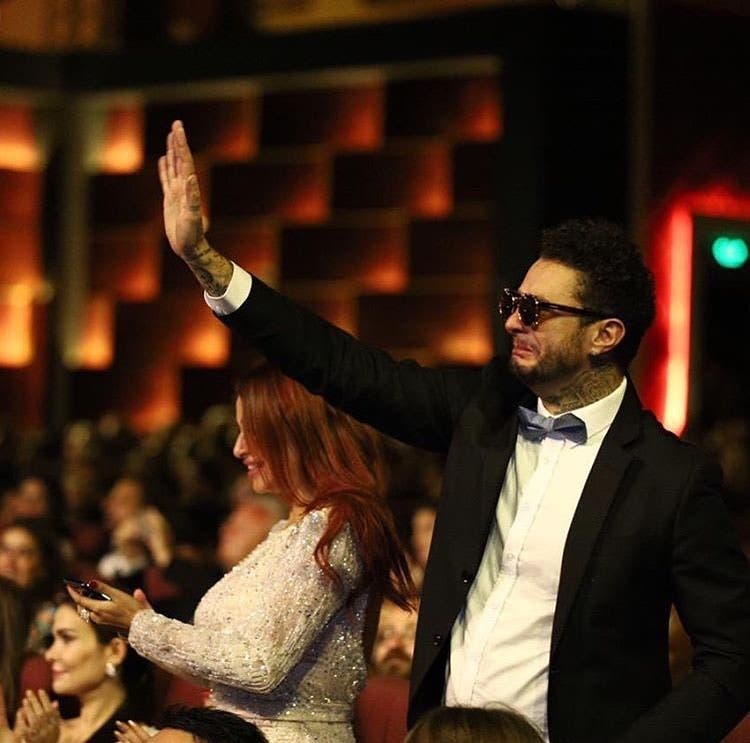