What you're about to see isn't what you normally see on screen!

Social media has been buzzing with leaked pictures of Lebanese journalist Ghada Owais, who has been working as a news anchor for years on Aljazeera.

In the first picture, Ghada appeared smoking next to a man who did the "hand gesture". 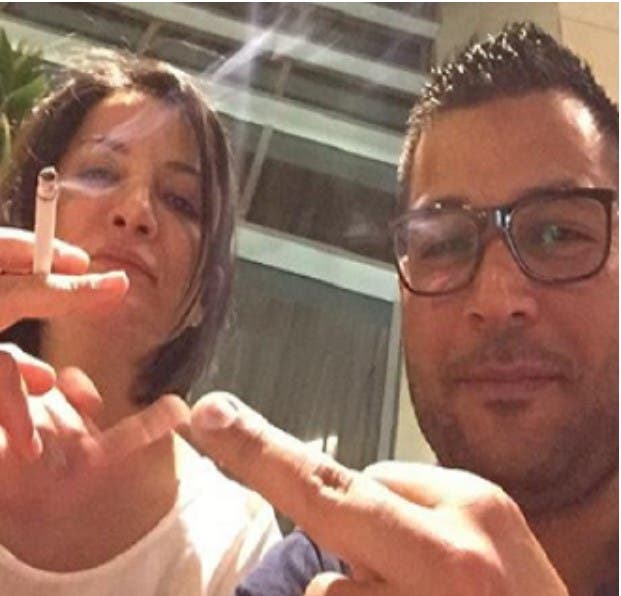 However in the second image, she was sitting with the same man and a woman drinking alcohol and wearing what the audience described as revealing clothes.

Ghada's footage seem to have angered the audience as they launched the hashtag #حرباء_الجزيرة "Aljazeera Chameleon" to attack her, because they refuse to see her decent and calm TV character in this strange status as they describe her.

From her side, Owais did not stay silent and commented on what's being said about her via a tweet.

She said: "The continuation of the policy of intimidation, despite its uselessness, is a stupid thing that characterizes countries of blockade. I am still exposed to all kinds of intimidation, obscenity, fabrication, threats and rumors on social nonsense sites, and I received all kinds of attempts to penetrate my phone, computer and mail, even though it does not carry any kind of secrets. What did these idiot systems benefit?" .