After Johnny Depp won a defamation lawsuit against his ex-wife, Amber Heard, and after the verdict and his appeal. Amber Heard officially declares bankruptcy.

It has been reported in a number of reports that Amber Heard filed for bankruptcy after she failed to pay the libel settlement settlement brought to her by the Virginia Court of Johnny Depp.

This is not surprising, since Amber's legal team has already stated in previous interviews that she does not have the funds to pay her ex-husband's $10 million.

But Amber Heard also generated a recent legal controversy. Especially when she claimed and said that she believes that the court made errors that prevented a fair and compliant judgment of the First Amendment. 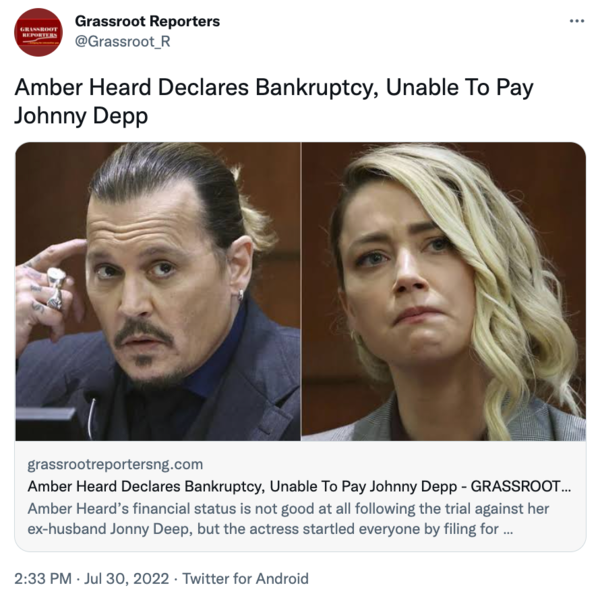 According to Marca, Amber Heard filed for bankruptcy before July 21, 2022. 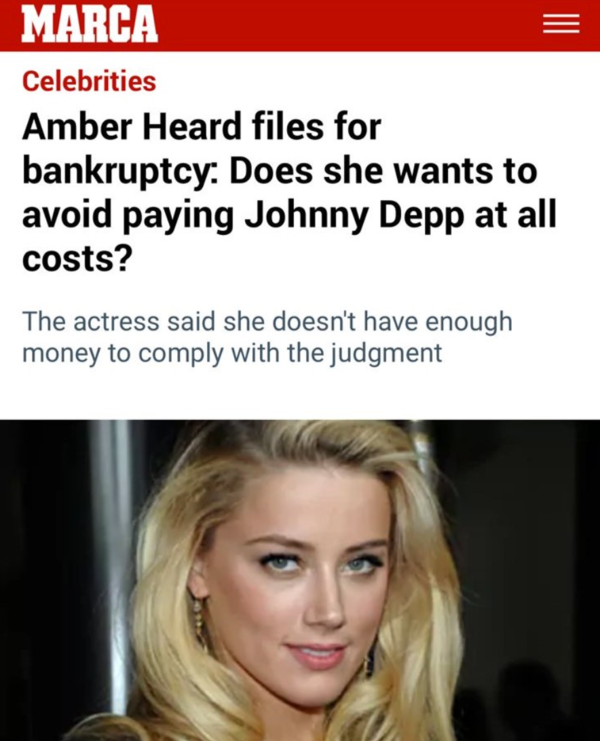 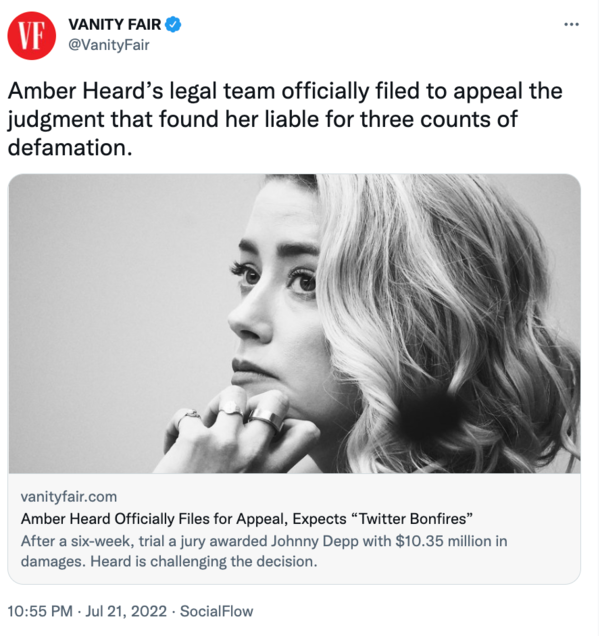 She appealed to the court about the state of her finances and retracted settlement payments.