Are They Back Together? Halsey and G-Eazy Kiss on Stage 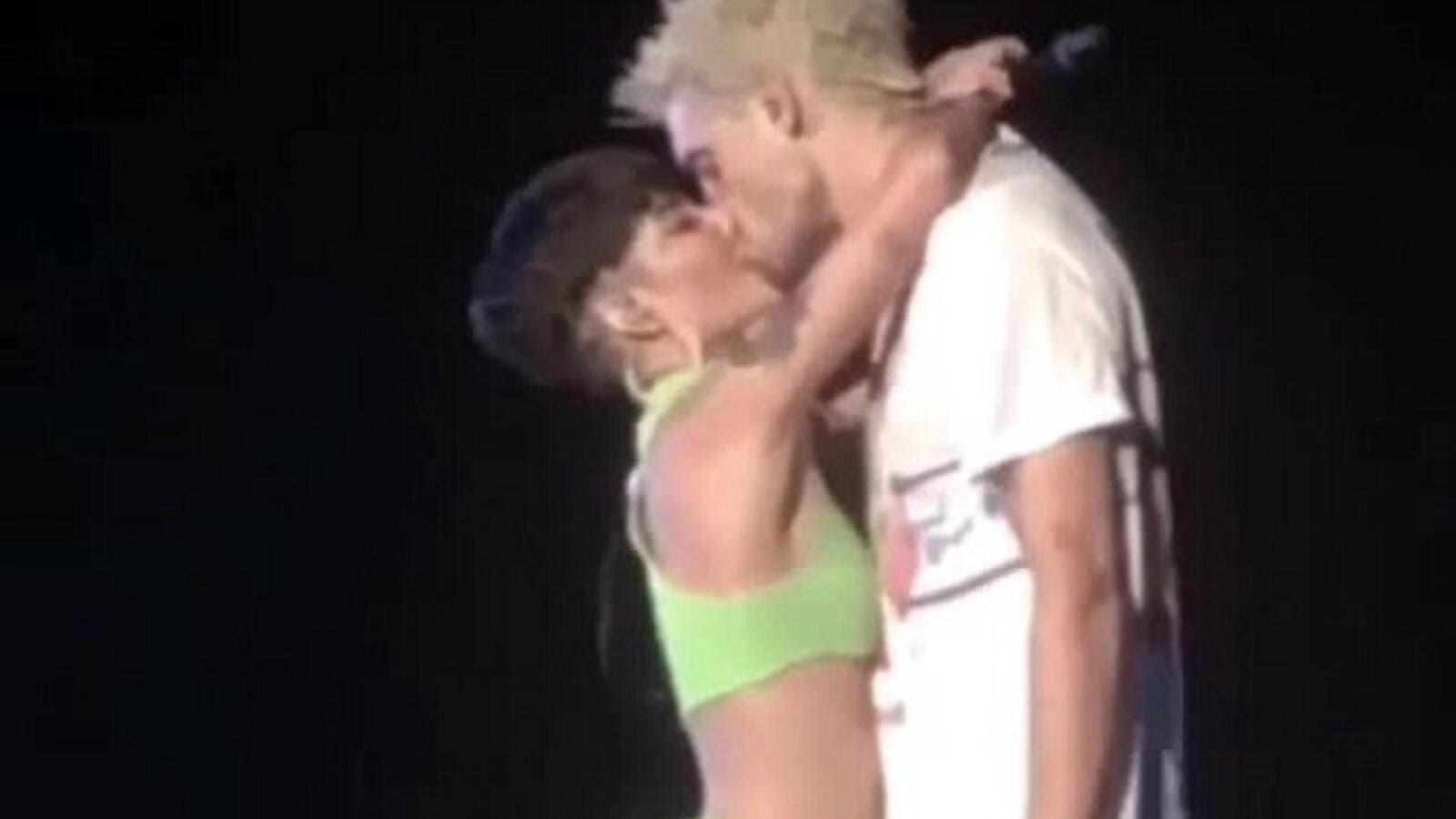 Rekindled romance! Halsey and G-Eazy, who called it quits in July, added fuel to the reconciliation fire on Friday night when fans witnessed the exes kissing on stage during the 29-year-old rapper's New Jersey concert (Source: imhalseygeazy - Instagram)

They split back in July after roughly a year of dating.

But Halsey and G-Eazy added fuel to the reconciliation fire on Friday night when fans witnessed the exes kissing on stage during the 29-year-old rapper's New Jersey concert.

'Make some noise for the most beautiful woman on this planet,' G-Eazy told the crowd as the 23-year-old singer joined him for a rendition of their hit collaboration, Him & I.

Footage of the kiss showed Halsey, given name Ashley Nicolette Frangipane, wrapping her arms around G-Eazy's neck before planting a kiss on his lips.

The No Limit rapper passionately caressed her cheek with one hand before she skipped off with a smile on her face.

To no surprise, the couple's duet turned into a steamy PDA session that included Halsey grinding and grabbing on Eazy's crotch.

According to Us Weekly, G-Eazy, born Gerald Earl Gillum, and the Bad At Love hitmaker are 'hanging out again and figuring things out.'

'She's liking his pics on Instagram and they aren't trying to hide the fact that their on/off relationship is complicated,' a source said.

'They were so serious before and now they don't feel that same pressure to define it. They're super into each other still but they're being casual for now and avoiding labels. Their friendship is still strong and intact and they both care about that a lot.'

Halsey didn't divulge the reason behind their split when she made a brief Instagram statement on July 3.

'I normally keep this kind of thing private but provided our public nature I feel the need to inform my fans. G-Eazy and I are taking some time apart,' she wrote at the time. 'I wish him the best.'

The couple first fueled reconciliation rumors on August 20 when they were seen heading to an MTV Video Music Awards after party in NYC together.