Are The Weeknd and Angelina Jolie Romantically Involved?

Angelina Jolie and The Weeknd met up for a dinner date on Saturday night.

The duo wore all-black outfits, and left dinner in the same vehicle.

Back in late June, the entertainer and the successful actress grabbed dinner together, they also attending the same concert in Los Angeles.

The 46-year old actress split from her ex-husband actor Brad Pitt, and the duo are still fighting for custody over their six children.

In March, she also filed legal documents that claim she has “proof and authority” to support allegations of domestic violence against Brad (he was cleared of child abuse by the Department of Child & Family services, as well as the FBI, in 2016). 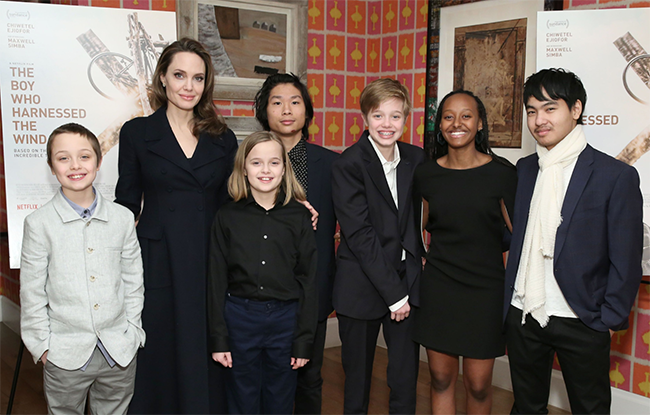 The weekend previously was in a 10-month relationship with Selena Gomez, which spanned January 2017-October 2017.

The 27-year-old 'Texican' pop star then got back together with her on/off flame Justin Bieber, which was said to have inspired The Weeknd's 2018 track I Was Never There.

The Save Your Tears singer was first linked to Bella Hadid in April 2015 and split in November 2016 before rekindling their on/off romance in November 2017, but by August 2019 they were over again.