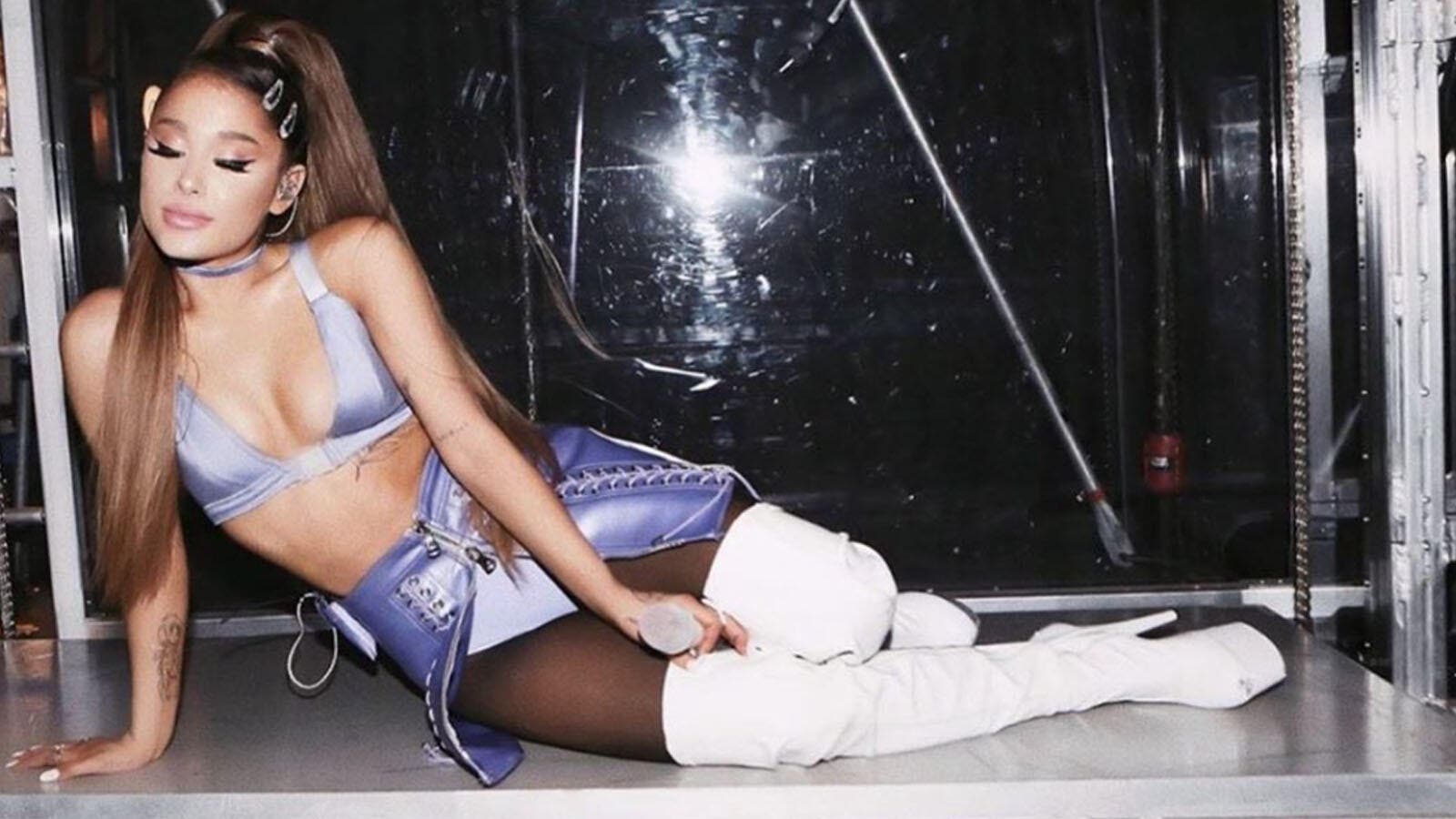 it seems the pop star was ready for a change
Highlights
Ariana Grande has been rocking her very signature long and sleek ponytail style dating back to 2014.

But it seems the pop star was ready for a change and revealed her natural curls to Instagram on Monday.

The 26-year-old told her followers to 'get a load of dis' as she shared a selfie of her shocking locks.

Curls fell around her forehead and down her back in a long style as she posed for a selfie.

The God is a Woman singer looked glamorous in her snap, with sharp and exaggerated black winged eyeliner and a flawless complexion.

While resting her chin in her hand, her fingers fell over her lips and also showed off pink and white manicure.

Before becoming one of the biggest pop stars on the planet and having her now iconic ponytail, Ari rocked her naturally curly and dark hair, which cameras caught at her 13 Broadway premiere.

Grande has previously said her ponytail style, with a tight top and long locks, was a style used to cover her bleach damaged hair.

From 2010 to 2013 she starred in Nickelodeon's Victorious, which just celebrated its 10th anniversary, where her character Cat had bright red, dyed hair, which left the star's natural locks damaged.

In a 2014 Facebook Post she explained the need for the style saying 'I had to bleach my hair and dye it red every other week for the first 4 years of playing Cat... as one would assume, that completely destroyed my hair.'

Adding: 'My real hair is back to brown and I wear extensions but I wear it in a pony tail because my actual hair is so broken that it looks absolutely ratchet and absurd when I let it down.'

And in 2018 she stuck by her style, though no longer out of need but because it made her feel like herself.

'I mean, it's like a Victoria Secret angel without angel wings. It's still her without them, but when she's with them it's like, "Ohh, I get it, she's an angel,"' she told Fader.

Fellow star Camila Cabello tried Ari's signature style back in 2018 and wrote on Twitter 'I just did a high ponytail for the first time and it is literally pulling on my BRAIN ITS SO PAINFUL HOW DO YOU DO IT @ArianaGrande.'

To which Ariana responded: 'well u actually have hair so that prolly makes it a lil more painful ..... nah jk i’m in constant pain always and don’t care at all.'