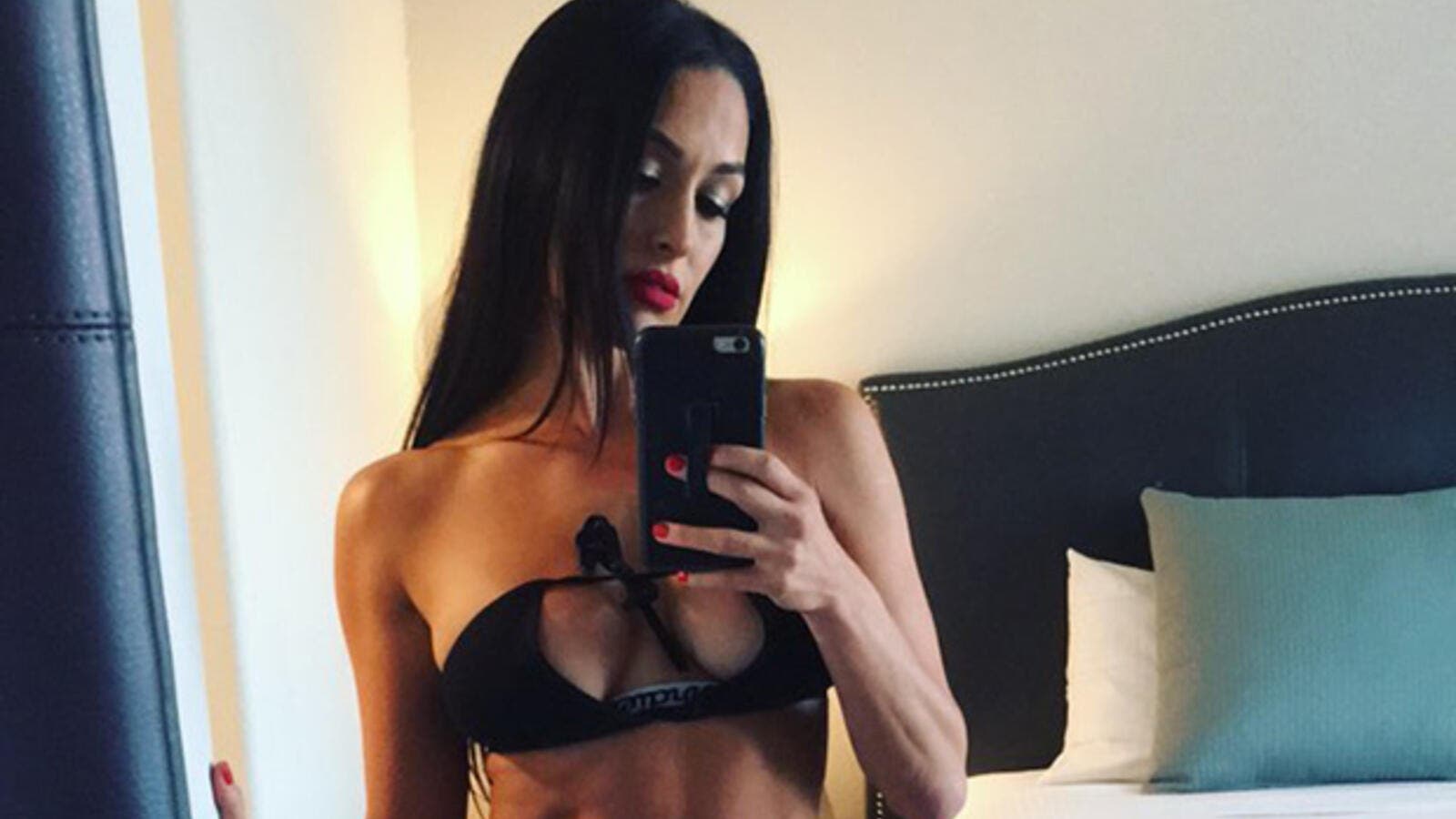 The 36-year-old retired professional wrestler has been romancing the 'Dancing with the Stars' professional since March this year, and has said that meeting his parents was "difficult" because they only speak Russian, so she had Artem teach her a few phrases in the language so she could communicate with them.

She explained: "I was very nervous to meet Artem's parents. One thing that was very difficult is the language barrier. His parents only speak Russian; I don't know Russian. But, you always hear about Russian parents, especially the moms. They're very protective of their boys, so I was very nervous."

But although Artem was happy to teach Nikki some phrases, the 'Total Bellas' star "froze up" when the time came, and couldn't remember what she'd been taught.

She added: "I froze up and I was staring at him. I was like, 'So how do I say hi? What do I say?' "
Despite the language barrier, Artem insists the meeting "went really well".

He said: "The things you should know, I've been translating back-and-forth, so it's like part of the filtration comes through me.

"My parents love Nicole. It's been a great reunion. I haven't seen them for over five years. They've been able to finally meet her in person, her to be able to see them, it was kind of a dream come true."

And Artem's parents are so happy to welcome Nikki to their family that they're already asking the pair when they plan on having children together.

Speaking to Us Weekly in a joint interview, Nikki said: "He did not translate that to me, but I know his dad's already asking about babies over marriage. All I told Artem, I was like, 'Did he Google my age?'
'Does he think I'm old?' 'Your dad must think I'm old.' Because I was like, 'he's asking about babies and not marriage,' but yeah, it's weird. I think it is going fast, but I think in that department, we kind of slow it down."

Trump's ME Peace Deal is an Illegal Deal

Turns Out Nick Jonas Does Eat His Greens

Afghan Airlines Plane Crashes With 83 People on Board in Ghazi