The feud started when Banks reacted to the news of Fox's split with rapper Kanye West.

"What did you hustle him for? A bag and some Lucien’s? You absolutely did not come up because if this is how women who “always date billionaires” behave when s**t goes south, threatening tell-all books… You can kiss your days as a low-rate escort goodbye, sis". The 'Luxury' rapper shared. 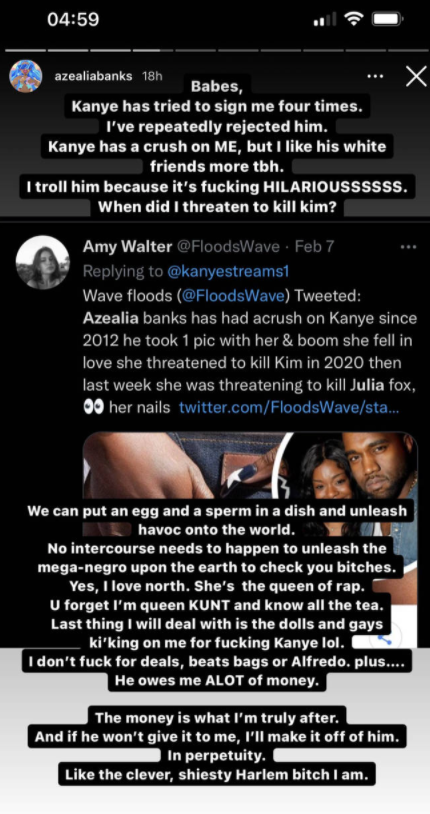 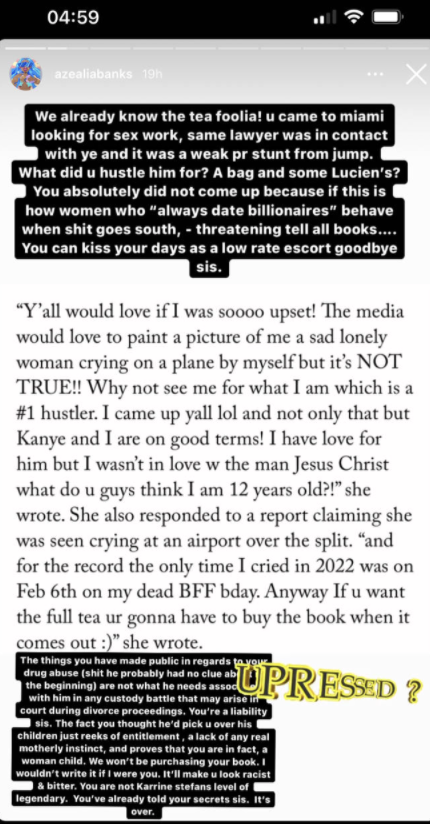 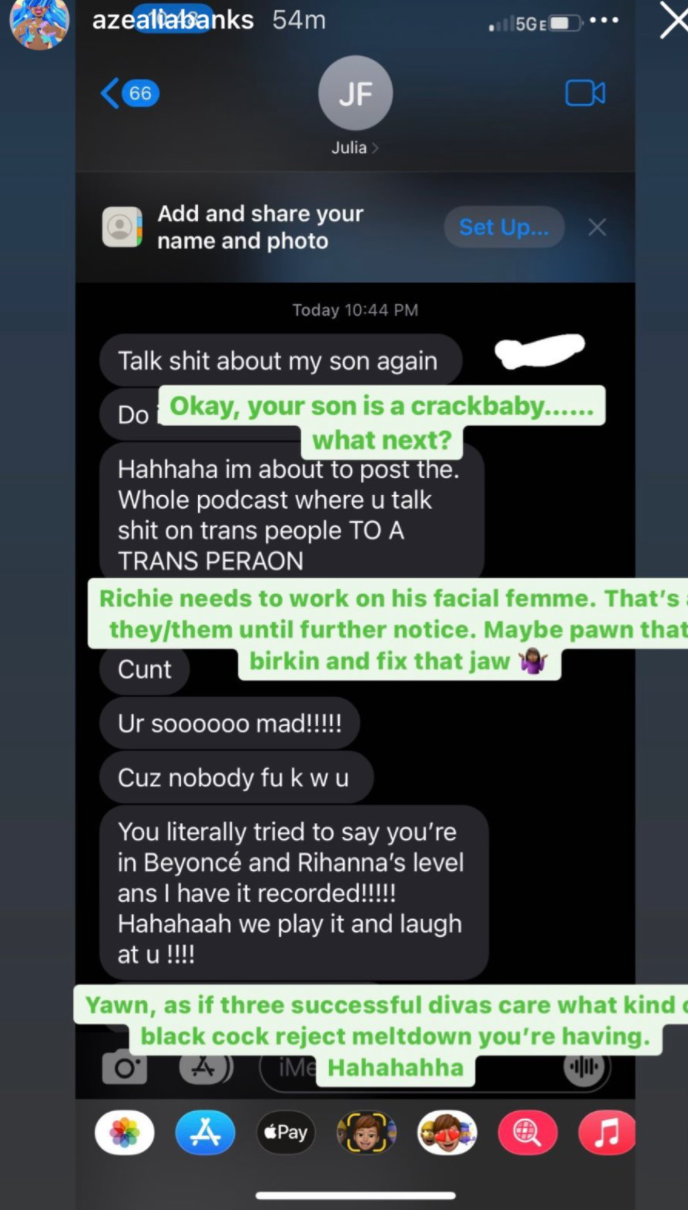 Banks then went on to talk about Julia's past drug addiction in the past, 'The things you have made public in regards to your drug abuse (s**t he probably had no clue about in the beginning) are not what he needs associated with him in any custody battle that may arise in court during divorce proceedings. 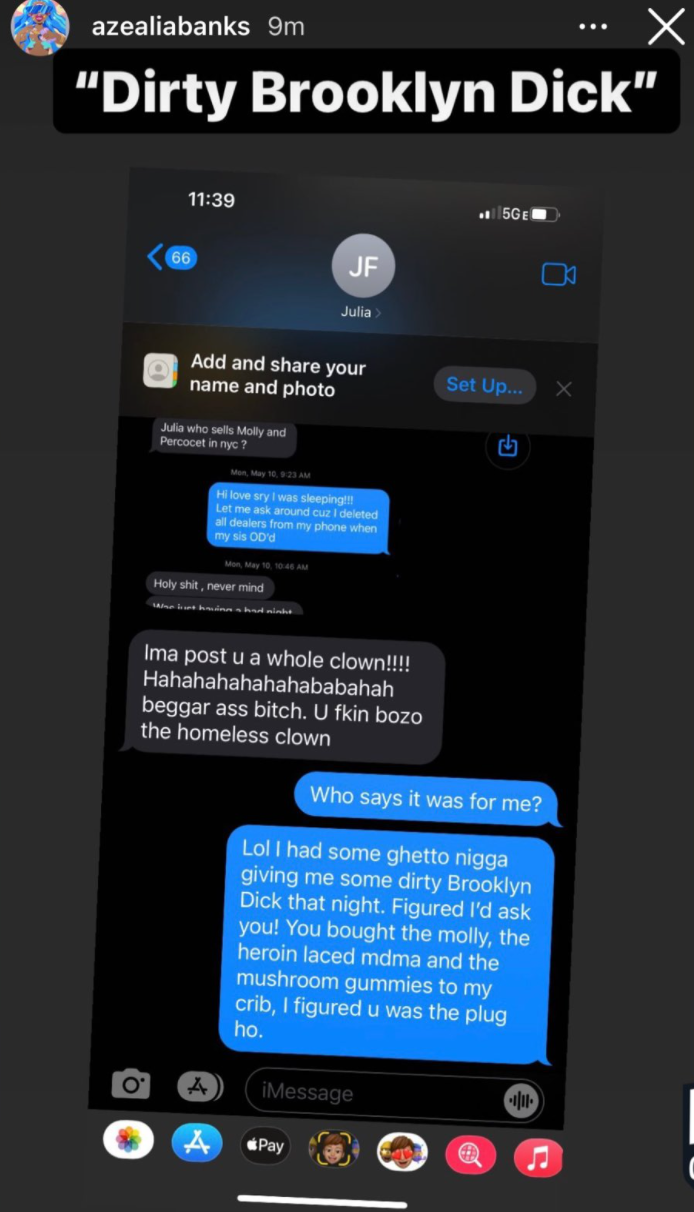 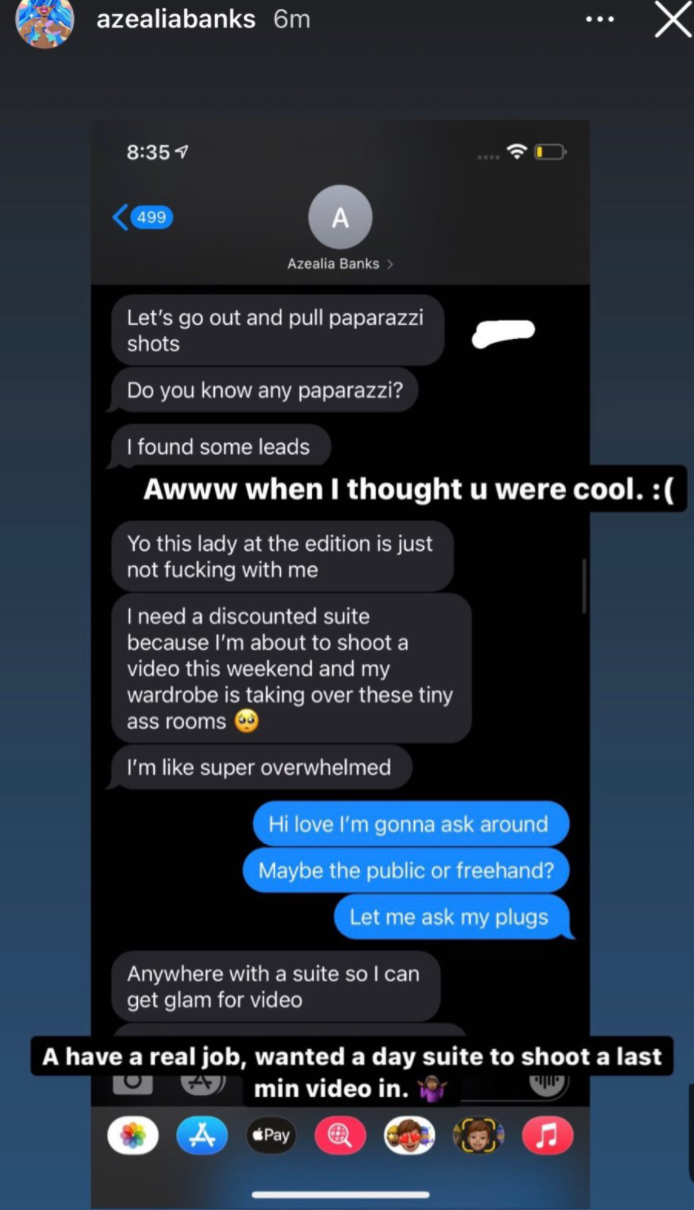 ''it’s not what Kanye needs associated with him in any custody battle. The fact [she] thought [Ye would] pick [her] over his children just reeks of entitlement, a lack of any real motherly instinct, and proves that [she is] in fact, a woman child. We won’t be purchasing your book".

'I wouldn't write it if I were you. It'll make you look racist and bitter. You are not Karrine Steffans level of legendary. You've already told your secrets, sis. It's over.'

Azealia then shared a screenshot of an alleged text exchange with Julia, in which the actress had warned her not to 'talk s**t' about her son.' 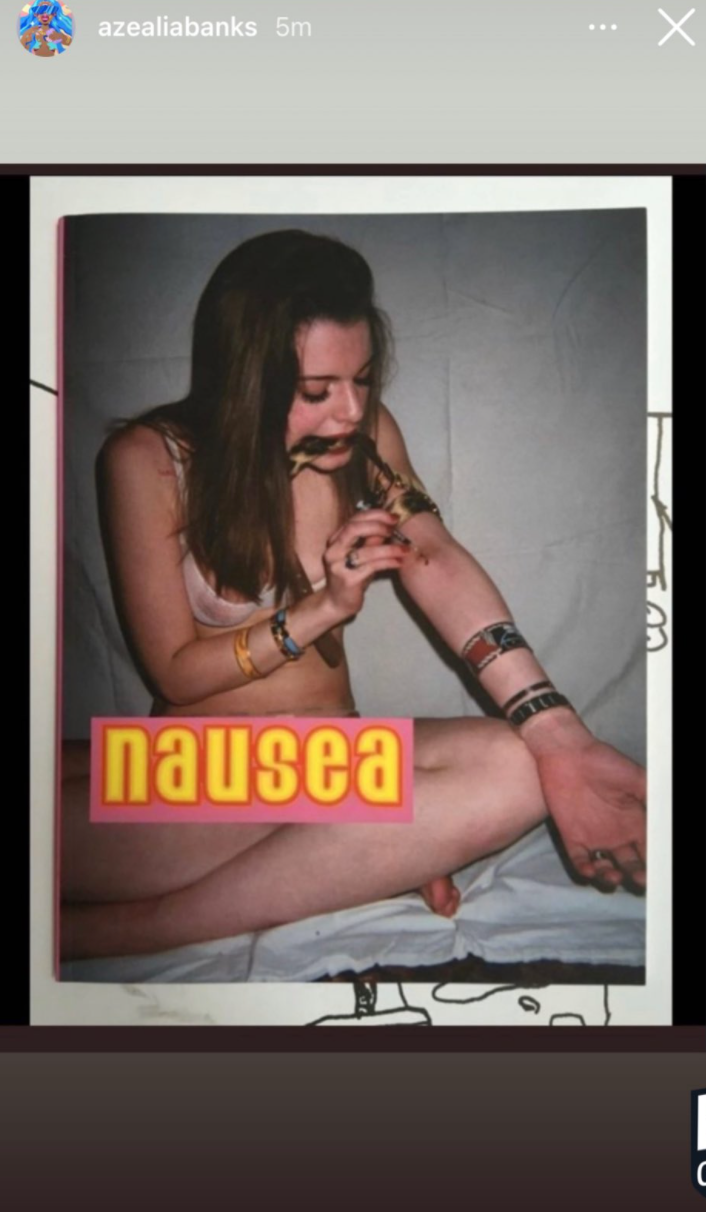 Banks also added a picture of the model as she injects herself with a needle and captioned it 'nausea'.

Shortly after, Julia responded to Azealia, "That is so horrible to say. It’s a real f*cking disease. And I’ve also been open about my recovery journey!!! But nobody wants to mention that right….. If this troll says one more thing about my parenting or my son".

She continued: "I was too nice to her cuz I felt sorry for her but now I realize why she spends all the holidays alone. Nobody wants that energy sis!!!".

Fox also shared old text messages in which it showed Banks asking Fox where she might get cocaine in New York City.

"So it has come to my attention that this troll keeps calling me a junkie umm sis do u recall @azealiabanks" she captioned the story.