Hadid added a Palestinian Dabkeh song 'Bint L'arab' to a video where she is seen rolling the traditional Palestinian grape leaves with the rice and meat stuffing. 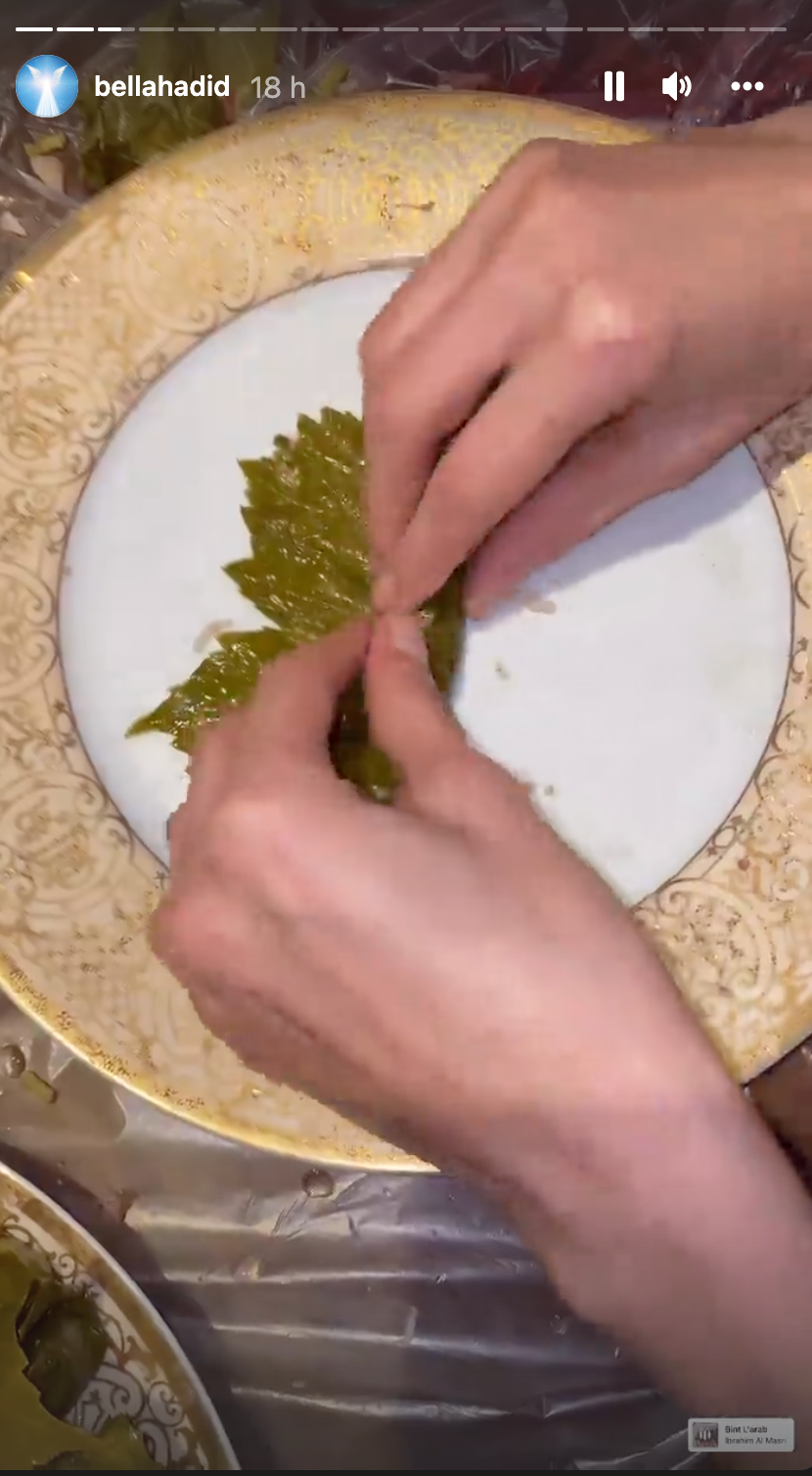 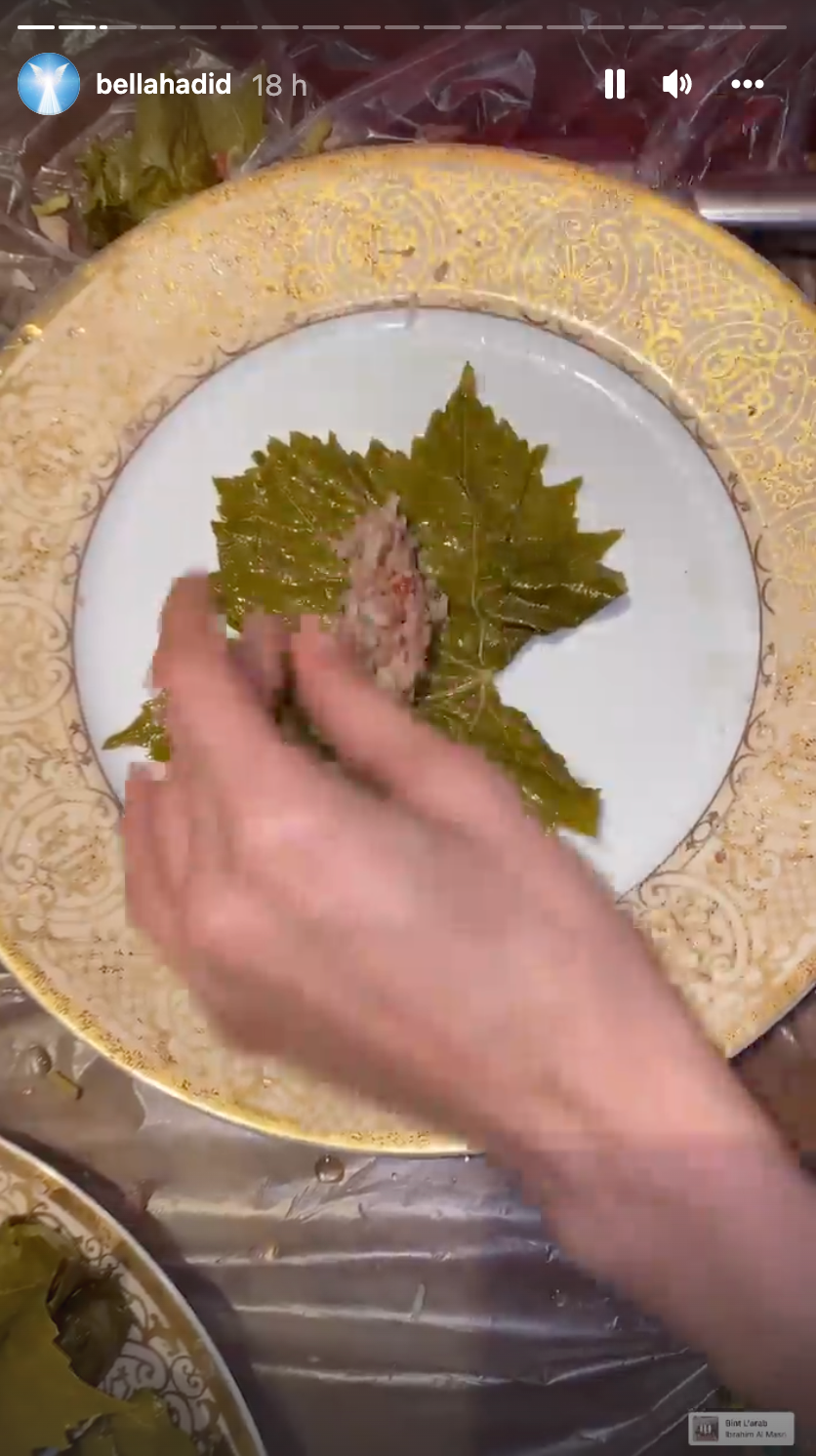 The snaps shared by Bella on her Instagram stories featured a huge pot filled with zucchini, bell peppers, eggplants, and stuffed grape leaves, following a couple of videos, Hadid made sure to feature her dad in the stories, as she took a picture of him holding a plate of 'manaqeesh Zaa'tar' while he was wearing a black chef costume with a chef's hat that reads: 'ZENYARA' 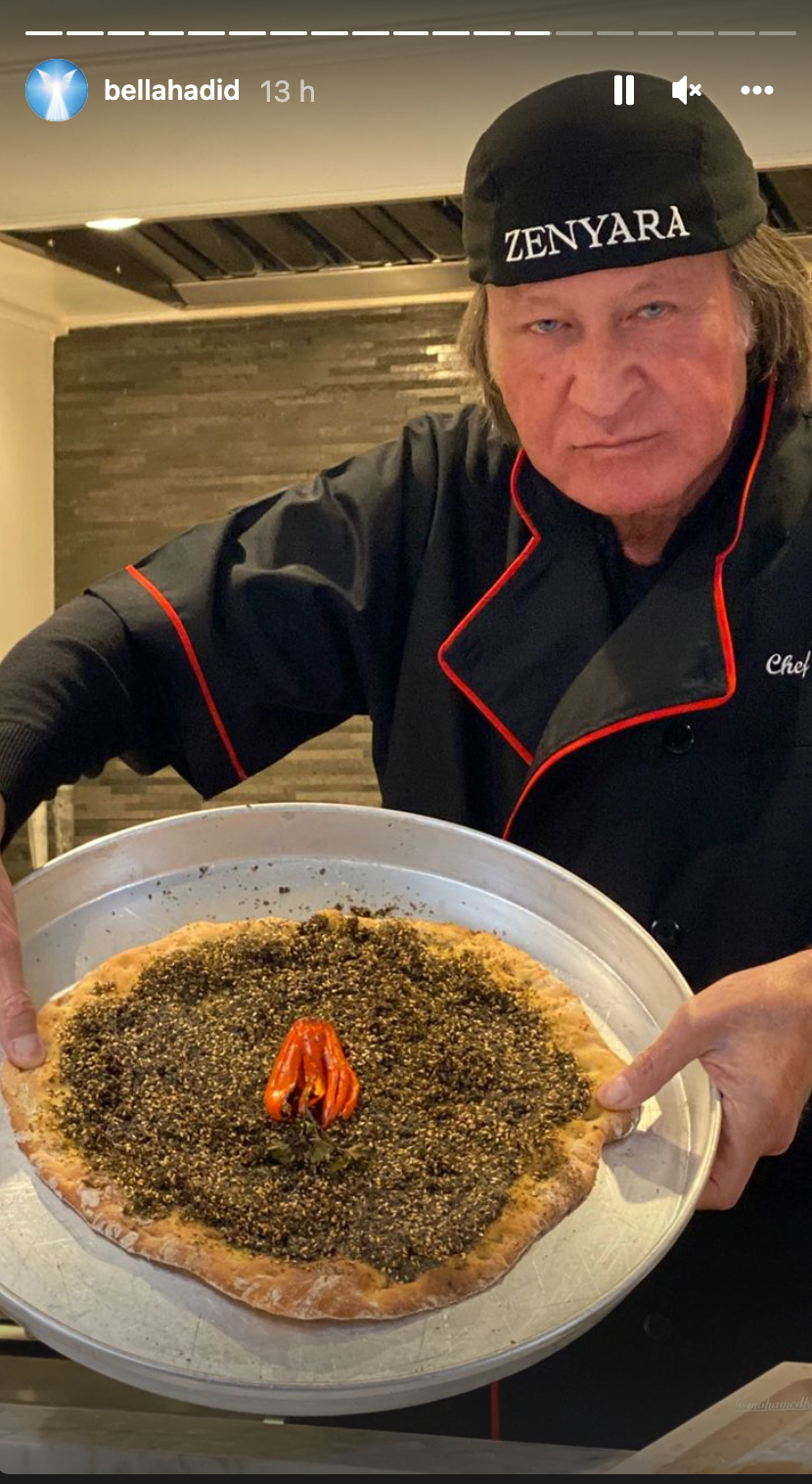 Bella Hadid, her sister Gigi and brother Anwar Hadid were born to a Palestinian-American father, and the family have always spoken of their Arab roots and are proud of it.

Gigi and Bella are vocal supporters of Palestine and have embraced it both on social media and took part in many protests supporting Palestine.