She famously ditched her signature slime green strands and reemerged as a blonde bombshell just one week ago.

And Billie Eilish is clearly still smitten with her new look as she took to Instagram on Wednesday to show off her Gucci-only outfit.

The 19-year-old Grammy Award-winner, who boasts 79.6million followers, let her bright blonde tresses and wispy bangs poke out from beneath a woven bucket hat.

The trendy cap featured the brand's iconic monicker in gold, which coordinated with her oversized Gucci polo shirt. 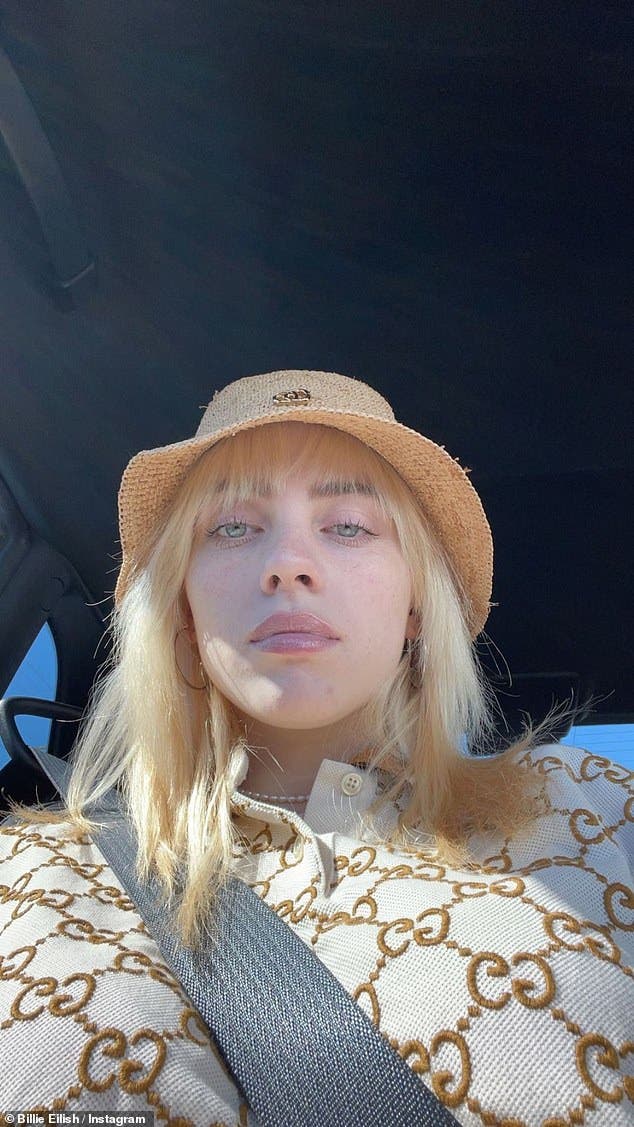 Also known to accessorize, the Bad Guy songstress rocked a pair of hoop earrings and a single pearlescent choker.

To complete the ensemble, Eilish threw on some beige cut-off shirts, some Gucci crew socks, and a pair of unlaced Converse sneakers.

Although she oozed confidence, Billie has since deleted her showy snapshots from her Instagram Story.

Channeling her more casual side, Eilish returned to Instagram an hour later to upload a brief video from inside her Los Angeles home.

Her blonde shag was on full displayed and looked slightly more yellow due to the dim lighting in the room. 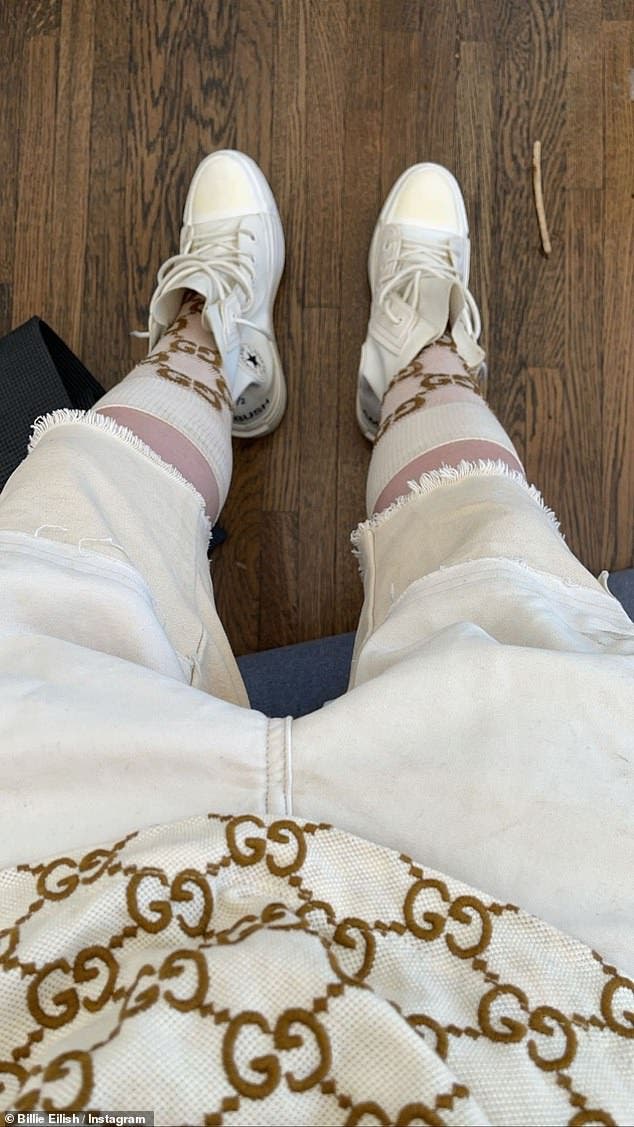 Billie did not say anything in the clip, but she lightly shook her head and pouted for the camera.

Eilish's posts on Wednesday come exactly a week after she nearly broke the internet by revealing that she had gone blonde.

The transformation went over so well with her followers that it quickly became one of the top 10 most liked posts on Instagram.

Fans were shocked and delighted by the Grammy winner's seemingly sudden move from her fluorescent green roots and black tipped locks to a Marilyn Monroe inspired coif.

However, no post can compete with the number one spot - a random photo of an egg - with 54.9 million posts. The egg snap was shared with the express purpose of becoming the most liked post on Instagram.

As for Eilish, her new look was first seen on a different platform, TikTok, before making it on Insta.

There, she confessed that her new platinum blonde hair was actually hidden underneath a wig for two months as she secretly visited the salon to create an entirely new hairstyle.