BREAKING: Ghada Abdelrazek Marries for the 12th Time.. Who Is the Groom? (Picture)

A source close to Egyptian actress Ghada Abdelrazek said that she married cinematography director Haitham Zenita, who is the director of her new series "Sultana Al Moez," shown in the ongoing Ramadan series race.

The source confirmed to Foochia.com that the episode, that witnessed Ghada Abdelrazek's wedding in the series, was a small celebration of her actual wedding as well, explaining that she was a bride in the series and in reality; and married Haitham Zenita.

The source added that Ghada Abdelrazek preferred not to announce the marriage in the current period, so that no one would link it to the fact that she is promoting her series, indicating that she had met Haitham when they were filming her series "Hekaya Hayat" back in 2013. 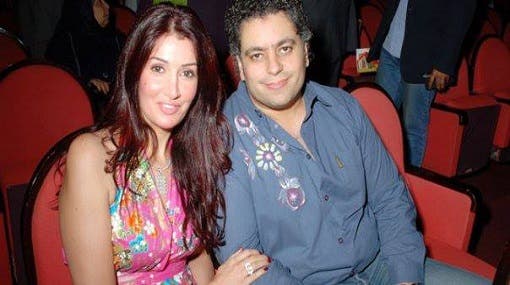 The source pointed out that Ghada and Haitham had a close relationship for a while after the series "Hekaya Hayat," then they went solo for a while and then reconnected again a year ago, after details of marriage were agreed upon.

The source confirmed that her marriage took place two weeks ago and the groom presented jewelry to her "shabkah," explaining that series creator Iyad Ibrahim and director Mohamed Bakir attested to the marriage contract.

The source said that Ghada Abdelrazek decided to throw a simple wedding ceremony for close friends and family after Ramadan, and she will not wear a white dress.

As for the honeymoon, the couple will take an internal trip in Egypt, as it is currently safer due to the outbreak of Coronavirus, and traveling abroad is difficult with flights suspended, so they may travel to El Gouna for a month.