Kerem Bürsin is one handsome and busy actor.

As the Turkish actor acheives smashing success in his hit series Sen Çal Kapimi (You Knock on My Door) next to co-star Hande Erçel, there he is getting ready to film season five of Aynen Aynen 'Exactly Exactly'.

Kerem and his co-star Nilperi Şahinkaya have teased viewers by unfolding the poster of season five, and it is hilarious.

Bürsin sported a wedding gown and a veil while actress Nilperi Şahinkaya wore a groom's tuxedo. 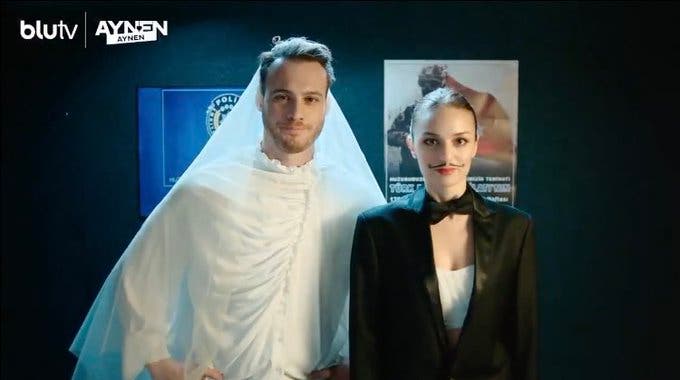 Kerem's face expression in the poster was priceless as if he was forced into the costume while having a laugh about it.

His co-star Şahinkaya also made a comment about their photoshoot.

She said: 'There is discrimination between men and women. Kerem and writer of the series comment a lot on this topic, and they wanted to clarify that a woman can become a man and a man can become a woman .. Men are not higher than women.'

Şahinkaya has been acting with Kerem Bürsin for several seasons in the TV series 'Exactly Exactly' broadcast on the digital platform BluTV. 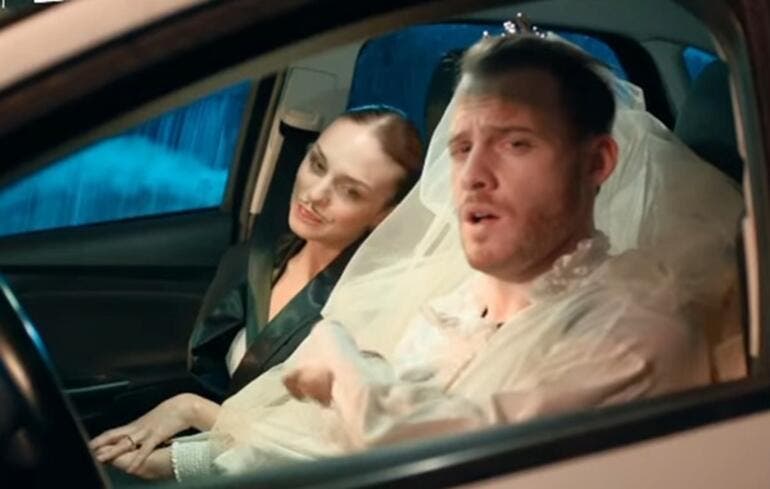