While people all over the world are panic-buying essentials due to the Corona virus outbreak like toilet roll, hand wash and tinned foods- Oli London has gone to the extreme.

The BTS Superfan, has said the only thing he needs during the crisis is BTS. So he has purchased 5000 copies of a new K-pop magazine featuring the band as well as an article on himself.

In a video posted on his Instagram the reality star showed off over 50 boxes filled with magazines that he says have been delivered to help him get through the quarantine period and to show his support for BTS and Korea.

I've ordered 5000 copies of K-Pop magazine @kjou_official because BTS, Jimin and me are in it. While I am in self-isolation the only thing I need is BTS to make me happy. This is my way of showing my love and support for Jimin. Love BTS so much. ?? What's your essential during self-isolation? ?? Order a copy of new K-pop magazine @kjou_official now featuring articles on BTS, me, new K-pop group @kaachi_official and many more! ? ? @pheobe_ran2 #OliLondon #BTS #Jimin #Kpop #Kjou

Holding up newly launched K-Pop magazine, KJou, which features BTS on the cover as well as numerous articles on the band and even an article on Oli London himself Oli declares "While people have been rushing to buy essential products like toilet roll and hand sanitiser, for me all I need to feel safe and happy is magazines filled with pictures of BTS, Jimin and myself. There is a whole two page article featuring some photos of me and talking about my marriage to my cardboard cutout of Jimin. 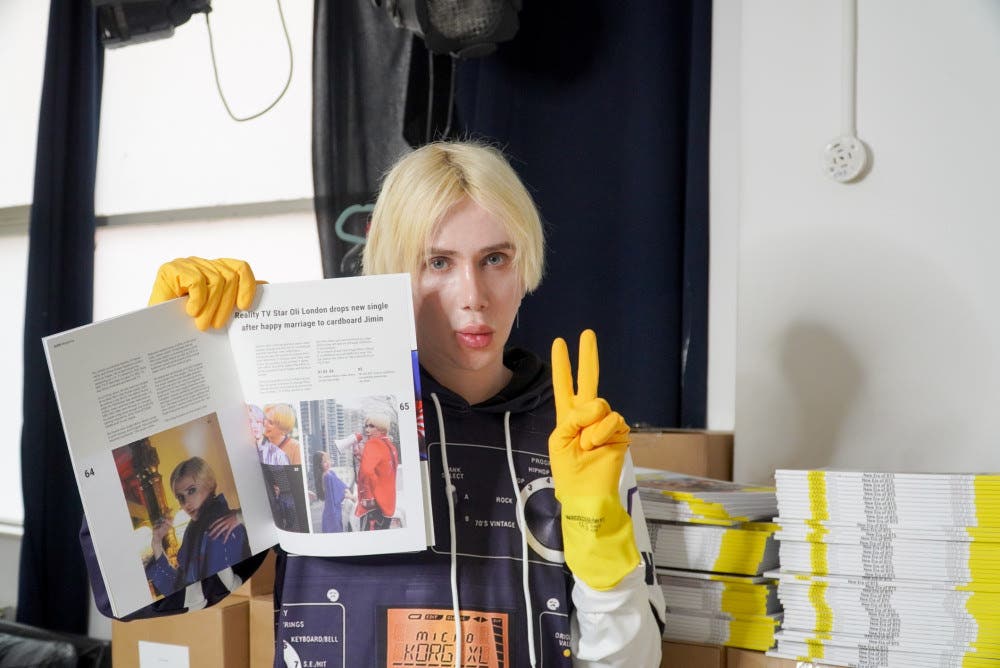 I love the photos of Jimin so much so I decided to order 5000 copies. Why not? They are really great photos of me and BTS. I cannot stop looking at them". 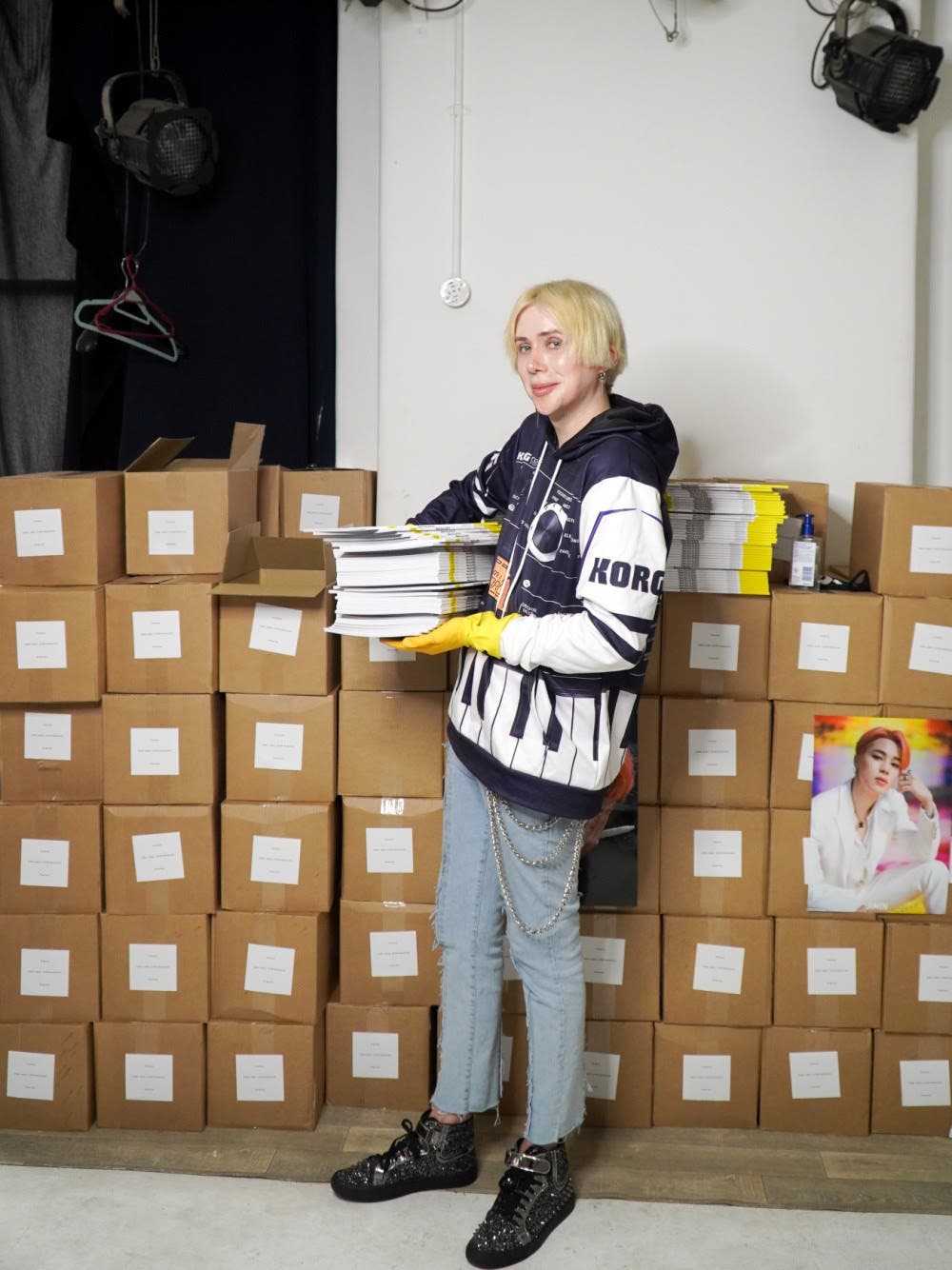 Many critics of the controversial reality star have called him out for being 'self-obsessed' after spending $150,000 on plastic surgery to look like the K-Pop star.

Now after his latest display of his extreme dedication to BTS, fans are shocked that his obsession has reached new heights.

This comes months after he married a cardboard cutout of Jimin in a Las Vegas ceremony which aired on Daily Mail TV and MBC News. 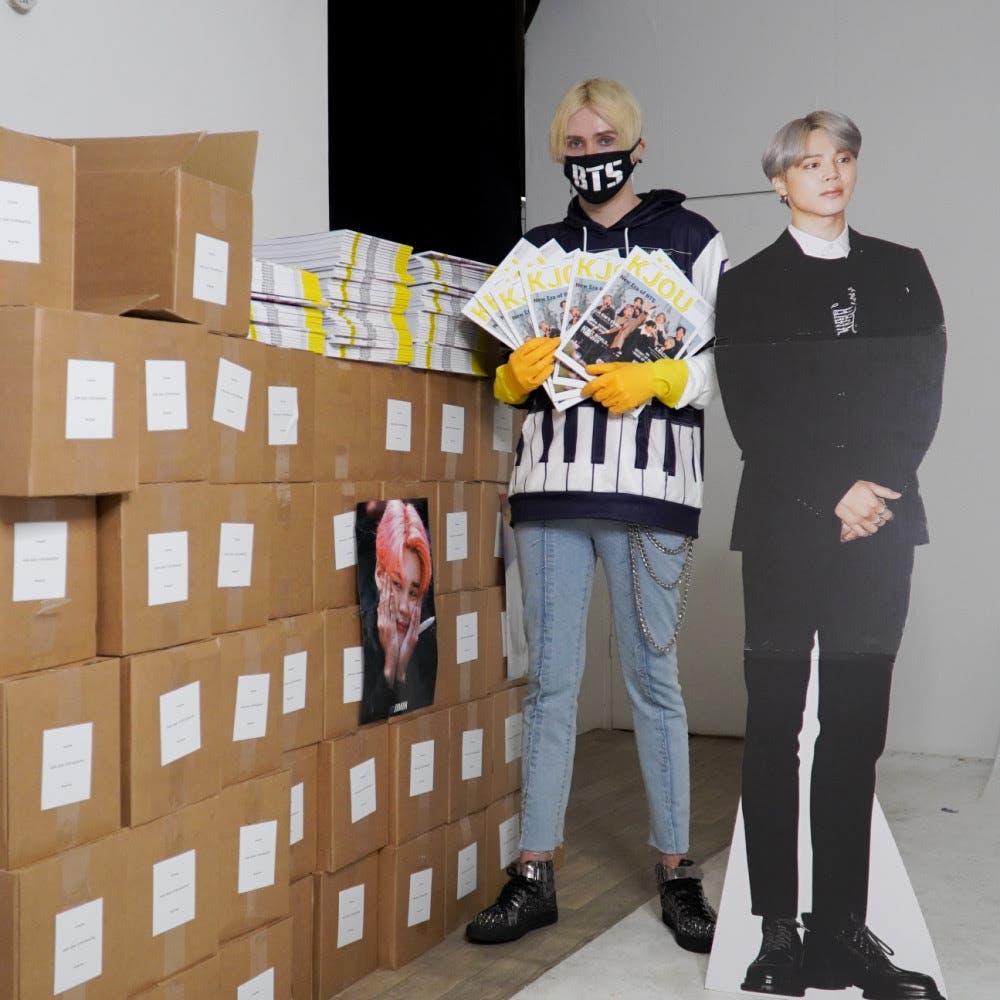