British K-Pop superfan, Oli London, 30, who infamously married a cardboard cutout of his favourite Kpop idol BTS singer Jimin back in January in a bizarre Las Vegas ceremony, has now celebrated his honeymoon with his 'cardboard cutout' husband in lockdown. 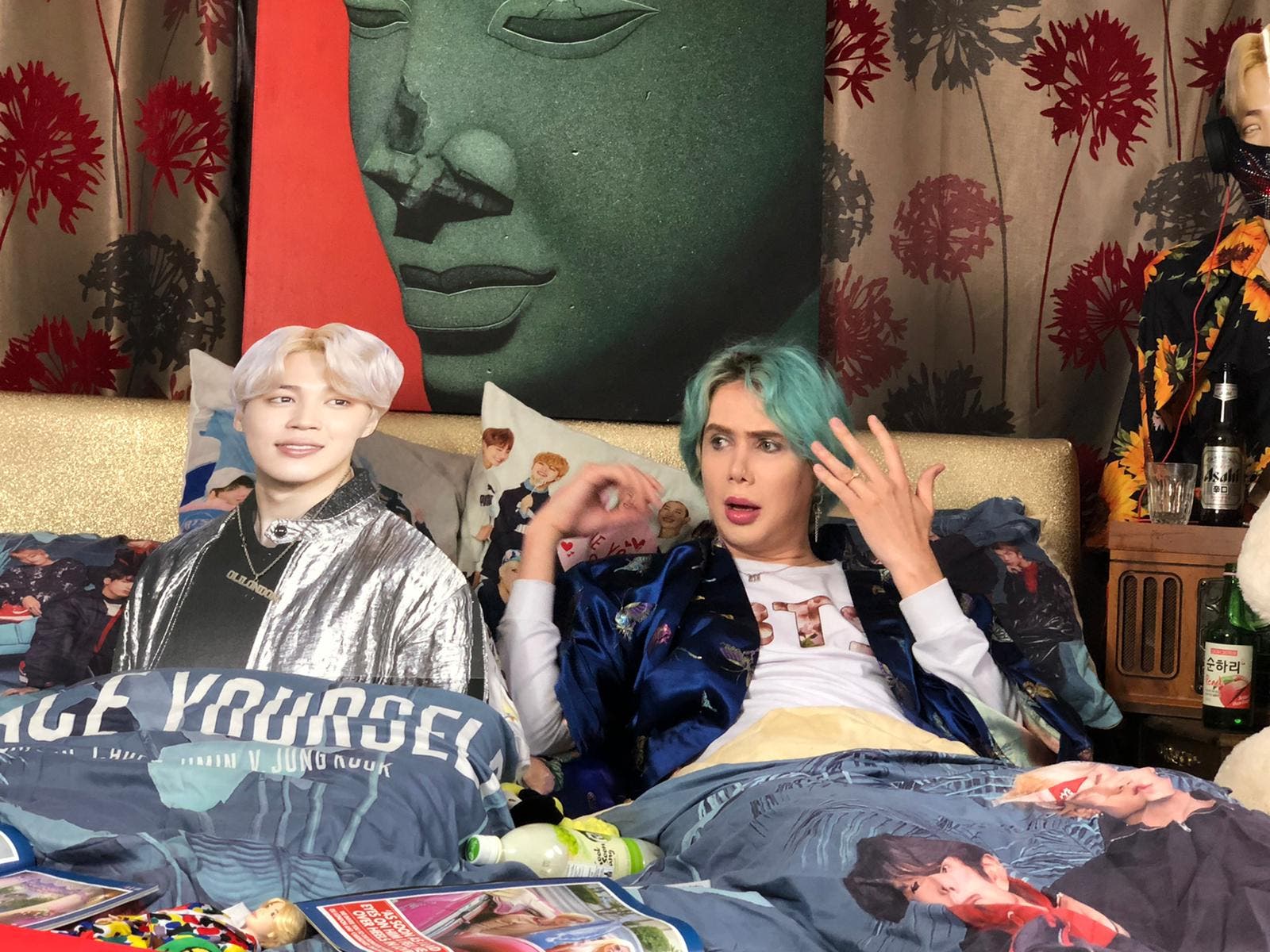 Appearing on Daily Mail TV back in January, the British man said his vows at the Viva Las Vegas Wedding Chapel in Las Vegas, presided over by an Elvis Presley impersonator.

Now, after being stuck in lockdown for 2 months and having to cancel his honeymoon to Korea, the loved-up K-Pop fan has released a Youtube video 'I Love Korea' showing how he celebrated his honeymoon while in lockdown at home with Jimin.

In the video, which is reminiscent of the Hangover movie the Reality TV star, most famous for appearances on Dr. Phil, E! Botched and Barcroft TV, wakes up hungover in bed after receiving a call from 'Dr Phil' (In a nod to his recent appearance on the American talk show) surrounded by K-pop merchandise and Korean food and drinks. 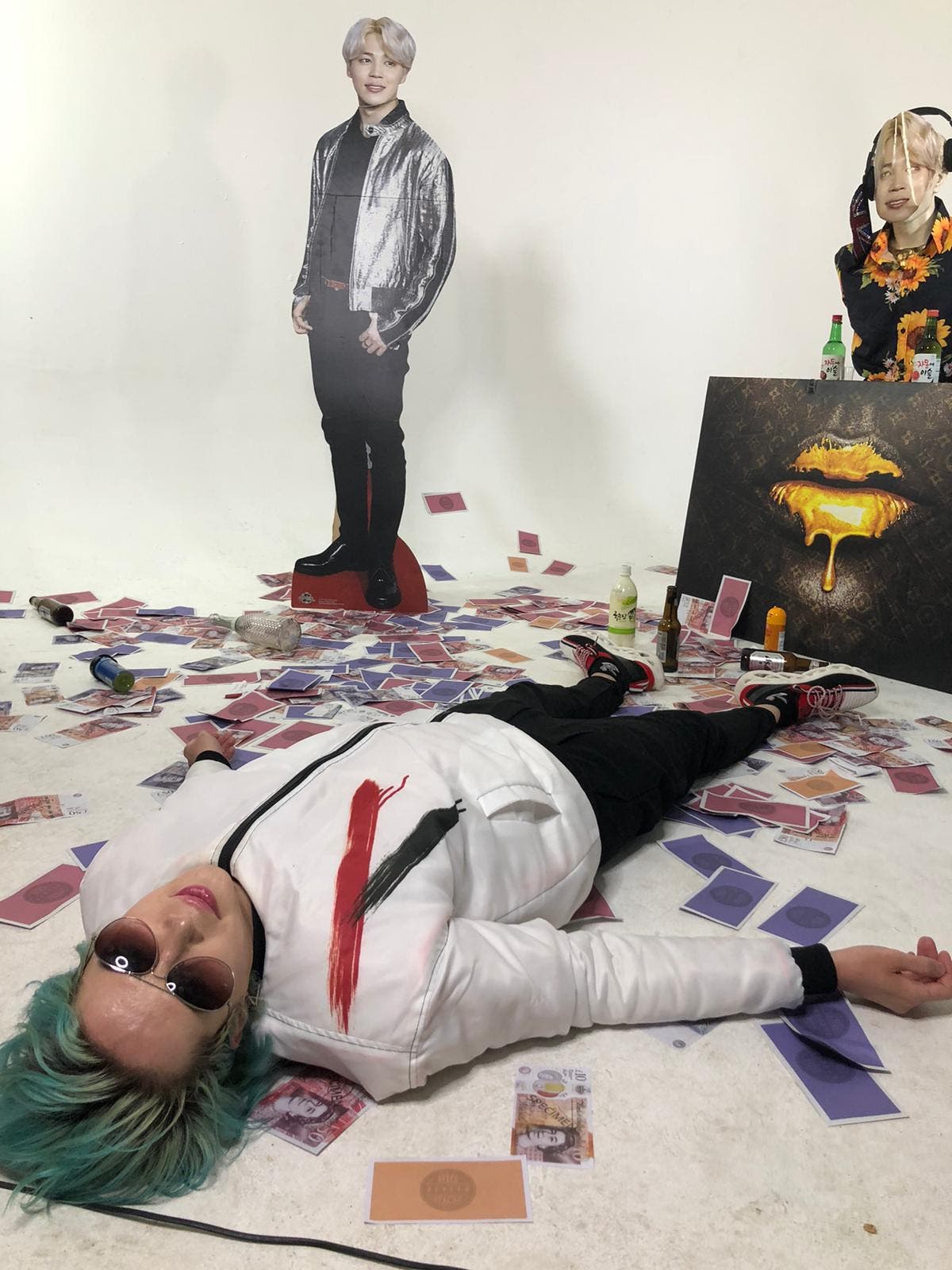 Waking up from his hangover he tries to recall the memories from his wedding night, involving dancing in a club for the cardboard cutout and most shockingly of all taking a bath filled with noodles.

Oli appears in his bathtub with the cardboard Jimin (Despite the fact that Cardboard is not waterproof) covered in noodles. He then precedes to pour soy sauce over himself and eat the noodles while singing the lyrics 'I Love Korea, oh yes I do, You Know it's True, You Know I'm such a Fan' whilst being surrounded by packets of Korean Ramen noodles and beverages. 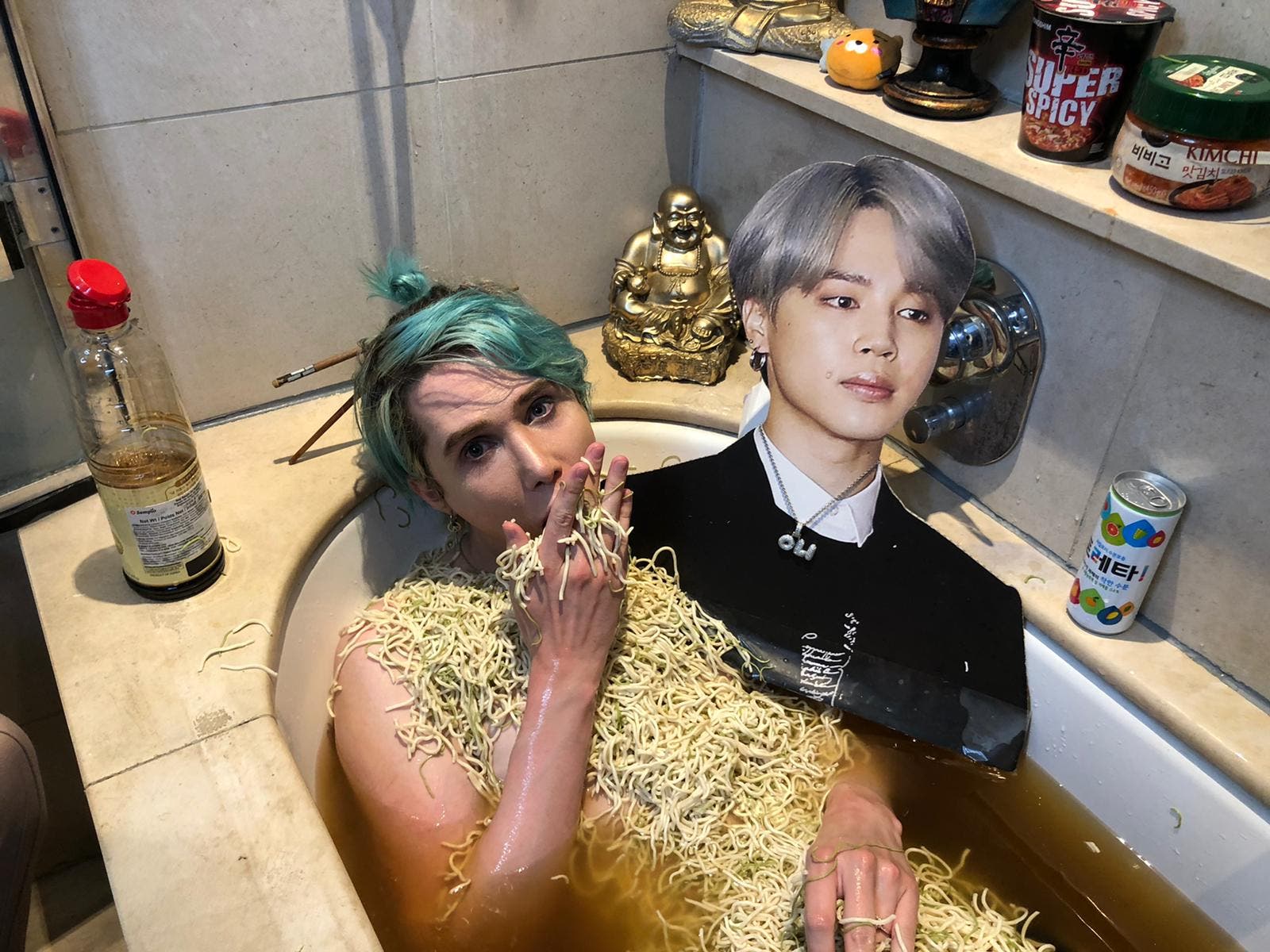 Oli explains "The video is a light-hearted and fun Hangover Movie inspired clip made to cheer up all my fans during the lockdown. I filmed it all in my house with my housemates and the song celebrates my absolute adoration for Jimin and love of everything Korean. The noodle bath is something I do regularly to detox my skin and the soy sauce helps cleanse my body and make me feel rejuvenated. I don't waste the noodles though I eat them at the same time". He continues "I hope after lockdowm Jimin and I can have a proper honeymoon on the beach in Korea. In the meantime I will continue to bathe in noodles and entertain him". 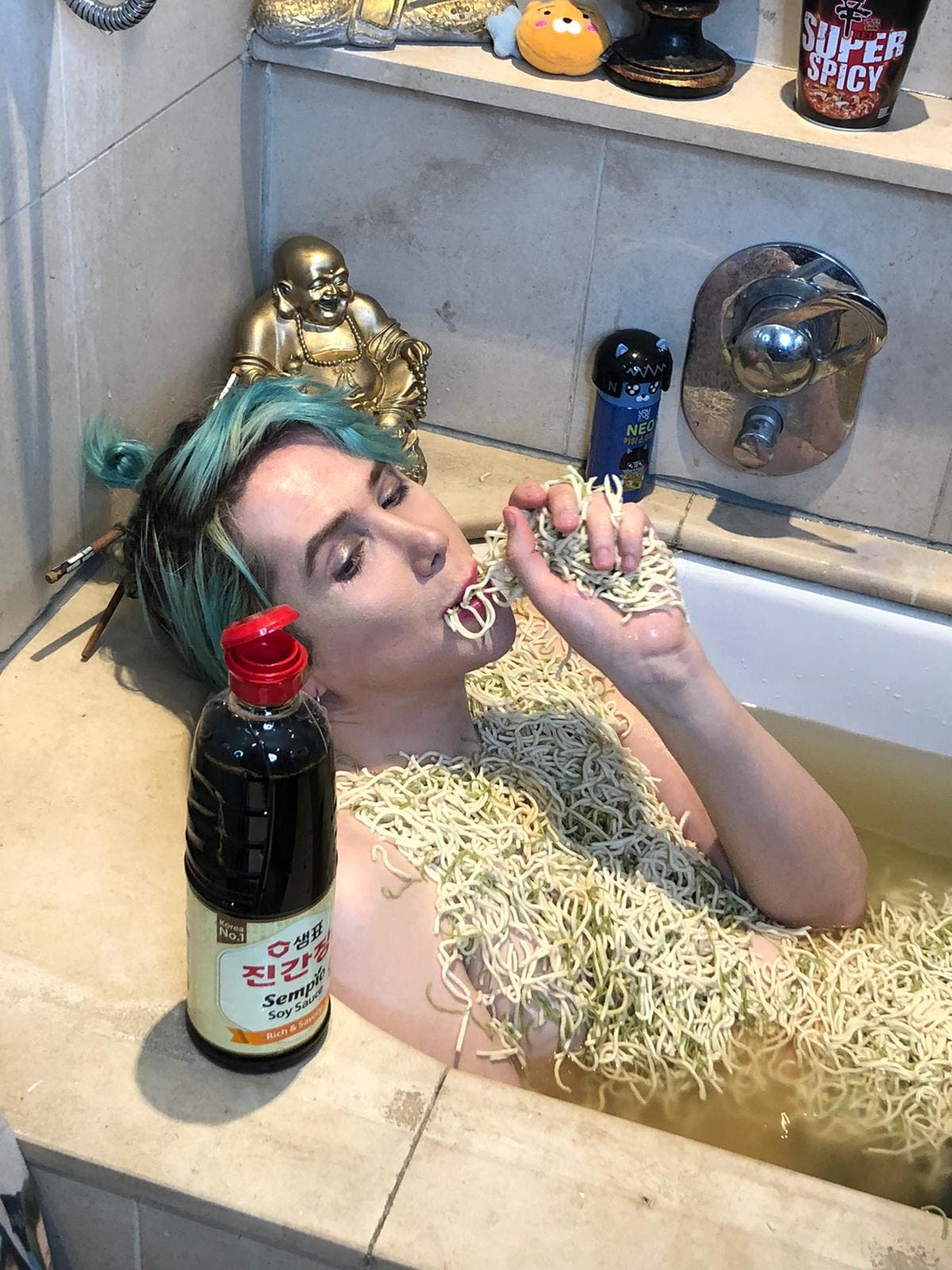